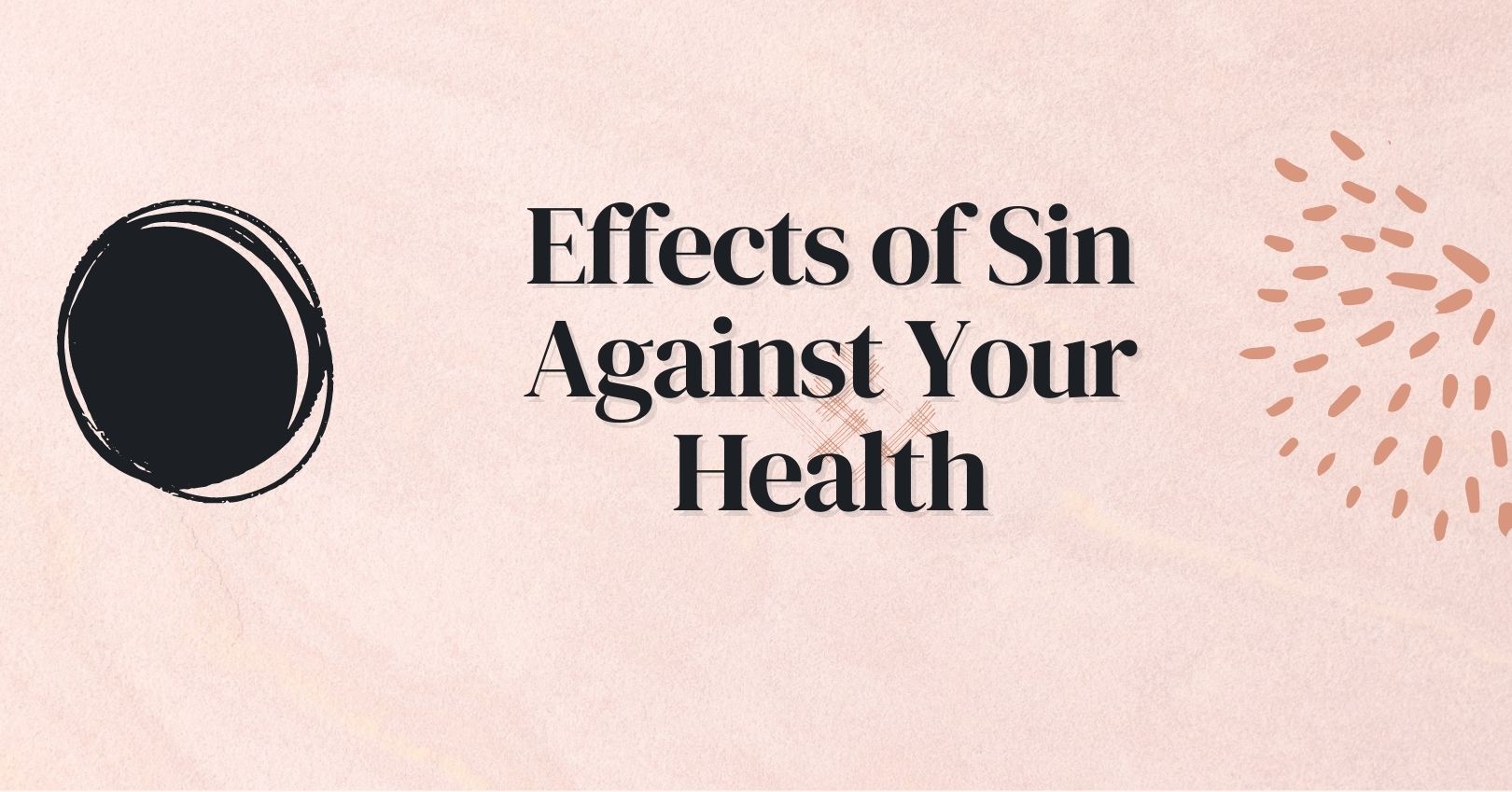 Sin has many consequences but the worst is separation from God, which is eternal death. It is possible to be alive physically on earth while you are dead before God spiritually. Sin is extremely deadly and dangerous.

“And you hath he quickened, who were dead in trespasses and sins; That at that time ye were without Christ, being aliens from the commonwealth of Israel, and strangers from the covenants of promise, having no hope, and without God in the world”

Adam and Eve were separated from God the day they ate fruits from the forbidden tree. God cursed them and they became enemies of God. Cain killed his brother Abel and received a curse. He became the first vagabond and fugitive on earth. The sons of Noah started their lives without involving God. The consequence of their rebellion was that God put confusion among them by scattering their language and scattered them upon the face of the earth and they stopped their project.

“And the whole earth was of one language, and of one speech. And it came to pass, as they journeyed from the east, that they found a plain in the land of Shinar; and they dwelt there. And they said one to another, Go to, let us make brick, and burn them throughly. And they had brick for stone, and slime had they for morter.And they said, Go to, let us build us a city and a tower, whose top may reach unto heaven; and let us make us a name, lest we be scattered abroad upon the face of the whole earth. And the LORD came down to see the city and the tower, which the children of men builded. And the LORD said, Behold, the people is one, and they have all one language; and this they begin to do: and now nothing will be restrained from them, which they have imagined to do. Go to, let us go down, and there confound their language, that they may not understand one another’s speech. So the LORD scattered them abroad from thence upon the face of all the earth: and they left off to build the city”

Every sin has a repercussion, as you will find out if you study the Bible carefully. It is best to abstain from all sin. If you do, however, commit a sin, you must promptly confess it, turn away from it, and ask God to pardon you.

“He that covereth his sins shall not prosper: but whoso confesseth and forsaketh them shall have mercy” (Proverbs 28:13).

Sarah, the wife of Abraham, because of her barrenness empowered her house cleaner to take over her position. The consequence of that sin was that her house cleaner disrespected her, grieved Abraham and gave birth to a child and that brought a polygamous war in Abraham’s family. The people of Sodom and Gomorrah became wicked and some of them became blind instantly. God later destroyed their cities and all their people with brimstone and fire.

The wife of Lot became uncontrollably worldly and looked back in disobedience to God’s instruction. She became a pillar of useless salt.

Esau was so careless to despise his birthright and he regretted it the rest of his life. There is always a consequence for every sin.

“And Jacob sod pottage: and Esau came from the field, and he was faint: And Esau said to Jacob, Feed me, I pray thee, with that same red pottage; for I am faint: therefore was his name called Edom. And Jacob said, Sell me this day thy birthright. And Esau said, Behold, I am at the point to die: and what profit shall this birthright do to me? And Jacob said, Swear to me this day; and he swore unto him: and he sold his birthright unto Jacob. Then Jacob gave Esau bread and pottage of lentiles; and he did eat and drink, and rose up, and went his way: thus Esau despised his birthright”

Reuben, the first son of Jacob, committed an abomination by sleeping with Bilhab, his father’s concubine. As a result, he lost his excellent spirit, position and rights of the first-born, and all the blessings attached to it. His father cursed him and it affected his unborn children. Miriam spoke against Moses and she was locked away from her people for seven days because leprosy attacked her. Korah, Dathan, Abiriam were so popular and it entered into their heads. They ganged up against a divinely constituted body, Moses and Aaron. They envied, conspired and murmured against them, and accused them wrongly. The consequence of that sin was that the earth opened her mouth and ate them alive together with all their families.

Sin can destroy a person, a whole family or nation and take them to hell fire if they refuse to repent.

“The wicked shall be turned into hell, and all the nations that forget God”

Sin serves as a free pass for the devil and his minions to enter a person’s life. It may obliterate an entire family, a company, and devour human flesh. Sin can cause war, death and make people to lose everything they have to the devil. Someone’s life may be thorny as a result of sin.
Sin is, more importantly, disobedience to God’s Word. It transgresses God’s prohibition. It has the power to seize a person and deliver him to the devil, his worst enemy. A whole nation can be sold by sin to its enemies for seven, eight, twenty, or even all of eternity in pain.

The worst mistake someone can make in his life is to commit sin, and then postpone his repentance or refuse to repent of his sin. Sin can enter into any city and empower the devil to kill, cause war and cause people to be defeated in their lives. Sin brings captivity, dethrones people from their positions and terminates destinies. Sin can defeat a person, all his friends and helpers. Sin can attack victims with incurable diseases to death.

Sin can open your life for demonic possession and attacks with all manners of sickness and diseases. Sin brings fear, evil storms, lameness, dumbness, blindness and poverty.

“Afterward Jesus findeth him in the temple, and said unto him, Behold, thou art made whole: sin no more, lest a worse thing come unto thee”

The best cure for sin is true repentance and forsaking of all sins. If you would acknowledge your sins, confess and forsake them, every problem in your life would fall off eventually. I want you to take a decision for God today. Take a decision against sin, return to God with all your heart and decide to serve God only. You need a sound health for without it, you cannot fulfill your destiny.