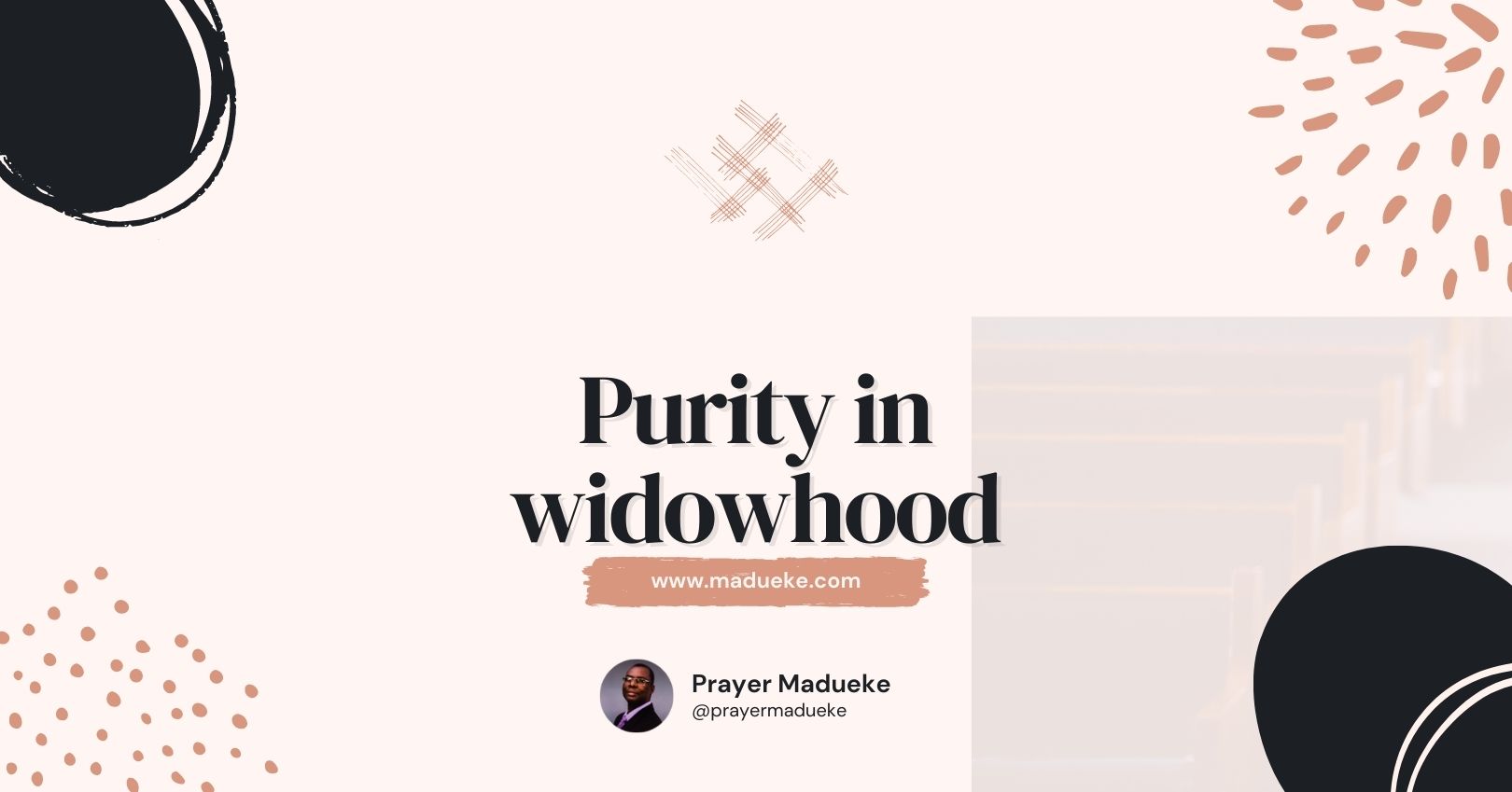 Widowhood can be a time of great sorrow and loss, but it can also be a time for reflection and personal growth. Purity in widowhood can mean staying true to oneself and one’s values, letting go of past hurt and focusing on the present and future. Jesus monitors every activity on earth to see how committed you are.

“And there was one Anna, a prophetess, the daughter of Phanuel, of the tribe of Aser: she was of a great age, and had lived with an husband seven years from her virginity; And she was a widow of about fourscore and four years, which departed not from the temple, but served God with fastings and prayers night and day. And she coming in that instant gave thanks likewise unto the Lord, and spake of him to all them that looked for redemption in Jerusalem”

“There was a man of the Pharisees, named Nicodemus, a ruler of the Jews: The same came to Jesus by night, and said unto him, Rabbi, we know that thou art a teacher come from God: for no man can do these miracles that thou doest, except God be with him. Jesus answered and said unto him, Verily, verily, I say unto thee, Except a man be born again, he cannot see the kingdom of God”

Anna was a widow who kept herself pure and holy and God empowered her with gifts of a prophet. She was only married for seven years before her husband died. Though she married as a virgin, she remained a widow for about 84 years as a prophet. She worked for God in the temple, fasting and praying night and day. Eventually, she lived to see Christ whom she prayed for his coming for many years.

“Dwight L. Moody shared a story about Susannah Wesley, a mother who invested in her children through prayer, resulting in the famous sons John and Charles Wesley. The story was told at a meeting in Chicago in 1876 to inspire Christian women to pray for the salvation of their loved ones. The story goes, a young man approached him at a meeting in Nashville during the war, visibly shaken. When asked what was troubling him, the young man replied that he received a letter from his sister who told him that every night, as the sun sets, she prays for him.”

This man was brave and had fought many battles. He could stand in front of the canon, yet a simple letter completely distressed him.

Anna was a praying widow and a prophetess of God for 84 years. Her major prayer point was that God would send a redeemer to the world. God honors women that obey His Word; likewise women who keep themselves in a place of total purity and surrender to Him irrespective of the tempting cares of the world.

Prayers of Purification for Widows