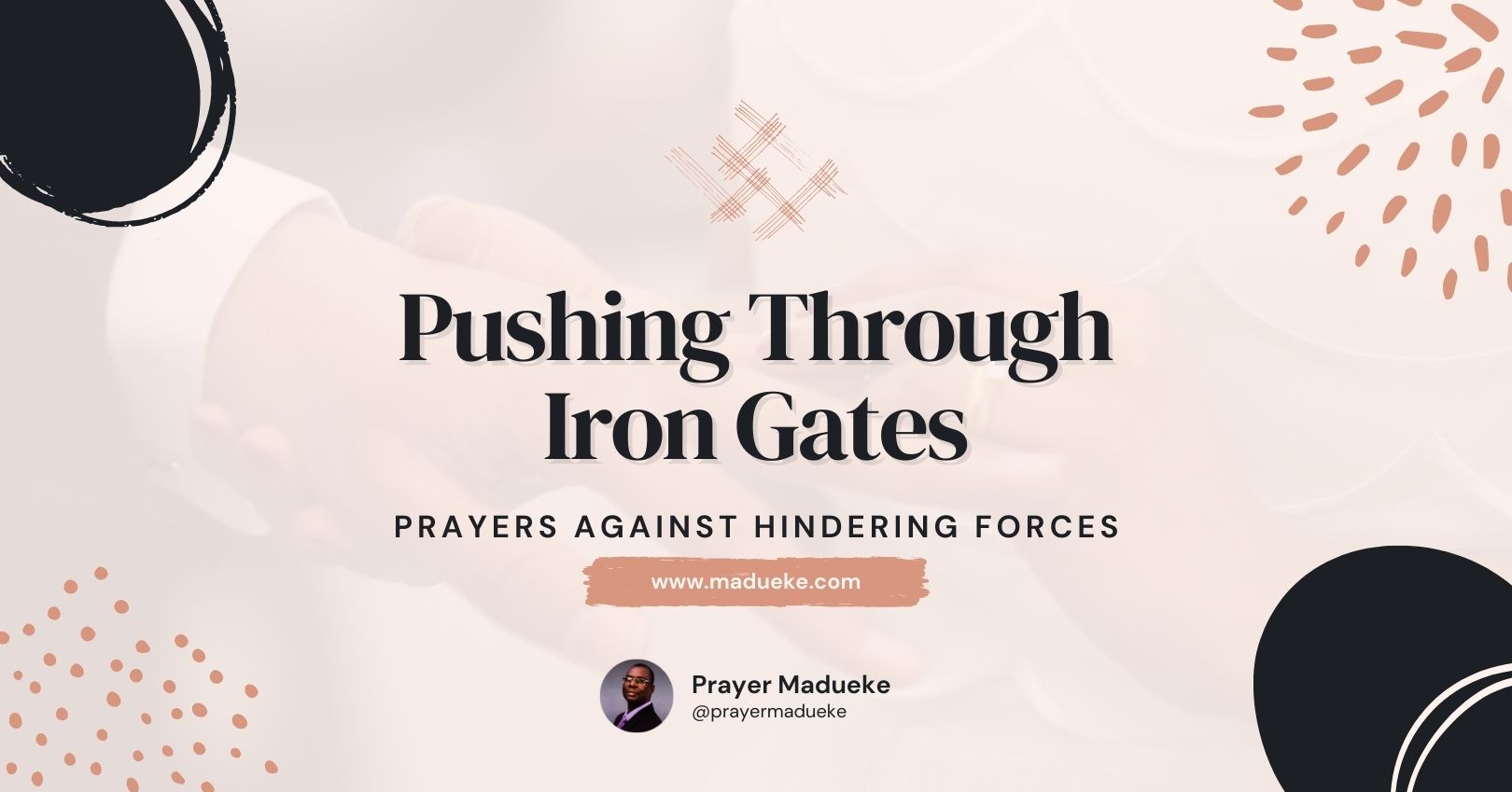 Hannah was a true child of God. She led a pure life and passed through character deliverance but her conception needed to pass through the Iron Gate that led to the city. She saw the need, prayed and fasted and God delivered her from barrenness.

Eli was a man of God; a priest of God. He was mightily led by God to preserve the life of one of the greatest prophets in the Bible, Samuel. However, his own children’s characters needed to be prayed across the Iron Gate that led to the city. Many believers’ yokes have been broken yet they allow Herod to meet them inside the prison yard.

It is true that God anointed David to be the King of Israel, but as long as Saul was still alive, he could not sit on the throne. He may kill one thousand Goliaths, but Saul must die before his kingship commences. His prayers must pass through the Iron Gate that led unto the city gate.

If you allow your Pharaoh to be alive, your Israel will not cross the red sea. If Elijah was not taken, Elisha must forget the crown of a double portion anointing. Jehoshaphat must go into the battlefield before his enemies would leave him alone. Your prayers must pass your destiny through the Iron Gate that leads into the city of God.

Peter would have died in prison but because of prayers of the saints, he crossed the first and second wardens and came into the Iron Gate that led into the city. If you pray the prayers in this book faithfully, plus the ones you are going to write down, your destiny will get into the city of God where every provision of life is stored.

Elijah prayed and fire came down from heaven. His prayers overcame the evil powers of hell. The powers of the aircould not stand hisprayers. His yokes were broken and abundant rain came.

The yoke of death was upon the children of Israel in the days of king Ahasuerus and Haman. Esther and Mordecai prayed and their prayers broke the yoke and the whole nation passed through the Iron Gate that led into the City.

What are the yokes of bondage holding you, your family and people around you? Write then down and plan on how to go into prayer assault against your enemy. You can pray like Mordecai and Esther. The prayers of Daniel conquered all his enemies, including the lions in the den. What has your prayer done to Satan?