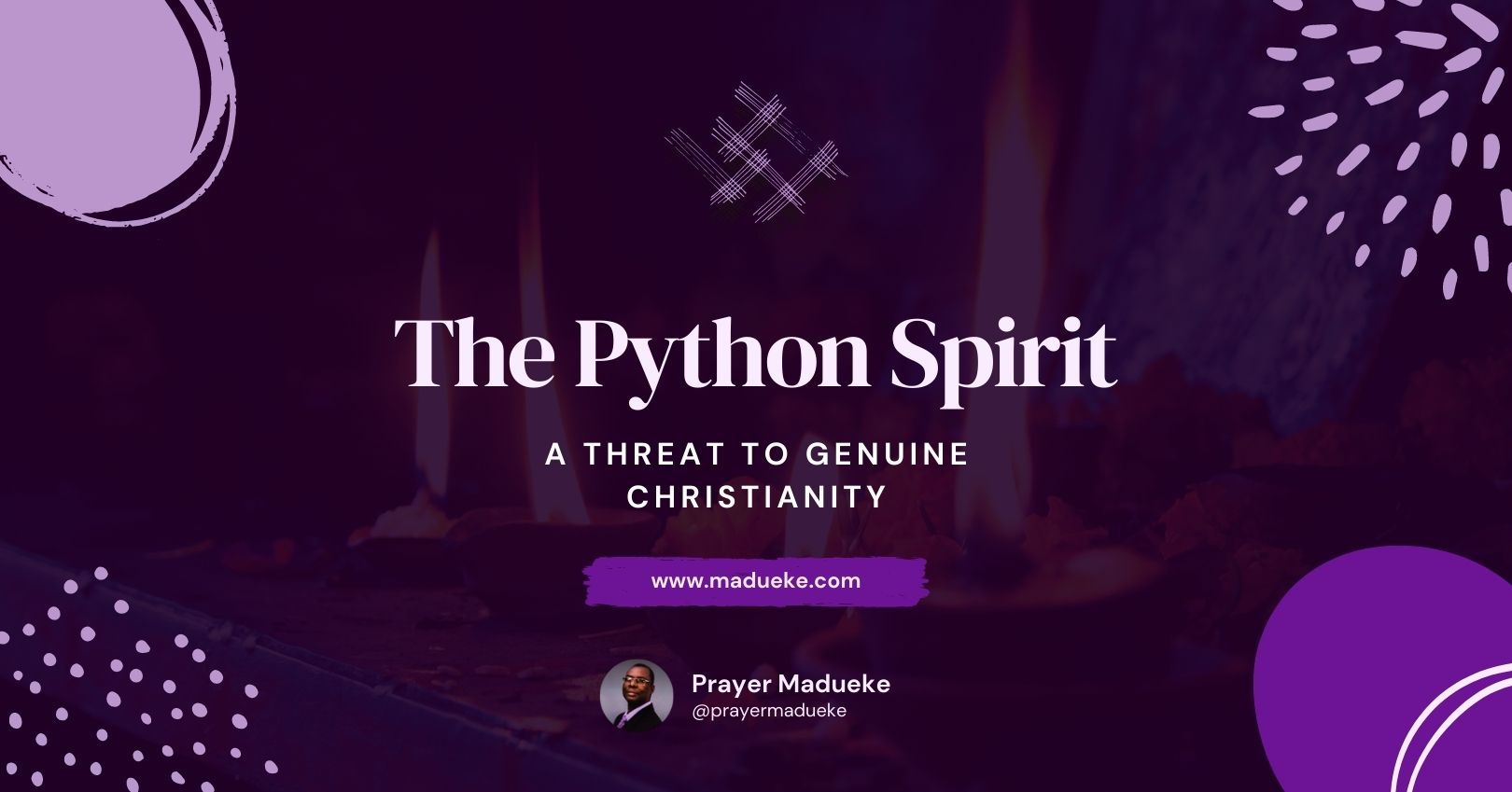 A python is a monstrous serpent, often used by the devil. Python serpents are trusted agents of the devil, acting more or less like the devil in nature. The python spirit, cobra, and serpent are all under a principality called Leviathan, which is in charge of all fearful animals both in the water, air, and land. Python, Cobra, and Serpent are Leviathan’s messengers, the beast, the prince of death, and hell.

The python spirit often possesses people. Python-spirit-possessed people are known for falsehood, divination, and enchantment. When the Python spirit entered Cain, Abel’s brother, he manipulated him into going to an evil field, probably a place of evil sacrifice, where he talked to him, fought him, and later killed him.

He manipulated Eve, told lies against God, and moved her to look at the forbidden fruits. He pushed her hands to reach out and pluck the fruit, then eat it against God’s will. Moreover, he possessed Eve, used her to deceive Adam, and compelled him to break the commandment of God.

Man was good from the beginning, made a little lower than the angels, but because of the schemes of the serpent, the Python spirit, and his voluntary disobedience, he failed, and all of mankind followed suit. Today, many genuine Christians are under the attack of the python spirit, and as a result, many are not married, while the married are having troubles. Many marriages have also gone bad because people have chased Christ from their homes and allowed the Python spirit, the serpent, into the garden of their homes. There are lots of cases of separation, barrenness, impotency, threats of divorce, and multiple divorces.

Sin is the major thing that invites demons on suicide missions with its problem, and the inability to resist sin opens the door to attacks. Every man is naturally inclined to do evil and live in sin without having any excuse before the eyes of God, but God in His mercy, intervened and sent his only begotten son to die for your sake and set you free.

Therefore, if you must be free from these demonic spirits, you are expected to draw near to God after repenting genuinely through the confession of your sins and forsaking it including prayers to resist the devil. Satan can attack you with or without sin, and if you do nothing in terms of praying and possibly fasting, the devil will illegally stay in your life to torment you.

Previous article
Prayers to Boost your Confidence in Christ
Next article
Avoiding Separation as a Solution: Seeking God’s Will