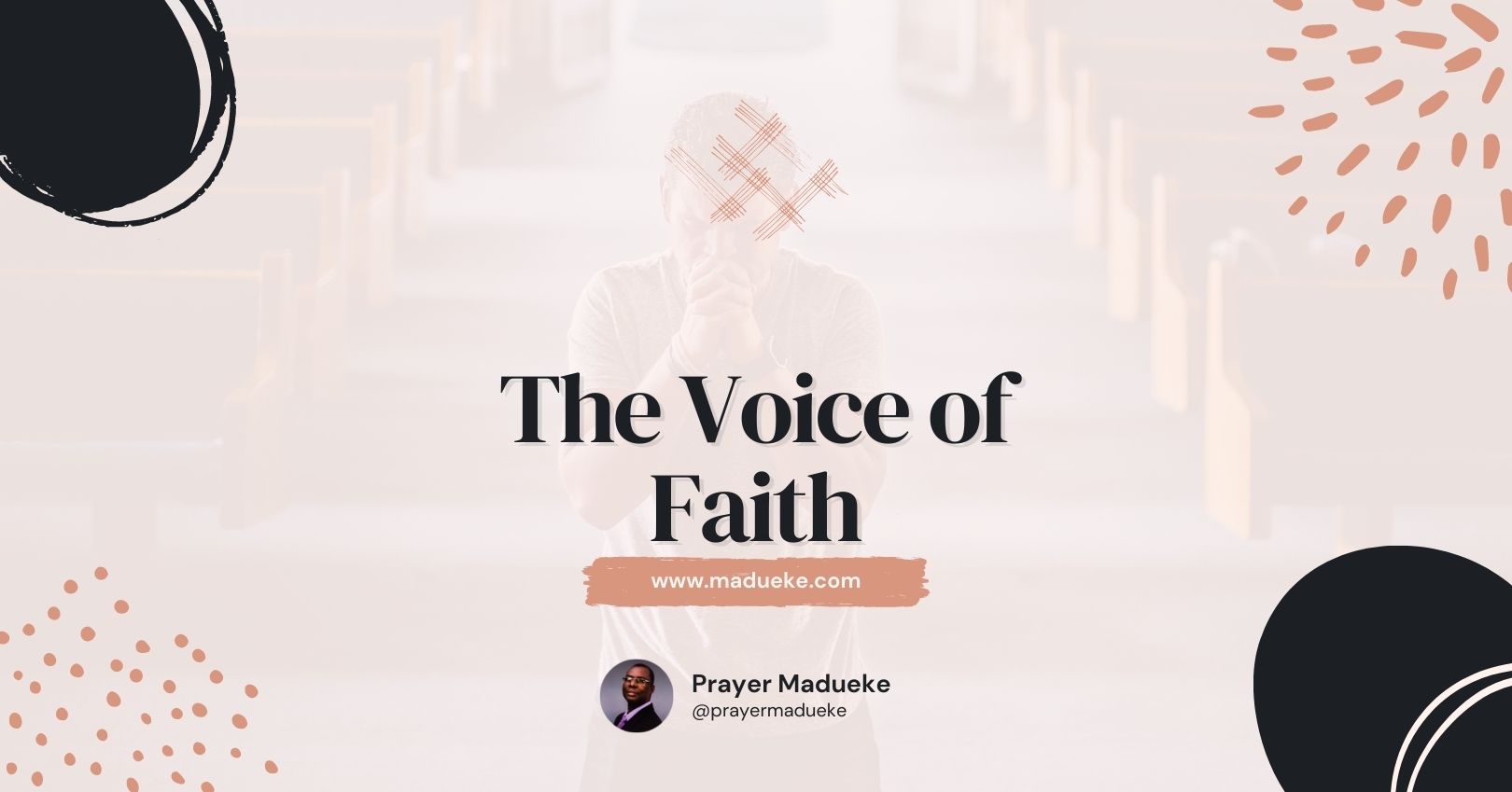 When a person believes something that is in line with God’s word, he should say it. The circumstances at that time may not be favorable, but that does not matter. It is a matter of time before they will all bow. Why? Because man is a superior creature.

Man is created in the image of God, after His likeness. Man is also given dominion over all other creatures in the whole universe. The word of God also has decreed that man should be fruitful with the power to subdue the earth and things under the earth. Every other creature is given to man as a gift from God.

Man, in his original nature was good (Genesis 1:31). Man was and presently at new birth is still the crown of God’s creation made only “a little lower than the angels.

“For thou hast made him a little lower than the angels, and hast crowned him with glory and honor.”

Man, in his original nature can say anything by faith, and it will stand despite the powers opposed to those words. When in faith we receive Christ, no power can stand against our words. Faith has a voice, and the voice of faith is the words of believers. And believers are those who believe the word of God.

The Bible says that Cain talked with Abel, his brother. From this passage, we understand that Abel must have spoken back to Cain by saying no to his evil demand or negatives words. That is what we mean by voice of faith. The beliefs of Cain and Abel are opposed to each other. Their words fought against each other until Cain rose and killed Abel, but that did not make Cain a victor because the blood of Abel could not be silenced by physical death. Death only increased that voice until it reached the greatest office in creation, and entered into the ears of God.

“And Cain talked with Abel his brother: and it came to pass, when they were in the field, that Cain rose up against Abel his brother, and slew him. And the LORD said unto Cain, where is Abel thy brother? And he said, I know not: Am I my brother’s keeper? And he said, what hast thou done? the voice of thy brother’s blood crieth unto me from the ground.”

Faith has a voice. So, when you believe, do not stop at that level. Say what you believe and stand on that even unto death. Even after the death of Cain who killed Abel, that blood kept speaking through the family of Cain.

God believes in his word, and he said it out aloud. We have to say it out loud before any opposing circumstances. This world we are now in that has lasted for many years came into existence by the voice of faith spoken by God. Everything we can see today is too small when compared to the ones we cannot see. All of them came by the spoken word of God.

“Through faith we understand that the worlds were framed by the word of God, so that things which are seen were not made of things which do appear.”

Prayers to Rekindle your Foundation