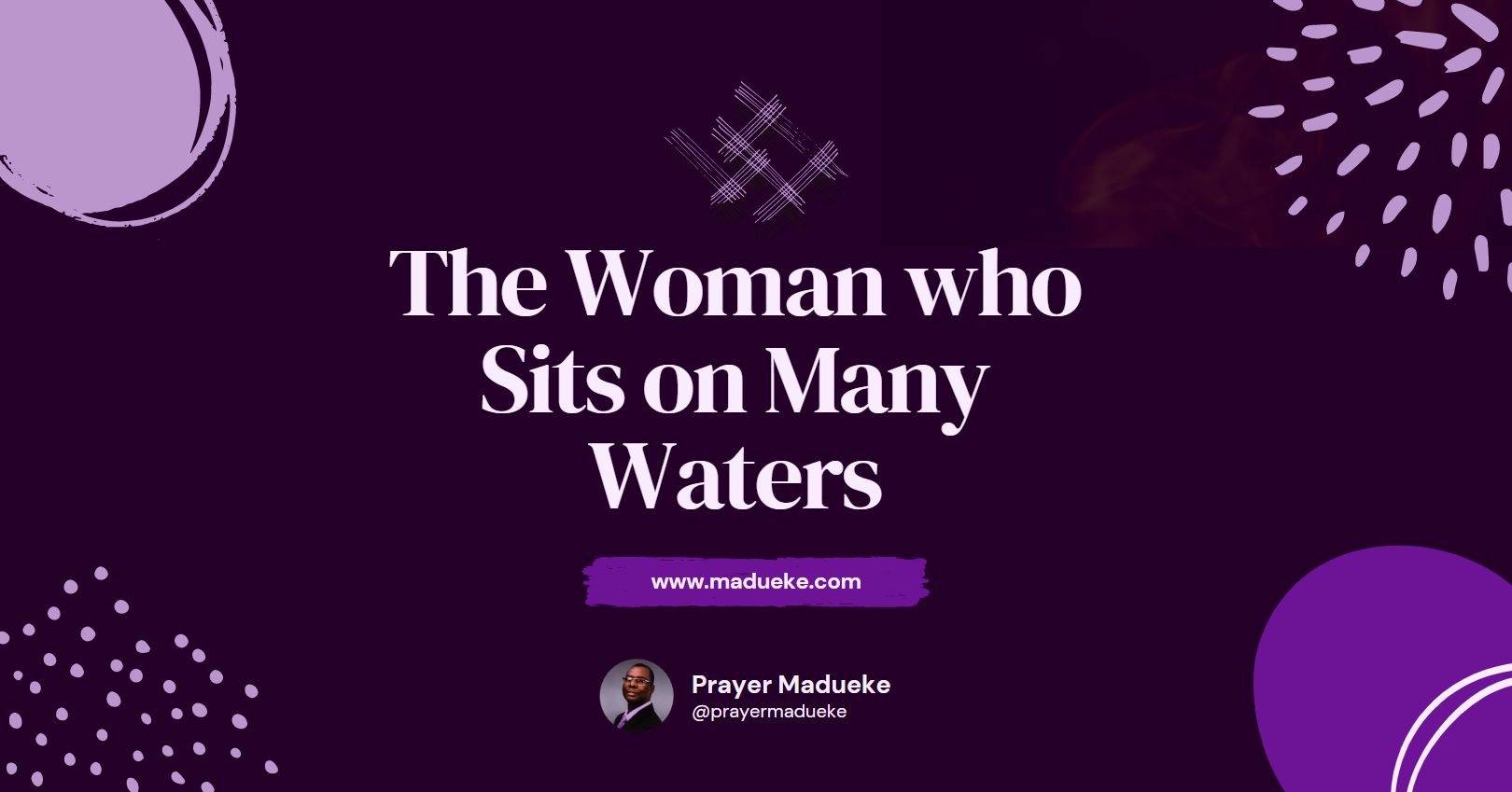 This book deals mainly with the existence of a great whore, harlot or prostitute: A single woman with whom the kings of the whole world have committed fornication and who has intoxicated the inhabitants of the earth with the wine of her fornication. Fornication is sexual intercourse between partners who are not married. This simply means a one who solicits and accepts payment for sexual acts. A prostitute is an unfaithful wanton woman, selling their body for money.  A prostitute is an unclean woman; she is the opposite of a faithful, upright, loyal and true wife.  She is a liar; she is filthy and a transmitter of sexually–transmitted diseases (STDs). The way into her house leads to death.

This very woman is arrayed in purple and scarlet colour and decked with gold, holding a cup full of abominations and the filthiness of her fornication.  The woman became drunk and was pictured as the one sitting upon people, multitudes and nations, and tongues.  Who is this woman? What does this whore, harlot or prostitute represent?

“And the woman was arrayed in purple and scarlet colour, and decked with gold and precious stones and pearls, having a golden cup in her hand full of abominations and filthiness of her fornication: And I saw the woman drunken with the blood of the saints, and with the blood of the martyrs of Jesus: and when I saw her, I wondered with great admiration. And he saith unto me, the waters which thou sawest, where the whore sitteth, are peoples, and multitudes, and nations, and tongues”

The term “fornication” used in this book refers to spiritual fornication rather than physical fornication. The union of the righteous with the unrighteous is what is meant by this fornication. True believers are taken out of God’s plan for them by a relationship between an enemy of God and a child of God. Accepting any way of life or program that runs counter to the Bible means doing just that. It is an unholy relationship that frequently leads believers and atheists down the same path. It is a turn away from God and toward the devil. The kings of the earth were able to form a union or an agreement with this immoral and disloyal wanton lady.

The mission of this evil woman in many relationships starts with people in authority or who occupy leadership positions.  She uses a device that corrupts their subject and the inhabitants of the world.  How? She diverts the majority of the national assembly or the President; using them to pass laws that can influence and destroy a whole nation.  She is therefore, a woman going to and fro the world, committing fornication with kings, in order to take over the whole world.  In the bible, she is identified with wine, which she uses to intoxicate kings. They get drunk with programmes and activities from her kingdom, which diffuses into the continent and world at large. This is a woman that uses a single nation or one individual to rule the whole world. She is the woman who uses a single sin to affect and destroy the whole nations of the world. She is also a woman that uses a single sickness or plague to affect the entire world. This same woman uses a single scientific discovery to wield negative influence into the lives of the inhabitants of the earth. She can also use a single war to destroy the whole universe. She is the woman influencing the whole world today with the wine of her fornication.

Prayers Against the Wanton Woman

Previous article
The Key that Unlocks the Supernatural
Next article
The Dead Cannot Kill Death!