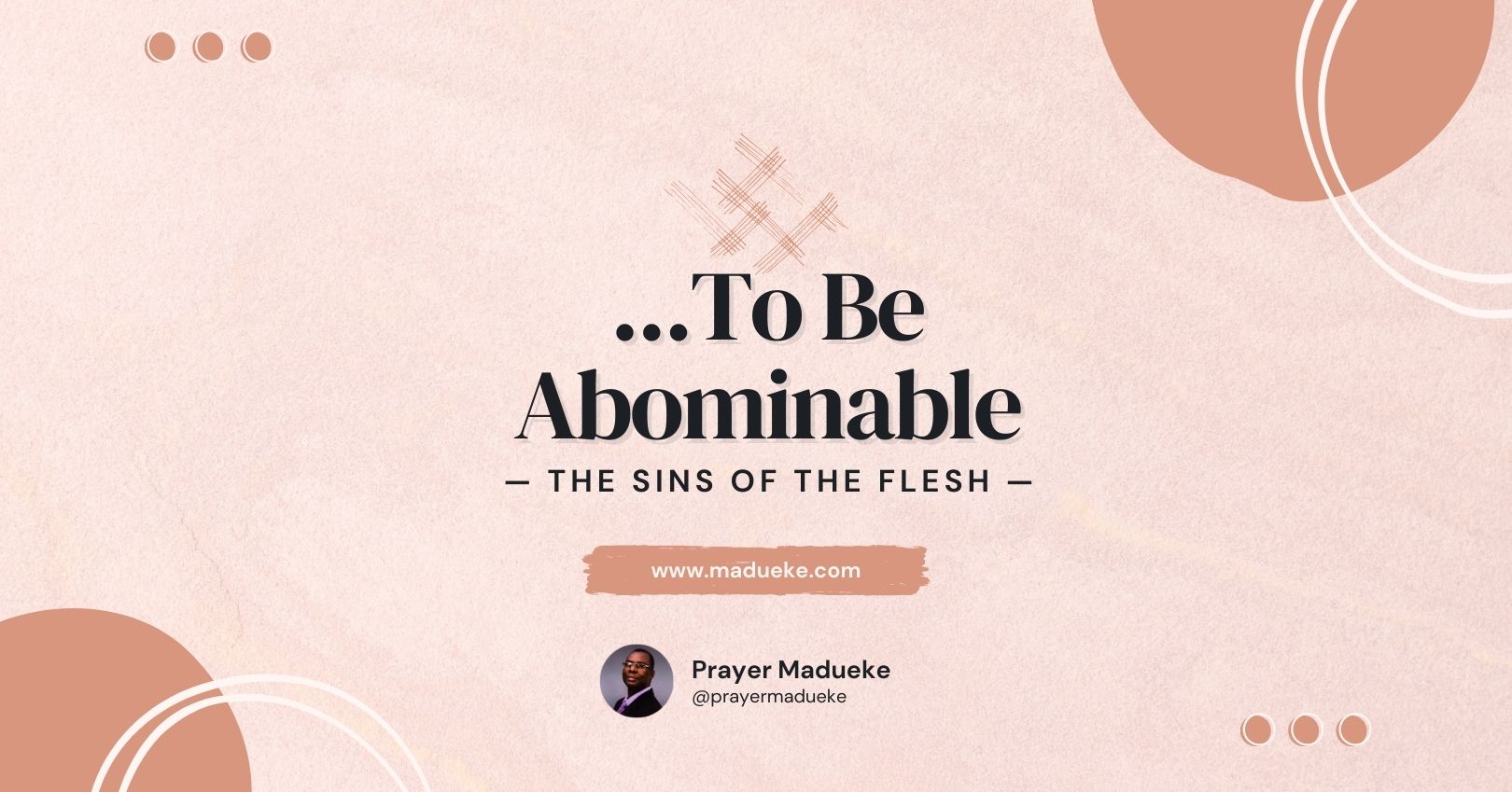 To be abominable is to be of a very bad quality.  It means to be extremely offensive or unacceptable. An abominable person commits horrible sins and makes people around him feel bad.

“And the LORD said, Because the cry of Sodom and Gomorrah is great, and because their sin is very grievous; I will go down now, and see whether they have done altogether according to the cry of it, which is come unto me; and if not, I will know. And the men turned their faces from thence, and went toward Sodom: but Abraham stood yet before the LORD”

“But the children of Israel committed a trespass in the accursed thing: for Achan, the son of Carmi, the son of Zabdi, the son of Zerah, of the tribe of Judah, took of the accursed thing: and the anger of the LORD was kindled against the children of Israel.And Joshua sent men from Jericho to Ai, which is beside Beth–aven, on the east side of Beth–el, and spake unto them, saying, Go up and view the country. And the men went up and viewed Ai.  And they returned to Joshua, and said unto him, Let not all the people go up; but let about two or three thousand men go up and smite Ai; and make not all the people to labour thither; for they are but few.  So there went up thither of the people about three thousand men: and they fled before the men of Ai.  And the men of Ai smote of them about thirty and six men: for they chased them from before the gate even unto Shebarim, and smote them in the going down: wherefore the hearts of the people melted, and became as water”

Things referred to as “abominations” are consistently associated with idolatry. However, God’s Word shows that many other human actions are abominable: uncleanness, unjust weights and measures, incest, adultery, homosexuality, sodomy, lying, stealing, offerings to pagan gods, sacrifice of children, sorcery, the hire of a prostitute, and eating of unclean meat. Proverbs 16:5 mentions even the proud as being abominable, indicating that pride constitutes idolatry in the human heart.

An abomination is anything we place before God, that is, idolatry. If God tells us not to do something, and we do it anyway, we have committed a sin, which is an abomination.

Really, all sin (missing the mark of God’s perfection) can be considered an abomination. All sin separates us from God and is detestable to Him. God’s hatred for sin makes Christ’s sacrifice on the cross all the more remarkable. It was at the cross that “God made him who had no sin to be sin for us, so that in him we might become the righteousness of God”

for all have sinned and fall short of the glory of God,

Previous article
Who is your Lazarus?
Next article
The Seductive Power of Jezebel Spirit