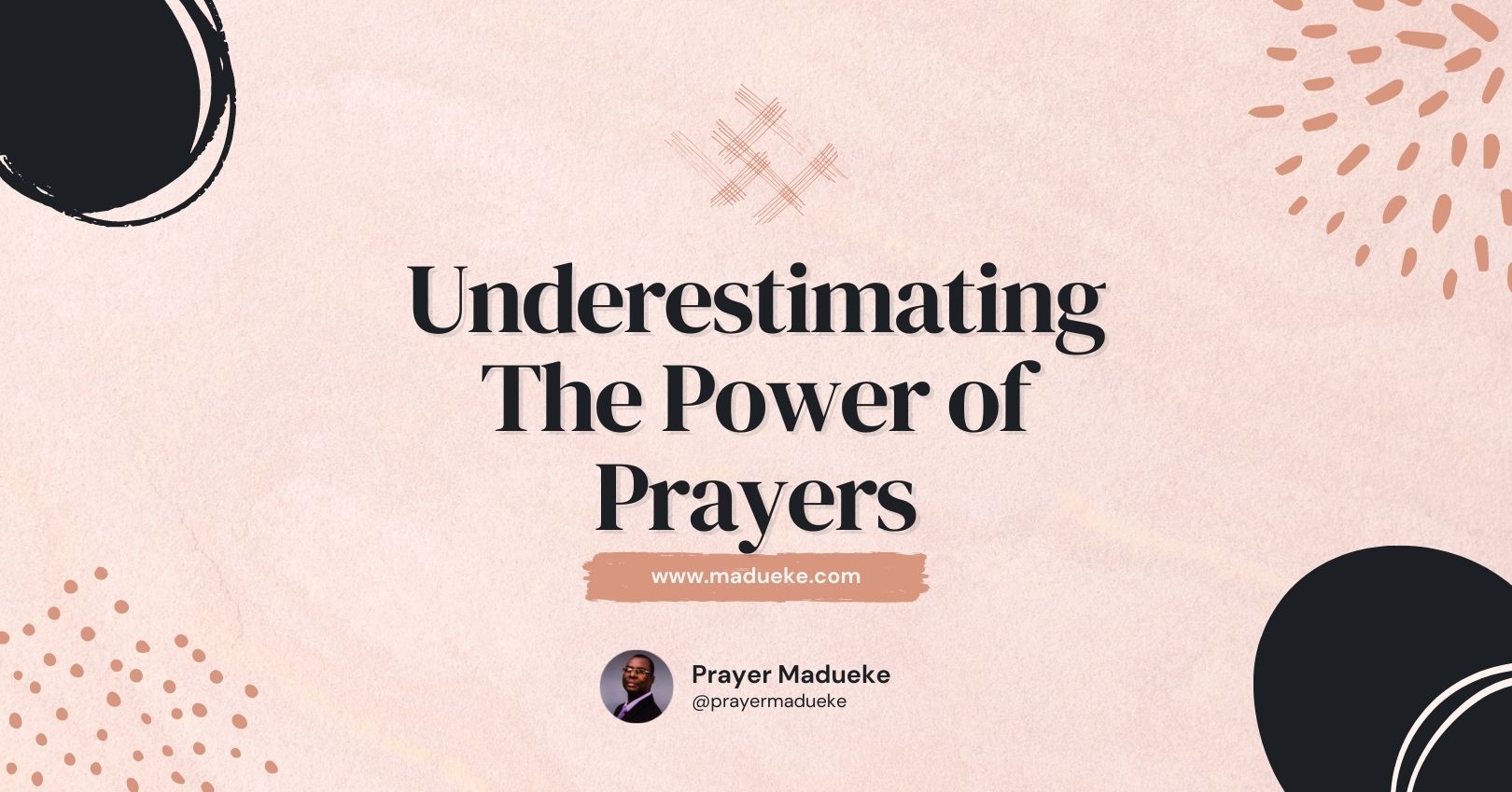 Moses went to the mountain and prayed till God gave him a law that will guide him to rule his people. Joshua prayed and the sun and the moon stopped moving for a day. Hannah prayed and God gave her Samuel. Elijah prayed and God confirmed his ministry by fire. Jehoshaphat prayed and his stubborn enemies got confused and began to kill themselves.

The believers in Peter’s day prayed and the prison doors opened and set Peter free. The wife of one of the sons of the prophet prayed and God saved her two sons and she opened an oil company. The daughters of Zelophehad asked Moses a great question. Your father has a name that must not be done away with from among his family. Are you saying that because you are not a man but a woman, your father’s possession should be done away with?

The daughters of Zelophehad challenged Moses and forced him to release their father’s inheritance.

‘Why should the name of our father be done away from among his family, because he hath no son? Give unto us therefore a possession among the brethren of our father’

God said that the daughters of Zelophehad were right. Esther went on hunger strike, a suicide prayer mission to save herself and her people. Her prayers gave the king a sleepless night and forced him to request for Esther’s presence. Esther’s prayers opened the king’s mouth to talk to the favor of Esther.

Esther’s prayers brought the downfall of her arc enemy and the enemy of God’s people called Haman. Her prayers revoked the decree and brought victory to God’s children. Her prayers wiped away all tears from God’s people, gave them rest, feasts and promoted Mordecai.

It is an insult to God for his own children to remain at the mercies of the devil and his agents. The earth, the fullness thereof and people therein belong to God by creation. Many Christians do not know their rights and as a result, they underestimate themselves, undervalue themselves and allow the devil who is the usurper to subtly deceive them to believe his lies concerning who owns all things. Esther, like many believers, originally believed that she could not do anything.

‘Again Esther spake unto Hatach, and gave him commandment unto Mordecai; All the king’s servants, and the people of the king’s provinces, do know, that whosoever, whether man or woman, shall come unto the king into the inner court, who is not called, there is one law of his to put him to death, except such to whom the king shall hold out the golden scepter, that he may live: but I have not been called to come in unto the king these thirty days’

God does not want any believer to live a life of defeat. Accepting poverty, illness, or any other issue is insulting. God himself referred to us as his sons, the body of Christ, new creatures, beloved of God, Jesus’ brothers, the temple of God, kings, heirs of God, representatives of Christ, peculiar treasure, eagles, and the shepherd of the great shepherd.
The devil speaks with his servant, the devil. When you reject prayer, you reject communication with your God, and until you start communicating with Him, God will not act. We refer to that as “dreadful quiet.” I urge you to recite these prayers in order to free yourself from the devil’s silence.