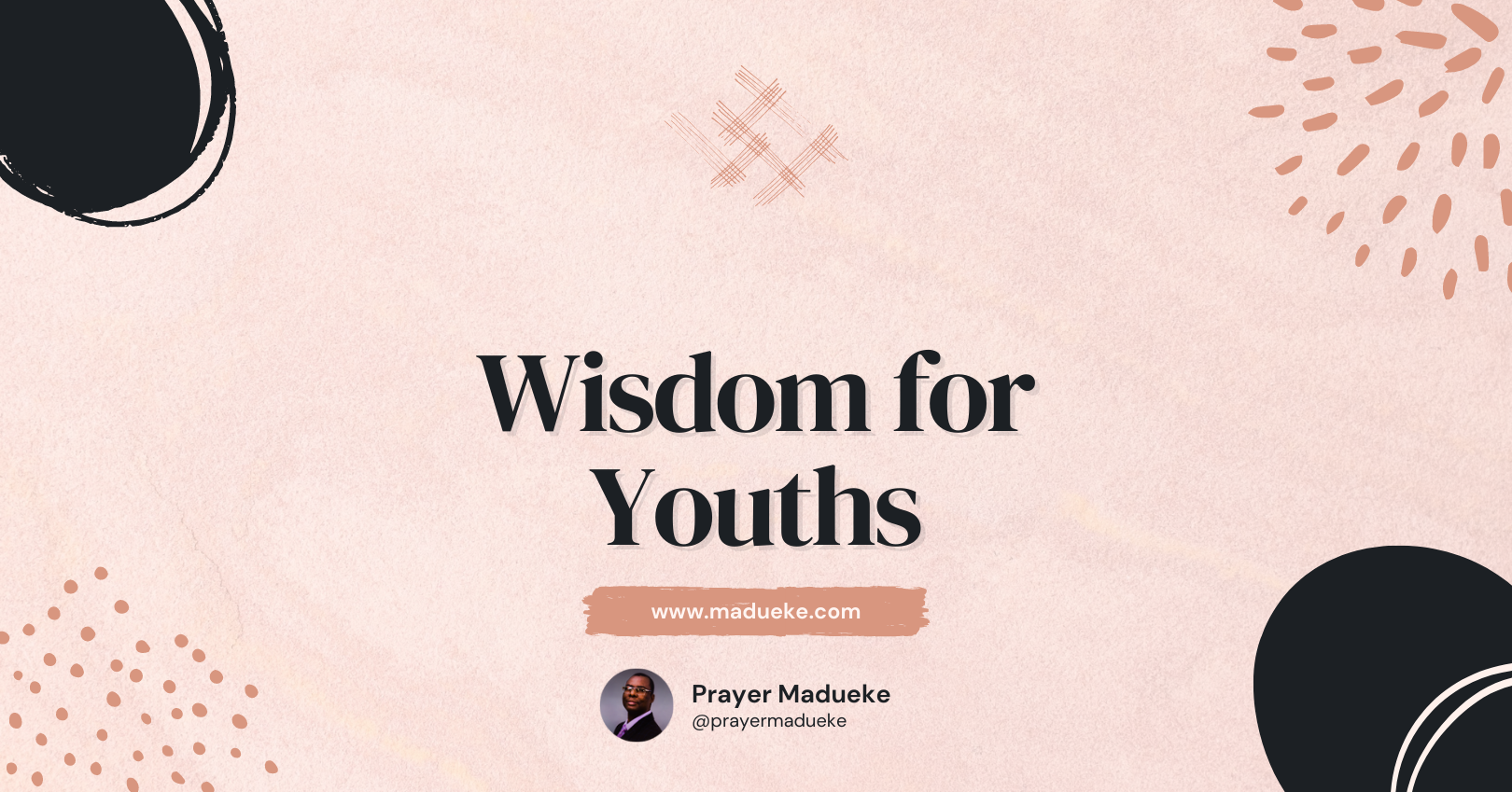 Youths are a group of people that are passing through early phases of life and they are full of vigor, vitality and ideas, wanting to spend them on something worthy. Our youths need positive direction and guidance. When they are rightly guided, they will be capable to do exploits. Youths need proper mobilization. Otherwise, they may waste their treasures for other things or remain ineffective.

Most people in our colleges and universities are youths. These youths have ideas, goals, needs and desires that motivate them to pursue their futures with vigor. They aim at living a life of ideals and often they shun advices from elders concerning true realities of life.

Consequently, they usually fall into diverse problems like loneliness, rejection, failure, etc. Some of these youths are victims of broken homes and are subjects to contradictory values about life in general.

Youths know how to live by the standards and values of their peers, the media, leaders, etc. This has caused so many youths to find themselves in unexpected and unpleasant situations. Whenever problems trap, they begin to look for desperate ways out. Some of them join bad gangs as a result.

Some seek solace in illicit sex for love and satisfaction, which is only permitted in marriage. Some go into drugs to find meanings to their lives and fulfillment, which are only found in Christ. Others go to defend causes and revolutions to achieve personal liberty. Some go into music for ideas and communication. Others go into fashion for identity.

There is a vast army of young people in the globe who are enthusiastic, aggressive, gifted, and full of energy. If given the proper training and resources, they may play a significant role in improving our world. Every young person should take the time to identify their leadership abilities, talents, and gifts while in college or a university. Without it, a lot of young people will drop out of school and contribute to societal issues. They require God, and without His wisdom, their strength will be used in opposition to His purposes. The world would suffer in that scenario, much like it did during Noah’s time.

“And it came to pass, as they journeyed from the east, that they found a plain in the land of Shinar; and they dwelt there. And they said one to another, Go to, let us make brick, and burn them thoroughly. In addition, they had brick for stone, and slime had they for mortar.And they said, Go to, let us build us a city and a tower, who is top may reach unto heaven; and let us make us a name, lest we be scattered abroad upon the face of the whole earth. And the LORD came down to see the city and the tower, which the children of men builded. And the LORD said, Behold, the people is one, and they have all one language; and this they begin to do: and now nothing will be restrained from them, which they have imagined to do. Go to, let us go down, and there confound their language, that they may not understand one another’s speech. So the LORD scattered them abroad from thence upon the face of all the earth: and they left off to build the city. Therefore is the name of it called Babel; because the LORD did there confound the language of all the earth: and from thence did the LORD scatter them abroad upon the face of all the earth”

The sons of Noah were young energetic, zealous and aggressive youths who were equipped but not divinely commissioned. They carried out their activities outside the will of God and He was not pleased with them. Youths who want to be successful must do everything in their power to have a close relationship with God.

Previous article
The commandment For the Home!
Next article
“For All” Mercy of God