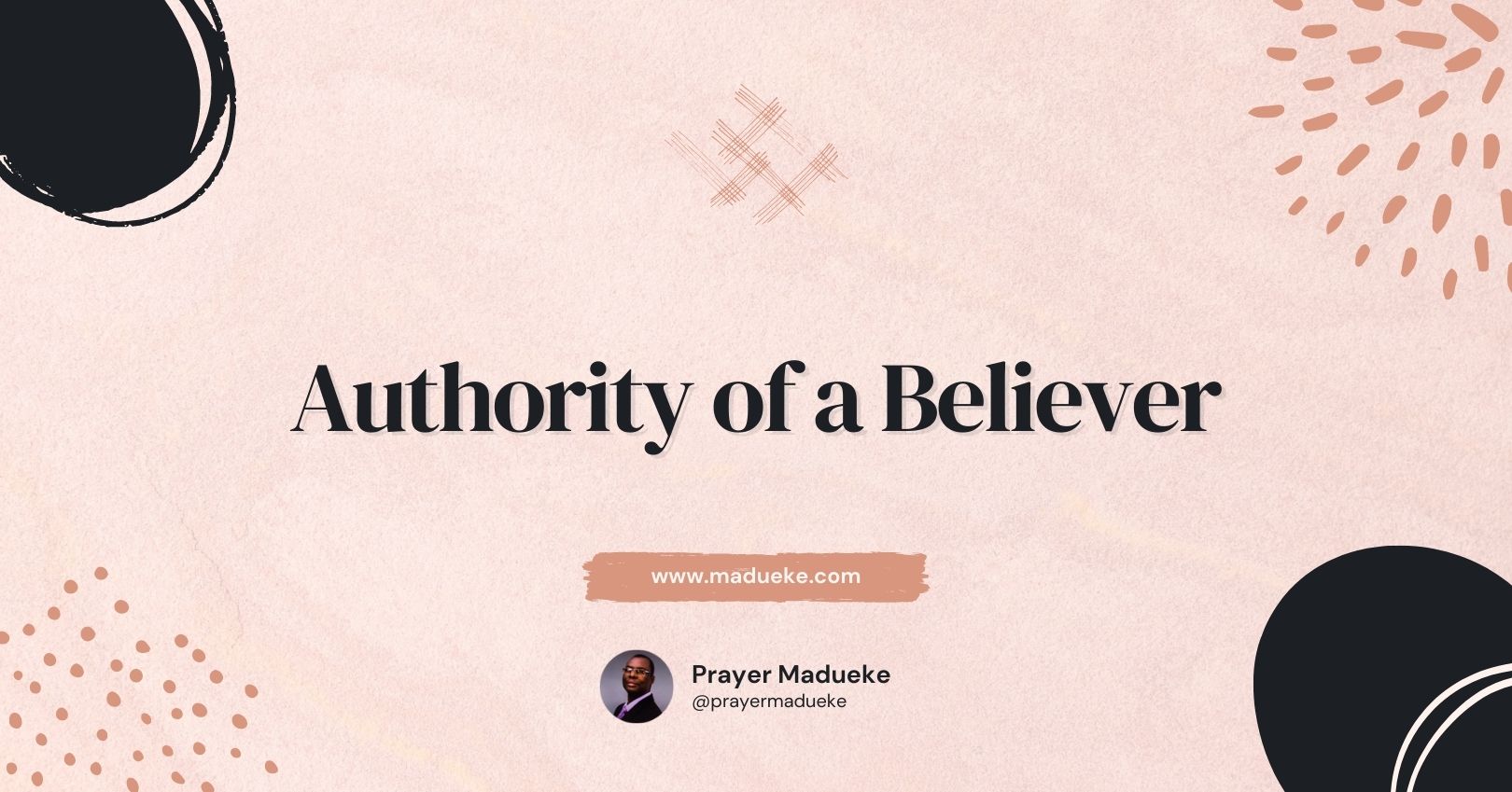 As a believer, you are not a slave to Satan. Satan knows this very well and does not dispute it. Man’s original authority and power started with creation. Man was the only creature God created in His own image and after His likeness. Man was given dominion, power, and authority to rule and control every other creature on earth, including Satan and his demonic spirits.

Everything on earth, that is, all creation, was put under the control of man right from the beginning. Satan and all unclean spirits were not designed and are not supposed to control man. God created man, blessed him, and empowered him to be fruitful on earth. We, who emanated from that first man, are commanded to multiply and be fruitful to replenish the earth. We are given the mandate to subdue the earth and all that are therein.

Therefore, everything living on earth and in the sea is to obey you, including non-living things. Whatever you say on earth is final, not what the devil says. God is waiting for His sons and daughters to use His authority and power, and He will confirm whatever you say.

The authority you have has no limits as a child of God. You have authority over demons that possess people. Jesus cast out a lot of demons and healed a lot of people when He was on earth, and in turn, He has given you authority over them, but your deliverance is contingent on your subsequent actions. If you bind them, heaven will approve of it, and they will be bound.

However, if you watch them without binding them, they will destroy lives without Heaven challenging them. Likewise, if you lose people who are under their captivity, heaven will lose them, but if you fail to lose them, they will remain captives of the devil. When more than two people come together and agree to oppose the devil’s works on Earth, whatever they ask will be done.

Jesus was anointed by God’s Spirit to carry out the work of deliverance. He obeyed, and it worked against the demons. In turn, we are equally anointed with the same Spirit of God to do greater works than Jesus did and as such, t is critical to understand that the devil has no right to enslave any true believer who obeys God’s command. A believer’s body is the dwelling place for God’s Spirit. Jesus empowered His disciples, and they used the power to cast out demons.

Jesus has left His name behind as our authority and asked us to mention His name before His Father in heaven anytime we need anything. No demon can stand for a second when the name of Jesus is mentioned in faith all over the world. Thus, whenever you pray and call upon the name of Jesus, He will come down and fight everything and anything opposing you. You can use anything created by God against demons that oppress you. Stand on that authority!