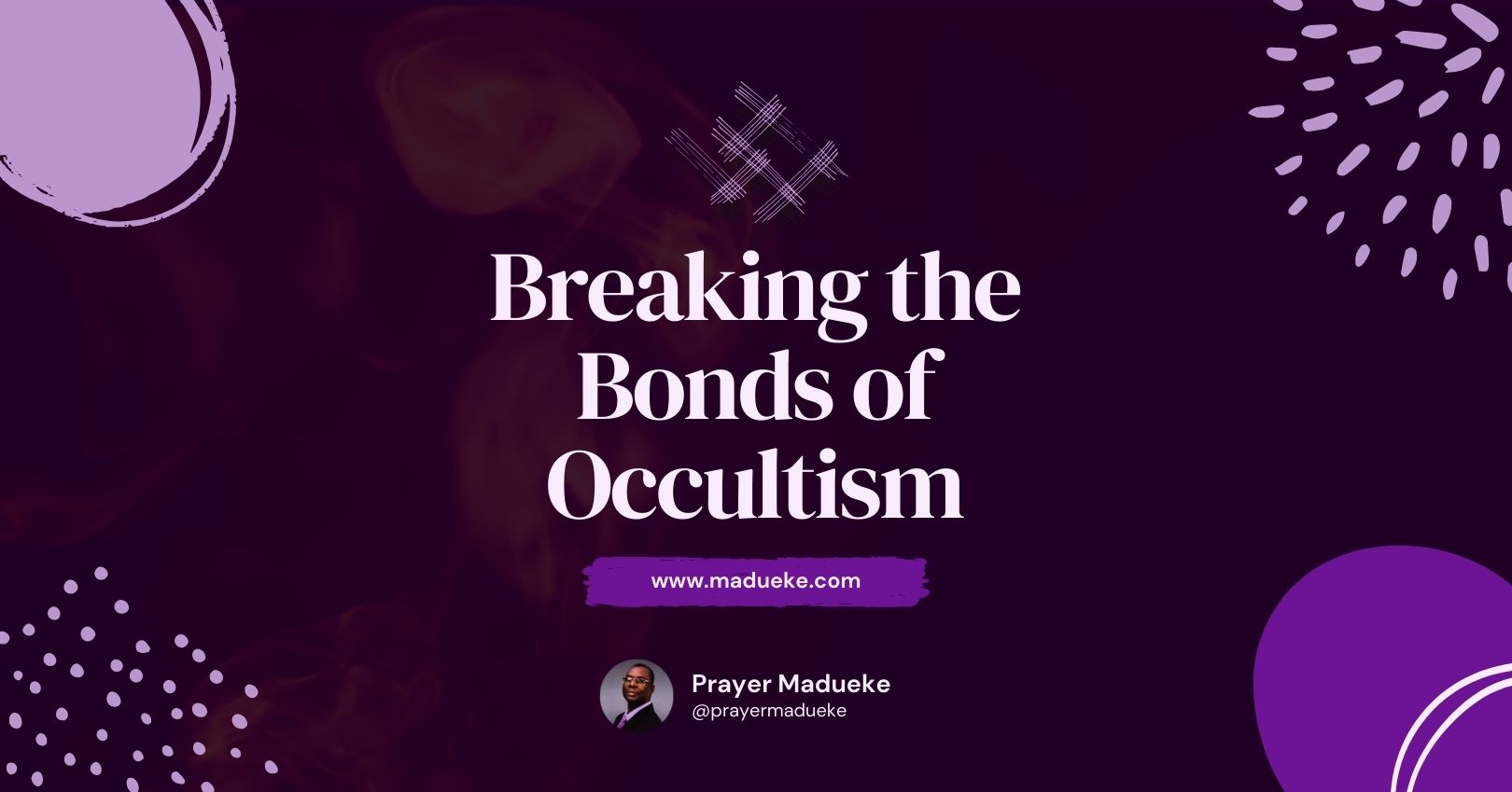 Joining witchcraft and occultism to prosper and live well is shortsighted and myopic. It is an evil exchange: the sale of your birthright, the destruction of your future and eternity, including those of your born and unborn children. Saul, the first King of Israel, practiced occultism and witchcraft to the extent that all his close associates were initiated into occultism and witchcraft by force except his first son, Jonathan, who determined to fear God and uphold truth at the detriment of his life.

All that Jonathan wanted was deliverance and victory for the children of Israel, regardless of whom God chose to sit on the throne. It didn’t matter if it wasn’t his father. Because of this, when Saul gave the order to have David killed, Jonathan did not want to take part in it. Instead, he revealed the secret to David and went on to speak well of him to his father, portraying him as a good person, reminding his father of how much he once loved David, and praising his works.

“And Jonathan spake good of David unto Saul his father, and said unto him, Let not the king sin against his servant, against David; because he hath not sinned against thee, and because his works have been to thee-ward very good: For he did put his life in his hand, and slew the Philistine, and the Lord wrought a great salvation for all Israel: thou sawest it, and didst rejoice: wherefore then wilt thou sin against innocent blood, to slay David without a cause? And Saul hearkened unto the voice of Jonathan: and Saul sware, As the Lord liveth, he shall not be slain. And Jonathan called David, and Jonathan shewed him all those things. And Jonathan brought David to Saul, and he was in his presence, as in times past”

Unfortunately, despite Jonathan’s wisdom and admonishments, Saul was determined to take David’s life. Whenever the evil spirit of murder possessed Saul, he tried to kill David himself or tried to use anyone around to do so, but not Jonathan.

“And the evil spirit from the Lord was upon Saul, as he sat in his house with his javelin in his hand: and David played with his hand”

Jonathan made his stand clear and openly spoke against evil, witchcraft, and occultism in the government of his father. As a result, as a believer, you are in the bondage of witchcraft power and occultism whenever you make yourself available for use by any leader, witch, or wizard to perpetrate evil. Again, Jonathan had the opportunity to remain a prince with all the benefits attached to a crowned prince, but he rejected it all and chose to enter into a holy covenant with a fugitive to remain in the good books of God. This angered his father, and he cursed Jonathan. Nonetheless, it is better to be cursed by a man than by God.

Eventually, Jonathan died, but even in death, his covenant with David remained alive. And so, when the time was ripe, David sought to repay Jonathan’s kindness. David remembered Jonathan’s love and faithfulness to him when King Saul’s witchcraft empire had collapsed and he lost everything, including his family. Every reasonable person in Saul’s family was either dead, weak, poor, or in extreme need of every good thing. Probably because of prayerlessness, when the demonic forces of destruction were through with Saul, they attacked Jonathan’s son, Mephibosheth, with lameness and crippled him.

Though he was lame, because of his father’s covenant with David, he was shown great kindness, and all that his grandfather, Saul, had lost to witchcraft and occultism were restored to him completely. Mephibosheth suffered the consequences of his grandfather’s occultism and witchcraft because of his ignorance, lack of knowledge, and reluctance to fight for his rights, benefits, and entitlements through prayers and spiritual warfare.

In turn, when you fail to fight for your rights as a believer, your inheritance could be handed to strangers and your homes to aliens. Reproach, shame, and disgrace could be your portion. David and his prayer team launched into prayers against witchcraft, evil things, and the sacrifices Saul made with his occult group when he came back from exile.

Thus, if your parents have served idols in the past or practiced witchcraft, divination, and enchantment and belonged to occult groups or witchcraft kingdoms, you need deliverance. Your confession as a born-again Christian and salvation from sin do not exempt or excuse you from working out your own salvation with fear and trembling. Instead, they guarantee you enough power to fight for your rights by abiding in Christ and engaging in spiritual warfare.

Many people today are suffering from severe pain and other kinds of problems because they have been delivered into the hands of their spiritual enemies. Nevertheless, if you are a true believer and your marriage, health, joy, business, prosperity, etc., are hanging in the balance, you can release them today by the grace of God.

Prayers against Inherited Occultism and Witchcraft