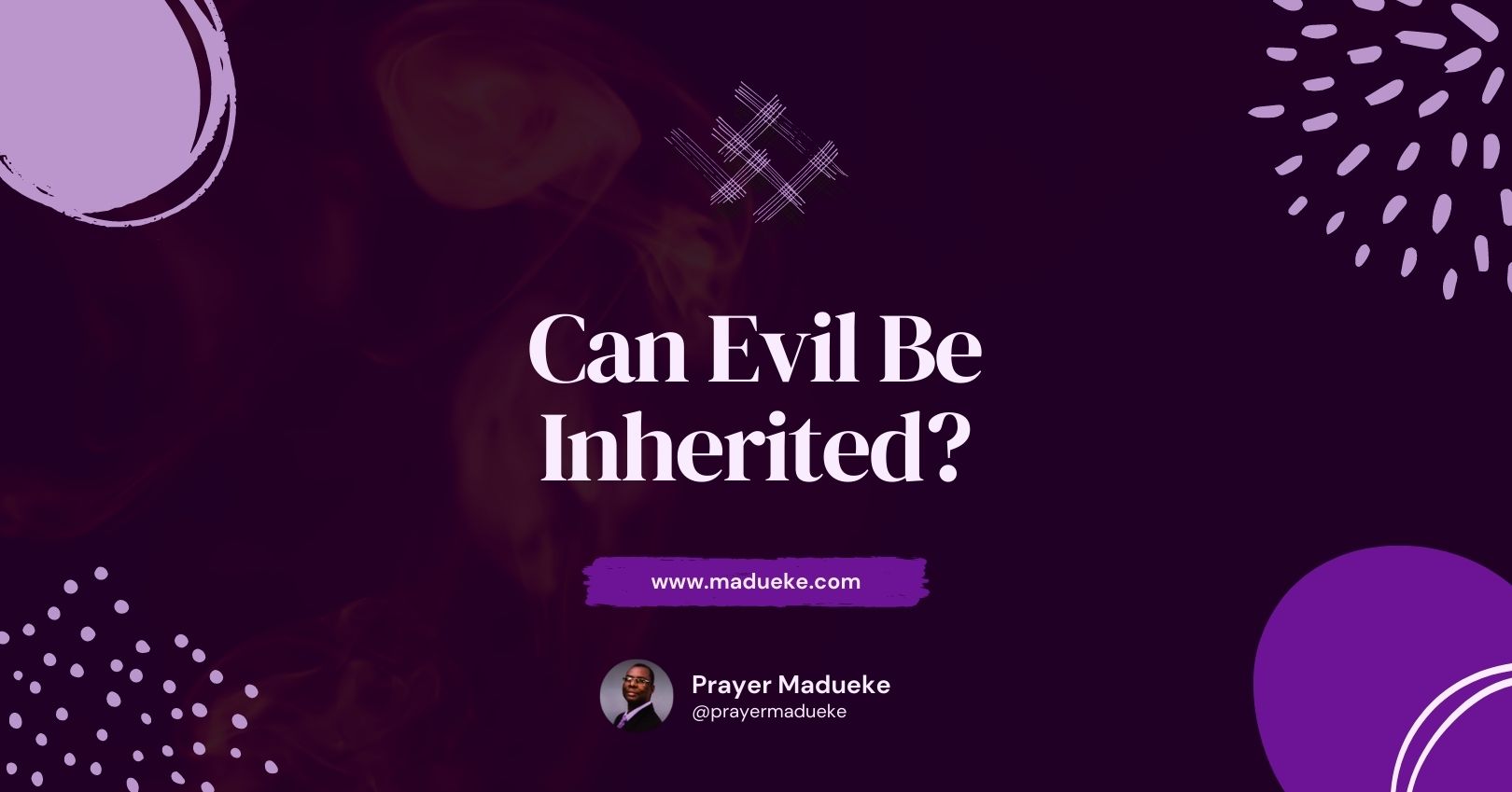 While everyone can give birth to a child, not everyone is capable of raising one. Parents, the family dynamic, and the environment all have a significant impact on children, and this impact can either be positive or negative. As a parent, you are the first figure of reality they have and, since children tend to imitate whatever they see you do, they will imitate everything you do.

Parents who wish their children well and want to see them enjoy life ought to deal with the consequences of their past sins properly. They must not allow the devil to transfer these consequences to their children. Sin is a debt to Satan, and only Jesus can pay the debt of sin.

The reality of evil inheritance and how it not only affects you but also your family cannot be over-emphasized. When you and your spouse keep and obey God’s Word, your children will have fewer battles to fight.

Sadly, many parents invite demons to dwell on several levels in the lives of their unborn children. Some join evil societies, killing and entering into evil covenants to make money and fame without considering the consequences. Of course the devil will graciously allow you to thrive on credit. He always comes to collect what he is owed, and when that time comes, he and his demons will rise against you and your whole family.

It is possible that you can trigger a cycle of evil in your family, which will be passed down to your children and their children by your desires and the choices you make. Recall that the curse of immorality upon the tribe of Judah started with their father, Judah, when he committed fornication and laid an immoral foundation for his generation. Immorality became the lifestyle of everyone in that tribe.

David was also a victim of the sin of immorality. He had stayed back home at the time of war, and during that time, he committed immorality, killing the husband of a woman and marrying her.

“And it came to pass, after the year was expired, at the time when kings go forth to battle, that David sent Joab, and his servants with him, and all Israel; and they destroyed the children of Ammon, and besieged Rabbah. However, David tarried still at Jerusalem. And it came to pass in an evening tide, that David arose from off his bed, and walked upon the roof of the king’s house: and from the roof he saw a woman washing herself; and the woman was very beautiful to look upon. And David sent and enquired after the woman. In addition, one said, Is not this Bath–sheba, the daughter of Eliam, the wife of Uriah the Hittite?And David sent messengers, and took her; and she came in unto him, and he lay with her; for she was purified from her uncleanness: and she returned unto her house. And the woman conceived, and sent and told David, and said, I am with child”

Later on, God sent a prophet to expose and rebuke him, and he repented. What happened after his repentance? The sword he used to kill Uriah never departed from his family. David had invited the sword of premature death, and war.

When the sword began to move, David witnessed the worst events in his own family. Each one of his sons was affected by the evil seed of immorality he had sown, even though he had repented. One of his sons, Amnon, forced himself on his sister, Tamar, and raped her. The spirit of murder overcame one of his sons, called Absalom, and he took the family sword of murder that killed Uriah and killed his brother Amnon in return.

Again, Absalom picked up the family sword of war and declared himself king while his father was still alive. This revolt caused David and the whole nation of Israel great distress, showing how an evil inheritance can also extend to a nation if unchecked.

Under the influence of the evil investment of his father, he further committed immorality publicly with his own father’s concubines. This act was done on top of an open building. Eventually, he met his downfall. So even though David overcame some of the demons, they overcame his children.

The best cure for sin is to avoid it from the onset. But when you have sinned, don’t be too proud or stubborn and refuse to acknowledge your sins and repent. The only way to settle a consequence of sin is through genuine repentance and receiving Jesus, who makes restitution for each member of the family. Confession and forsaking of all sins and living a life of holiness are extremely important.

“Come unto me, all ye that labor and are heavy laden and I will give you rest. Take my yoke upon you, and learn of me; for I am meek and lowly in heart: and ye shall find rest unto your souls. For my yoke is easy, and my burden is light”

Prayers for Your Children

Previous article
Deliverance: What You Need to Know
Next article
What Power Does Prayer Have?