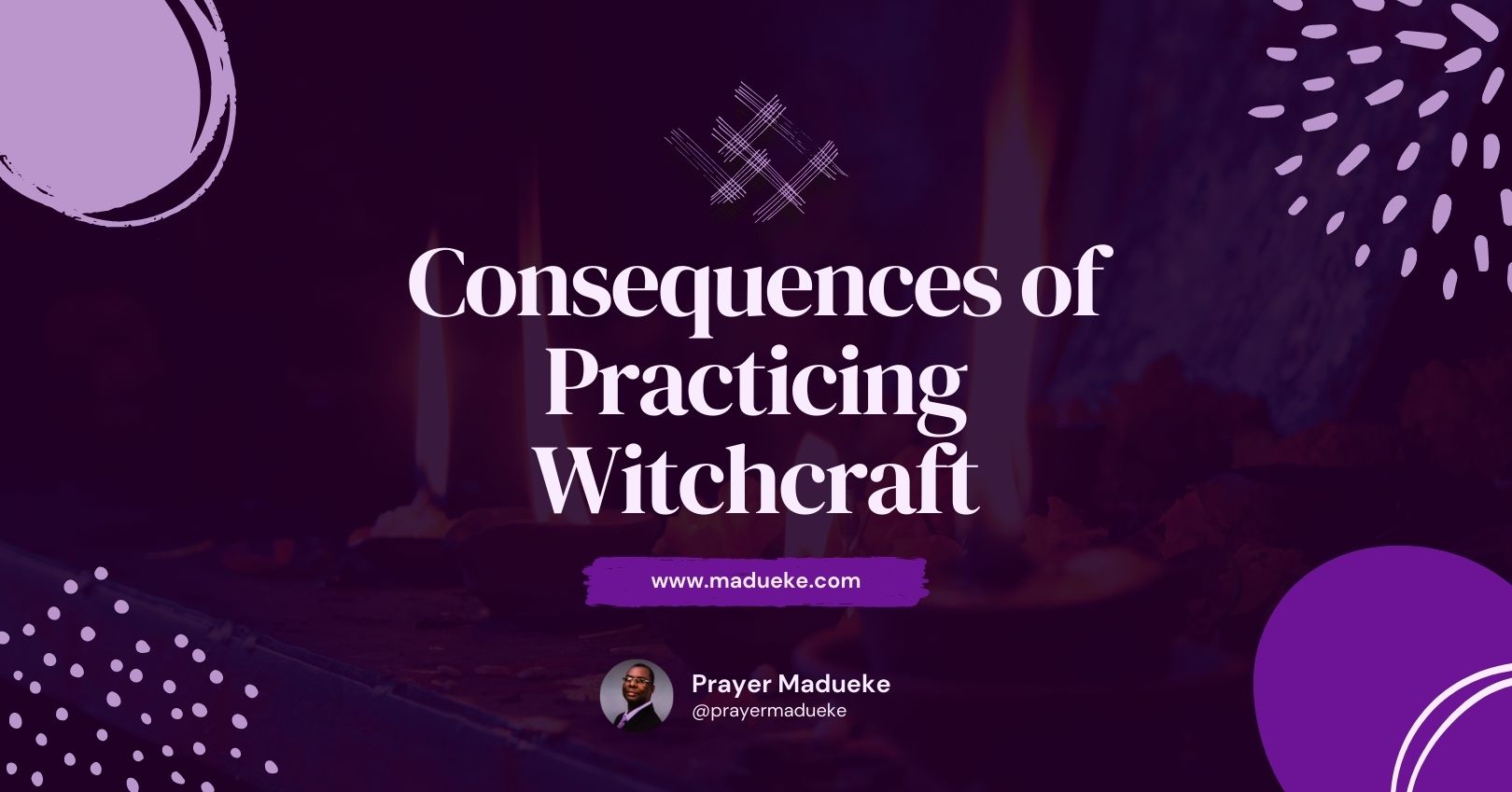 Witchcraft is any relationship with the devil that takes precedence over God and his Word. From the beginning, witchcraft has not done anyone any good. God has put a curse on witchcraft and the people who practice it. As a result, practicing witchcraft is foolishness.

God’s Word declares that there is an enmity between man and the devil. In the history of humanity, no one has successfully befriended the devil without serious consequences. Adam and Eve tried it in the Garden of Eden, and they received curses from God. Cain also tried it and was cursed to become the first vagabond and fugitive on the planet. Likewise, Ham, the son of Noah, cooperated with the devil and was cursed to serve his brothers. The family of Noah also compromised with the devil and were confounded. God scattered them across the face of the earth.

“And I will put enmity between thee and the woman, and between thy seed and her seed; it shall bruise thy head, and thou shalt bruise his heel”

If you join occult people to practice divination, charms, and enchantment, you will regret it for the rest of your life. Do you not know that some of these people in the Bible who practiced witchcraft were forced to kill their own children? After being used to destroy your own children, you will be shamefully disgraced out of this world. Why would you get involved in a thing that will waste your lifetime investment, kill all your children, and cause you to die later under the same power? It is very foolish to get involved with the occult or an evil group because you will pay dearly with your life.

Witchcraft powers are very wicked. At the beginning, practicing witchcraft may seem sweet, but the end would be very painful and destructive. Witchcraft powers can help you purchase your destruction on credit. They may allow you to enjoy yourself for a short time, but you will undoubtedly pay with your life in eternity after you have lost everything. They use people to destroy others, including their own investments and unborn children. Judas tried it and lost everything he ever earned on earth.

Similarly, it is also foolish to follow a witch or wizard. If you believe in them, you are doomed. Those who joined witchcraft groups were destroyed and brought to nothing while others either perished or dispersed. When you open your heart to any occult or demonic practice, they quickly take advantage of you to pull you in. You become one body with them. The Spirit of God would depart in such an event, just like in Saul’s case.

If you truly want to be delivered, repent, confess, reject, burn, and abandon all of their ways. Witchcraft powers are behind barrenness, late marriages, miscarriages, and prolonged pregnancies. So, if you have put yourself in a relationship with Satan through any of the actions above, you need to run away from Satan and run to Jesus. Only Jesus can save you and deliver you completely.

“Afterward Jesus findeth him in the temple, and said unto him, Behold, thou art made whole: sin no more, lest a worse thing come unto thee”

“Submit yourselves therefore to God. Resist the devil, and he will flee from you”