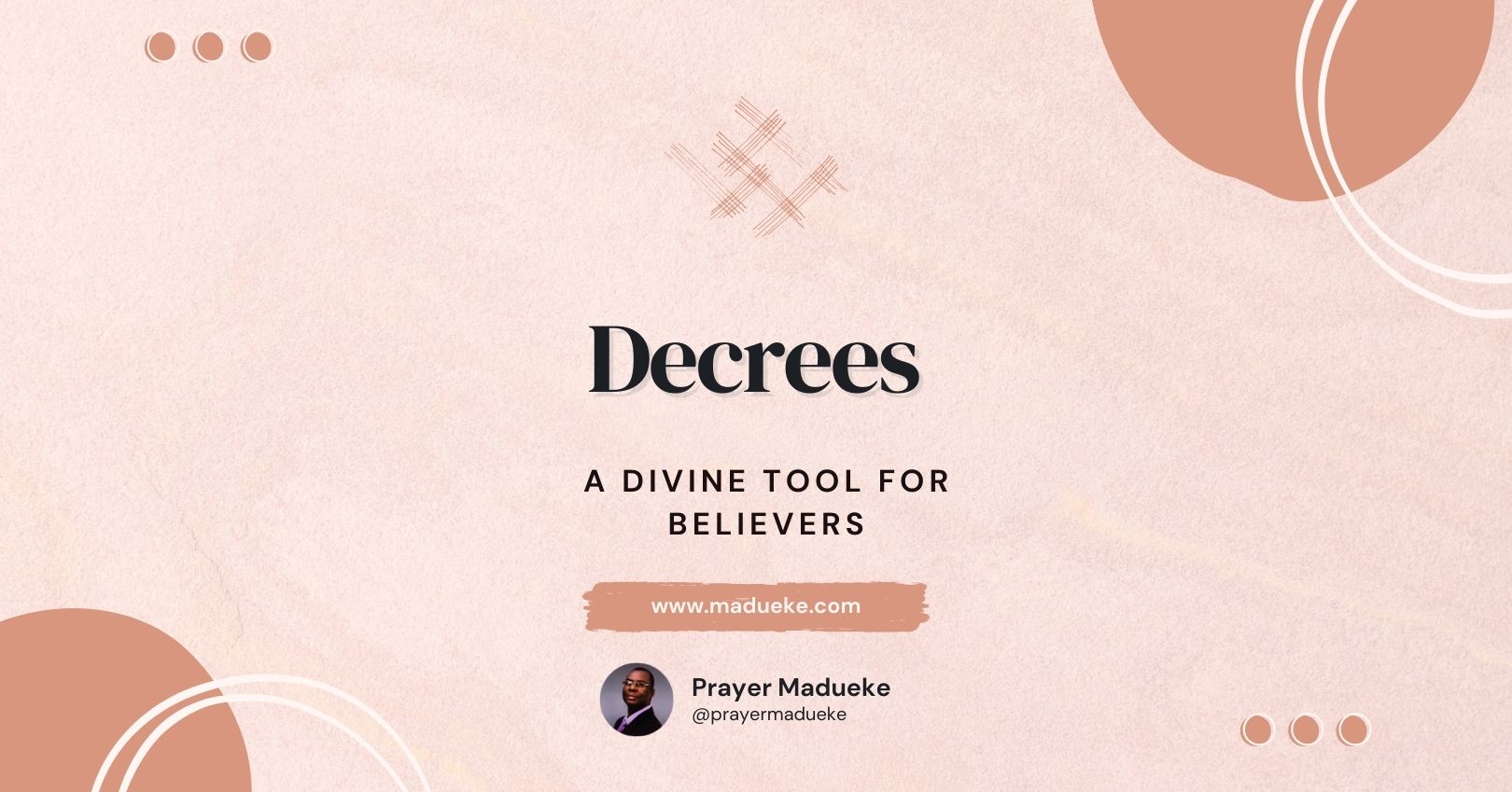 The Lord God of heaven is the initiator of decrees, and a lot of forces often imitate Him. A decree is a tool meant for God and His children. As the crown of God’s creation, you have the right to command the elements and elemental powers to obey us. You have the authority, as invested by God, to talk to the moon, sun, and stars and expect them to obey you.

Satan uses the advantage of his knowledge over men to teach his agents how to pass decrees against God’s people. Hence, the enemies of God are using what rightfully belongs to you to fight against you. Nevertheless, when you stand on God’s word and decree a thing, it will surely stand. No matter the situation, when a true Christian comes out in faith and decrees something, it shall stand. The winds might be blowing in the opposite direction at the point of decree but those who know their God very well would know that when God is involved in a decree, nobody can reverse it or prevail over it. Even occult people, who are wise, understand this very well. Enemies may roar, revolt, and take their stands, but they shall not prevail.

“Fear ye not me? saith the LORD: will ye not tremble at my presence, which have placed the sand for the bound of the sea by a perpetual decree, that it cannot pass it: and though the waves thereof toss themselves, yet can they not prevail; though they roar, yet can they not pass over it?”

Joshua once stopped the sun and the moon. It happened before, and it can still happen again. You have an express command from God to decree anything and expect it to be established. A truly knowledgeable, holy, and militant child of God does not fear any situation. You have the power to decree anything you desire.