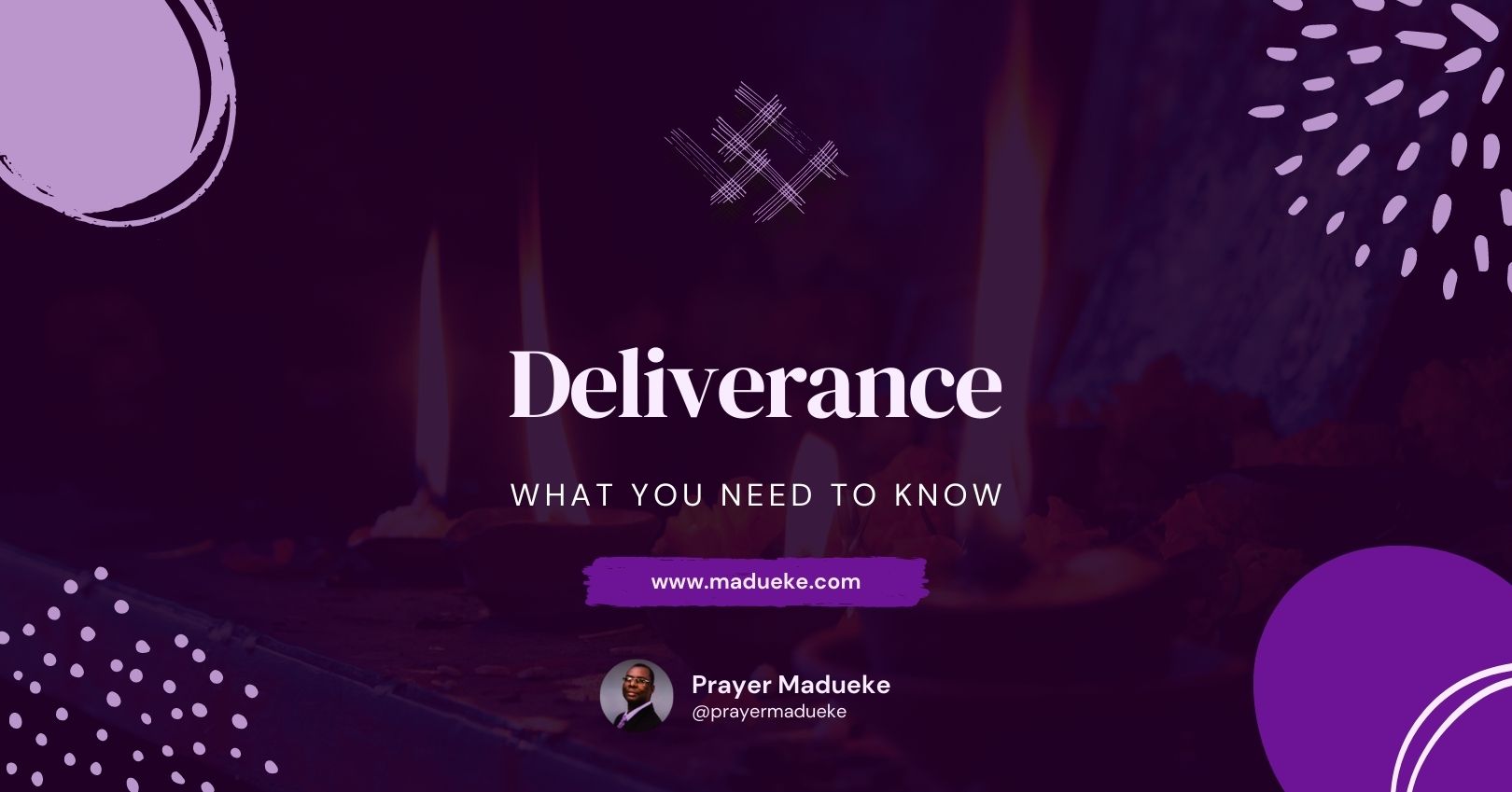 Deliverance from sin for God’s people is one of the most distinctive aspects of the Bible. It means being set free. There is no doubt that demons are being cast out and people are being delivered. The devil now obeys the command of deliverance ministers to come out of deliverance candidates. However, it does not take long before he comes back. Many people who have confessed and testified to being delivered return in the same way they left.

Why is it that after submitting to deliverance, praying for several days with fasting, and testifying for deliverance, you still come back with the same problems? All through Jesus’ deliverance ministries, he cast out demons, delivered the captives, opened the eyes of the blind, healed sick people, delivered the oppressed, and possessed, and none of those demons came back or assured him that they were going to return.

The early disciples of Jesus also took after him and conducted deliverance like him. Most of the members of the early church were saved, separated from the world for Christ alone. They had fellowship with God and with one another, but today the opposite is the case. Many members have become enemies of God and of one another.

“Then they that gladly received his word were baptized: and the same day there were added unto them about three thousand souls. And they continued steadfastly in the apostles’ doctrine and fellowship, and in the breaking of bread, and in prayers. And fear came upon every soul: and many wonders and signs were done by the apostles. And all that believed were together, and had all things common; And sold their possessions and goods, and parted them to all men, as every man had need. And they, continuing daily with one accord in the temple, and breaking bread from house to house, ate their meat with gladness and singleness of heart, praising God and having favour with all the people. And the Lord added to the church daily such as should be saved “

Many people today are seeking deliverance from one thing or another, but most of them are merely looking for a quick fix. You want to be free, but you are not ready to embrace all that comes with freedom, and this is why God sometimes withholds your deliverance. Because it is more profitable to remain with your pains and problems than to be delivered out of it without living a sinless life. You want God’s power without God Himself, who gives the power.

You can receive deliverance as a sinner, but you may not be able to keep it for a long time if you refuse to repent and forsake your sins. Life after deliverance is far more important than deliverance itself, and as such, it is easy to pray and fast, but it is more difficult to live the life required by God after deliverance.

The consequences of not forsaking sin after deliverance are many. It can bring more sickness and demons into your life. Some people forbear sin during deliverance and continue after the deliverance program. It would interest you to know that immediately after deliverance takes place, demons follow you to know if you will go back to your old life, and once you do, they will make your life worse and double your bondage.

A deliverance program can only keep you away from your problems for a while, but it won’t last for very long. Do you desire deliverance? Do you want to be free from bondage? You must decide to sincerely repent and forsake your sins today.

Previous article
After Deliverance: What Next?
Next article
Can Evil Be Inherited?