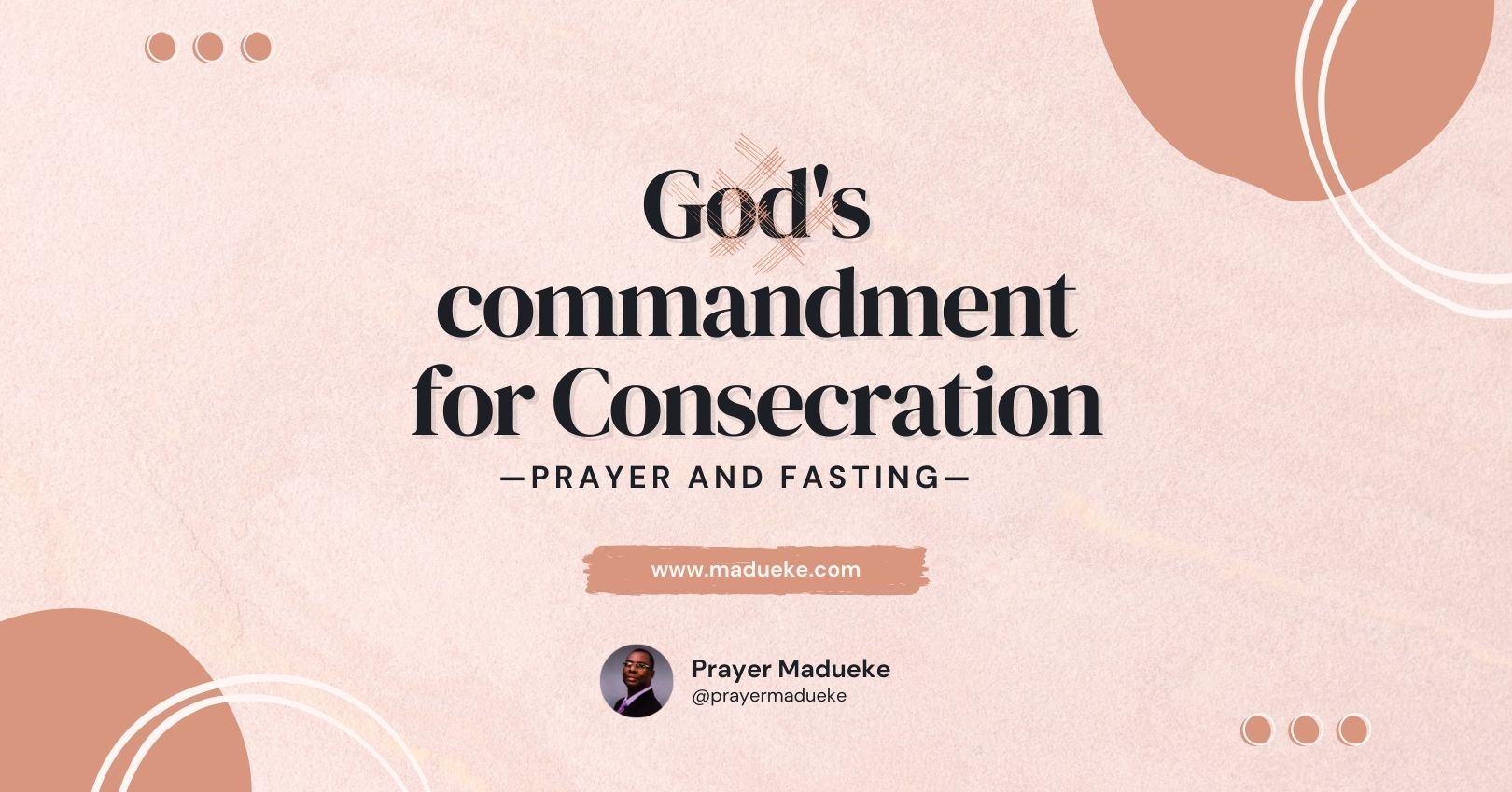 Believer’s fasting is scriptural. It is one of the commandments of God. During the time of fasting, believers should avoid certain activities to enable them to concentrate. Believers are supposed to fast and pray in times of confusion or challenge. Fasting should be observed when we are expecting an answer from God or when our reason can no more carry us through. The Bible said that those who fast are renewing their strength.

“Even the youths shall faint and be weary, and the young men shall utterly fall: But they that wait upon the LORD shall renew their strength; they shall mount up with wings as eagles; they shall run, and not be weary; and they shall walk, and not faint.”

Believers in the past who faced serious challenges fasted and had results. When Moses wanted a clear instruction on how to lead the children of Israel, he fasted for forty days and forty nights. The result of his fasting was that God manifested to him and gave him the tables of stone, a law and God’s commandments that was written by God himself.

“And Moses went up into the mount, and a cloud covered the mount. And the glory of the LORD abode upon mount Sinai, and the cloud covered it six days: and the seventh day he called unto Moses out of the midst of the cloud. And the sight of the glory of the LORD was like devouring fire on the top of the mount in the eyes of the children of Israel. And Moses went into the midst of the cloud, and gat him up into the mount: and Moses was in the mount forty days and forty nights.”

So Believers should fast in times of confusion in any issue of life or when confused on how to carry God’s assignment.

When there was a sudden defeat in Israel by a small country called AI, Joshua and the elders of Israel fasted to know the reason why defeats should be their lot upon all the promises of victory given to them by God.

“And Joshua rent his clothes, and fell to the earth upon his face before the ark of the LORD until the eventide, he and the elders of Israel, and put dust upon their heads. And Joshua said, Alas, O Lord GOD, wherefore hast thou at all brought this people over Jordan, to deliver us into the hand of the Amorites, to destroy us? would to God we had been content, and dwelt on the other side Jordan! O Lord, what shall I say, when Israel turneth their backs before their enemies! For the Canaanites and all the inhabitants of the land shall hear of it, and shall environ us round, and cut off our name from the earth: and what wilt thou do unto thy great name?”

When a believer begins to suffer defeat in life, fasting is necessary.

When little problems begin to trouble a true believer, fasting should be employed to determine the reason. When Hannah was physically fit with well arranged shape, full of beauty but no conception. She went into the house of God fasting with faith

Believers should fast when in discouragement and in despondency, we should fast when family problems persist. Hannah tried it and it worked for her. Try it and it will work for you. When Elijah was discouraged, he fasted for forty days and forty night and God gave him victory over all his enemies

Jehosaphat gathered all Judah into a place and fasted when the enemies gathered against him.

“It came to pass after this also, that the children of Moab, and the children of Ammon, and with them other beside the Ammonites, came against Jehoshaphat to battle. Then there came some that told Jehoshaphat, saying, There cometh a great multitude against thee from beyond the sea on this side Syria; and, behold, they be Hazazon-tamar, which is En-gedi.”

Believers should fast when they are in a crossroad. When the enemies increase and gang up against them. With true fasting from a true believer, he can win any battle. Even sinners who genuinely repent and fast, receive answers to prayers.

“So the people of Nineveh believed God, and proclaimed a fast, and put on sackcloth, from the greatest of them even to the least of them.For word came unto the king of Nineveh, and he arose from his throne, and he laid his robe from him, and covered him with sackcloth, and sat in ashes. And he caused it to be proclaimed and published through Nineveh by the decree of the king and his nobles, saying, Let neither man nor beast, herd nor flock, taste any thing: let them not feed, nor drink water: But let man and beast be covered with sackcloth, and cry mightily unto God: yea, let them turn every one from his evil way, and from the violence that is in their hands. Who can tell if God will turn and repent, and turn away from his fierce anger, that we perish not? And God saw their works, that they turned from their evil way; and God repented of the evil, that he had said that he would do unto them; and he did it not.”

God himself called people in the past to fast. There is a great promise from God for those who can fast and pray according to God’s way.