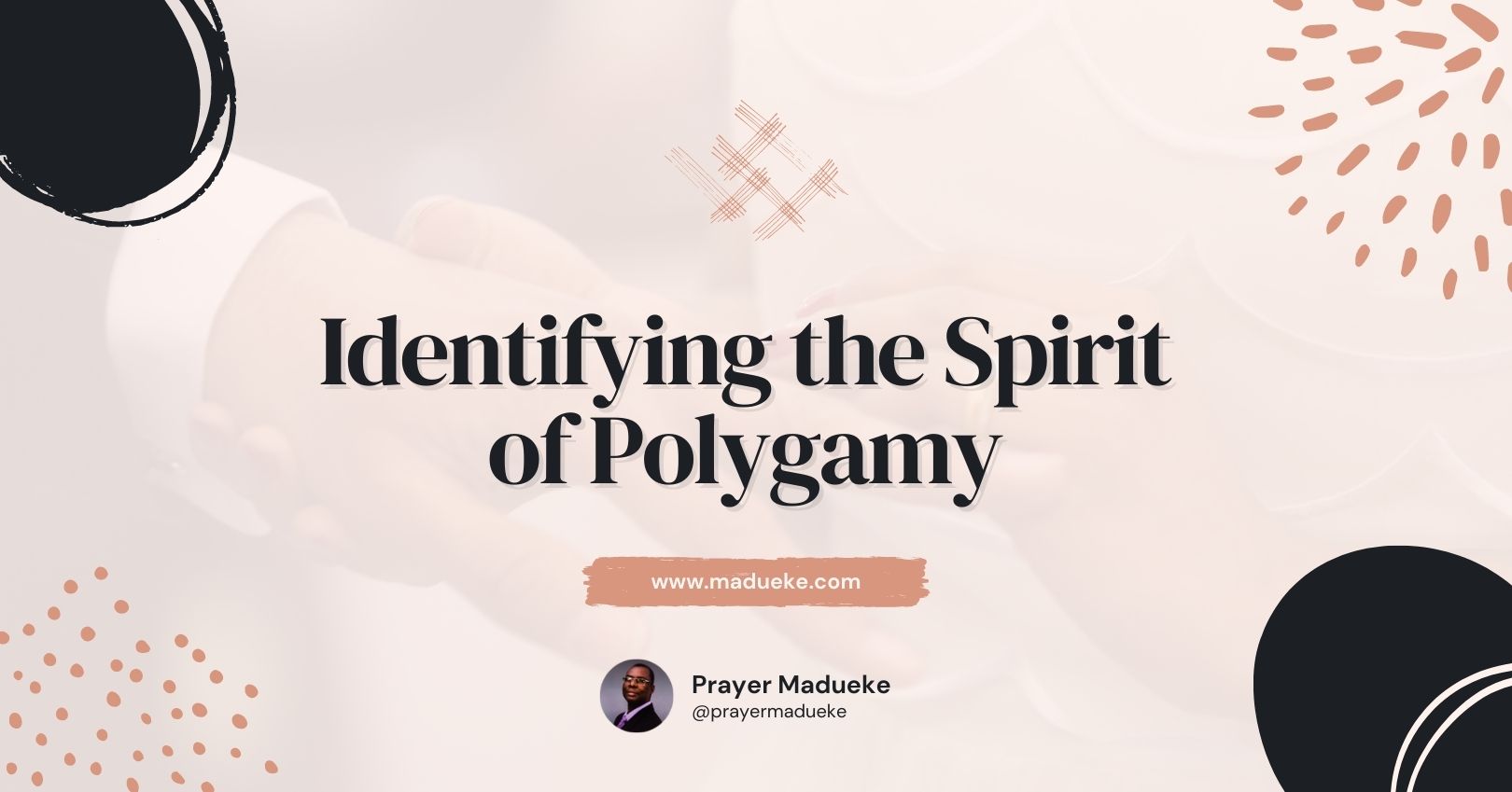 One major area of our lives that is now commonly practiced is polygamy. Interestingly, there are spirits behind this. The spirit of polygamy is a very wicked spirit which is responsible for delays in marriages, and when it enters into already built homes, it destroys the peace and causes endless wars.

Slowly but steadily, the spirit of polygamy seeps into a household until its roots are firmly established. A lot of the time it starts out innocently, but once within a family, it sets in motion a plan that gradually engulfs everyone until they are all at war with one another. There are some signs that indicate that the spirit of polygamy is present in you.

One of these is an uncontrollable desire for immorality and lust for sexual pleasures. Allowing your fleshly desires to take over and playing with ungodly thoughts, seeking to act them out.

“It is reported commonly that there is fornication among you, and such fornication as is not so much as named among the Gentiles, that one should have his father’s wife”

“And when she had brought them unto him to eat, he took hold of her, and said unto her, Come lie with me, my sister”

It appears again when you are unable to cut ties with your previous life and focus on the new one that is your marriage. Some married people still live off memories from their past lives. They still desire the things they did then. Some even miss those things.

“For this cause shall a man leave his father and mother, and shall be joined unto his wife, and they two shall be one flesh”

When you ignore these signs, you open a door for the devil to exploit you. Eventually, there’s a growing resentment, loss of forgiveness, affection, and love in your family. This sparks up chain reactions of weakness, prayerlessness, adultery, separation, and finally, divorce.

“And I say unto you, Whosoever shall put away his wife, except it be for fornication, and shall marry another, committeth adultery: and whoso marrieth her which is put away doth commit adultery”

From the beginning, until now, God’s standard for marriage remains: one man, one wife, and it will always be so. Separation, divorce and re-marriage are not God’s will for His people. So, even if you were born into a polygamous family or as a single person, start now to pray before you get married.