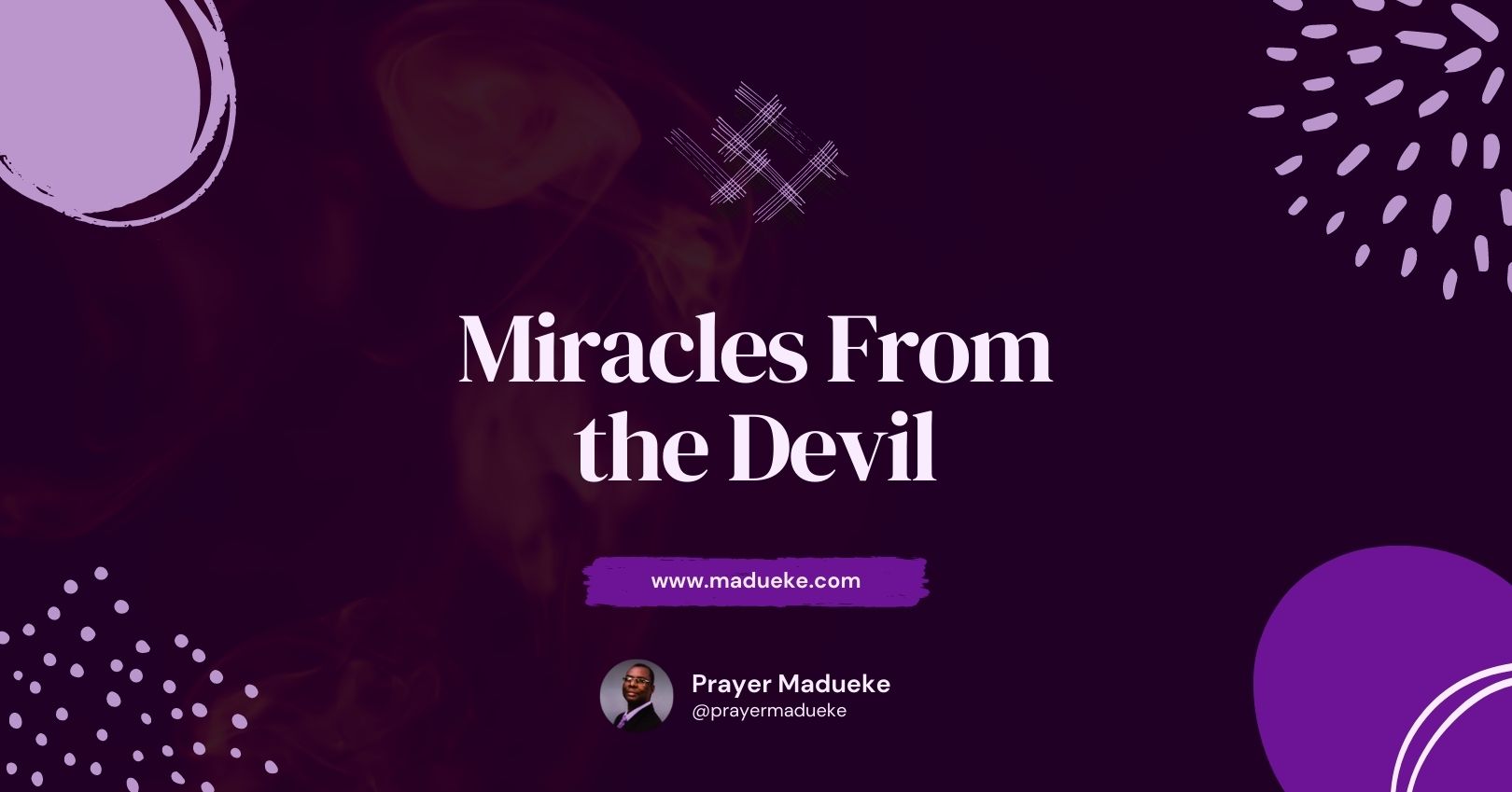 So many miracles are taking place all over the world, and the problems of men are increasing on a daily basis today. People are crying, going up and down looking for solutions to their problems. A lot of them want their problems solved, but they don’t want Jesus in their lives. They want change, but not in their character; they want healing, but they reject the healer. Because of this, God gave them over to a reprobate mind.

They rush with speed to receive miracles anywhere a miracle worker is giving anything up, and they will do anything to solve their problems except giving their lives to Christ. As a result, many have been deceived by so-called healing ministers, and when they are disappointed, they now classify everything supernatural fake.

A good knowledge of the scriptures will tell you that not all the professed miracle workers are from God, yet you must also know that there are gifted people of God who have the right power of God from heaven. As there are counterfeit miracles from evil altars, so there are much more divinely approved miracles from God’s holy altars.

With every genuine thing God does, the devil brings along the imitation to confuse the simple minded to frustrate and deceive those who desire to serve the true God.

“For such are false apostles, deceitful workers, transforming themselves into the apostles of Christ. And no marvel; for Satan himself is transformed into an angel of light. Therefore it is no great thing if his ministers also be transformed as the ministers of righteousness; whose end shall be according to their works.”

When Moses and Aaron went to Pharaoh and cast down the rod as they were commanded by God, the rod turned into a serpent. Pharaoh also called his wise men and the sorcerers – magicians of Egypt.  After their own enchantments, they cast down their own rods and it became serpents as well. The end of it all was that Aaron’s rod swallowed up theirs. In the same way, very soon, all the evil people who are performing miracles will also be swallowed up by the miracles of God.