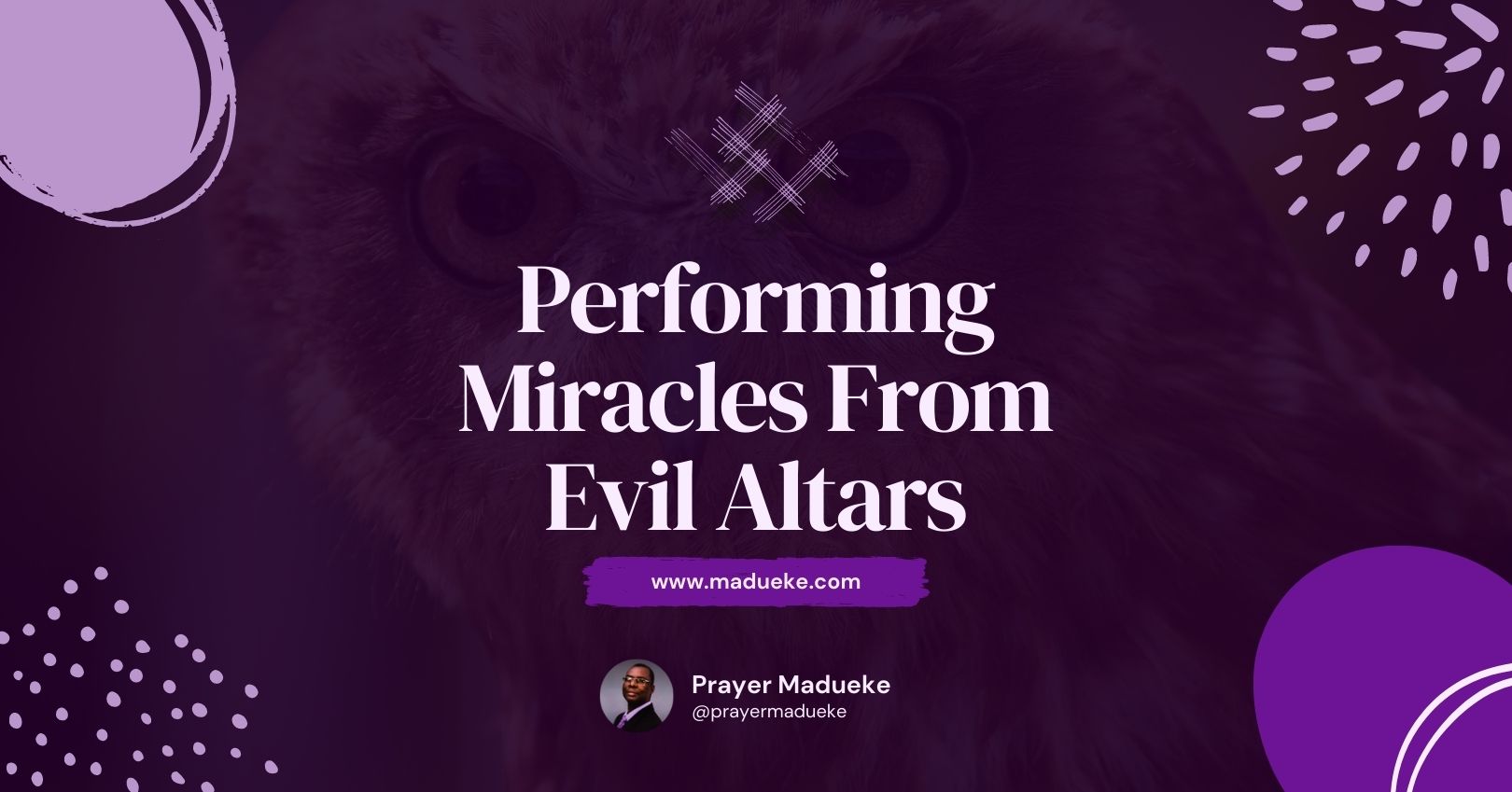 There are so many problems in the world today, and so many people are seeking answers. Just as problems abound, so do solutions, and some of these solutions are not from God. A lot of people want solutions, but they don’t want God in their lives. They want change, but not in their character; healing, but not from the healer.

People are crying, going up and down, looking for solutions to their problems. They rush with speed to receive miracles anywhere a miracle worker is. They are ready to give up anything and do anything to solve their problems, except give their lives to Christ. Many have been deceived by ministers who take advantage of their desperation. When this happens over and over and their hopes are watered down by disappointments, bitterness and disbelief take over. There is doubt over the existence of genuine divine miracles. Some even begin to question God.

“For such are false apostles, deceitful workers, transforming themselves into the apostles of Christ. And no marvel; for Satan himself is transformed into an angel of light. Therefore, it is no great thing if his ministers also be transformed as the ministers of righteousness; whose end shall be according to their works.”

When Moses and Aaron went to Pharaoh and cast down the rod as they were commanded by God, the rod turned into a serpent. Pharaoh in turn called his own wise men and the magicians of Egypt. After their own enchantments, they cast down their rods, which turned into serpents too. But ultimately, Aaron’s rod swallowed up their rods. This is how all the evil people who are performing miracles will also be swallowed by the miracles of God.

“And Moses and Aaron went in unto Pharaoh, and they did so as the LORD had commanded: and Aaron cast down his rod before Pharaoh, and before his servants, and it became a serpent. en Pharaoh also called the wise men and the sorcerers: now the magicians of Egypt, they also did in like manner with their enchantments. For they cast down every man his rod, and they became serpents: but Aaron’s rod swallowed up their rods.”

Taking God at His Word is preferable to searching for fresh miracles in places where God cannot be found. The search for the extraordinary can lead you into many rabbit holes, but trusting in God’s written and living word will never let you down. Wait on God and hold him at his word for your miracles today.