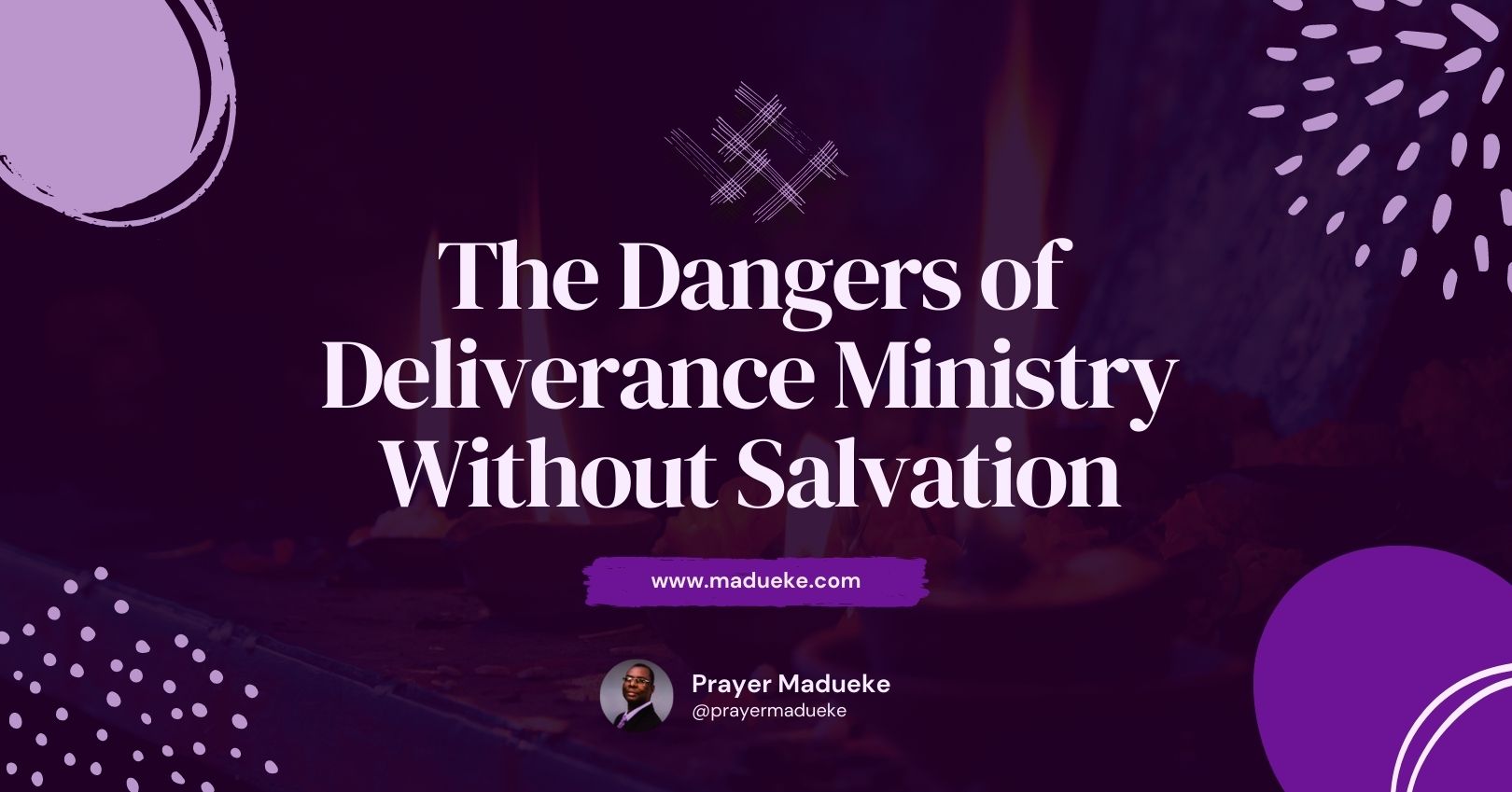 Many deliverance pastors face many problems, and some of them even die prematurely. This is because a lot of deliverance ministers do not know the consequences of casting out demons. Evil spirits are homeless, restless, and helpless. They can only operate and have little rest when they succeed in possessing human bodies.

When the unclean spirit is gone out of a man, he walketh through dry places, seeking rest, and findeth none.

Deliverance Ministers who are not born again are doing a very risky job, and as a result, their ministries, lives, and families will feel the weight of the demons they cast out without authority from Christ, whom Paul preached. Also, evil spirits know those who are true ministers of the gospel. Ministers who have not overcome the works of the flesh but are performing miracles in the deliverance ministry are being deceived. The devil can deceive a deliverance minister to cast out demons without being born again, but later in life, the demons they cast out will deal with them. These evil spirits can transform themselves to attack a deliverance minister without the minister knowing. Therefore, if you are casting out demons but you are still committing fornication, adultery, or even telling lies, you are worse than those who are possessed by the spirit of madness.

Every demon is bad, but the worst of all are the demons that can destroy both the soul and body in hell. Jesus spoke about these two evil powers and compared them. The worst demons attack the soul. Today, we see many manifestations of household witchcraft or wickedness: cases of a brother killing another brother, fathers sacrificing their children in the occult to make money, children sacrificing their parents to make money, husbands hating their wives, and all manner of hatred in society. This real problem is all over society today.

And the brother shall deliver up the brother to death, and the father the child: and the children shall rise up against their parents, and cause them to be put to death. And ye shall be hated of all men for my name’s sake: but he that endureth to the end shall be saved.

The demons living inside the soul are very dangerous and wicked, yet, all over the world, they operate without being restricted. People ignore the demons in their souls and fight only the physical ones. Jesus told the apostles: “Do not rejoice only because you cast out physical demons.” It is extremely dangerous to enter the deliverance ministry if the minister has not experienced soul deliverance. This is what we call the New Testament deliverance. It is also unfortunate and dangerous to deliver people and cast out demons from the body while ignoring those who have captured the soul. You may be delivered physically, but if you are not delivered spiritually, both the body and the soul will be destroyed in hell.

When you are praying for anointing as a true child of God or you are preparing for deliverance ministry, you have to pray for power to convict sinners and bring them into repentance, anointing them to break the yoke of infirmities.