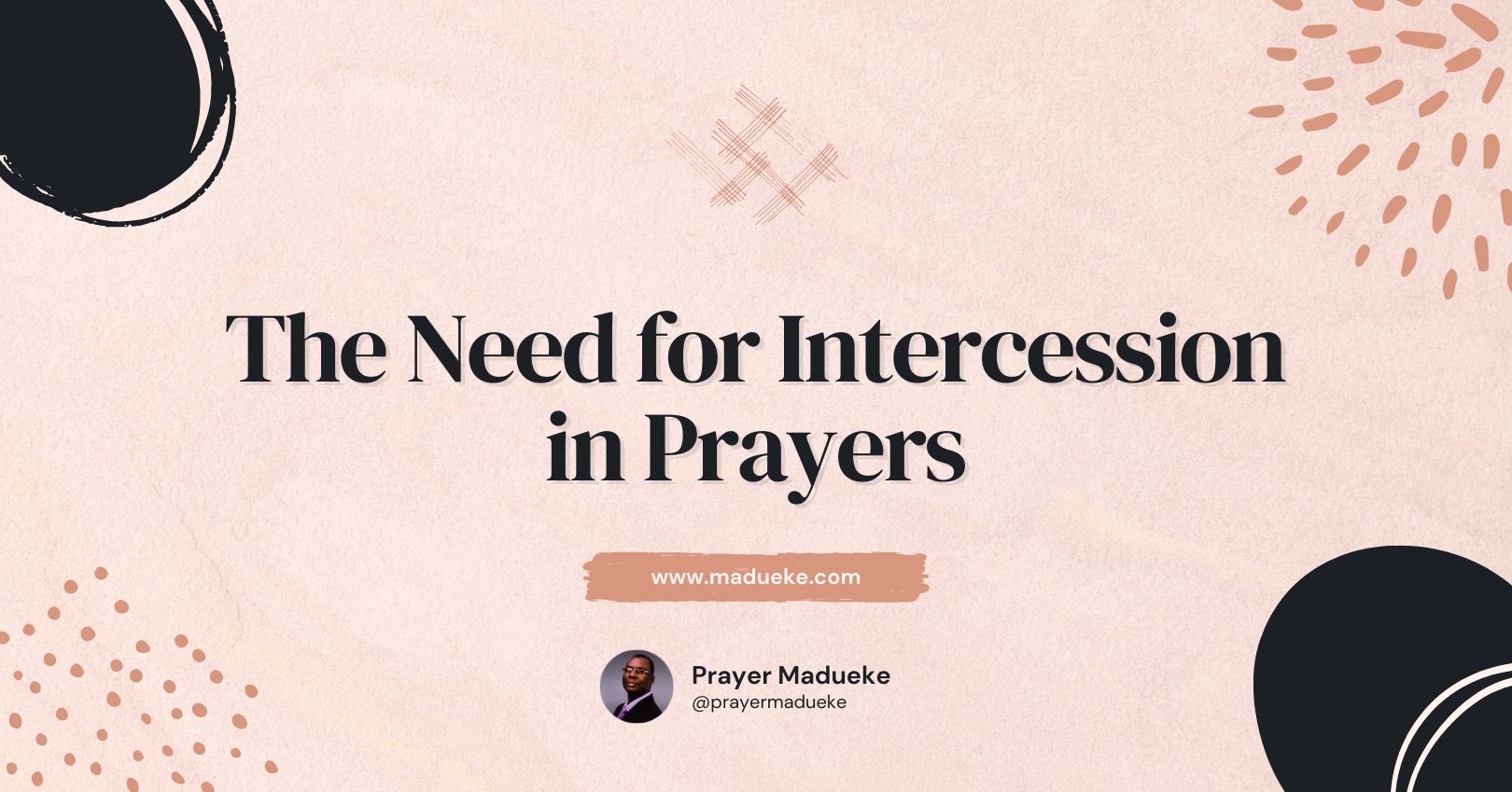 Prayer is how you communicate with God, express your feelings, and tell him your desires. It can always be about you and God. However, prayer encompasses a lot of other things, one of which is intercession.

A family member is battling a fatal illness. Every time you try to share Christ with a neighbor who is in desperate need of him, they turn you away. Because of their own wickedness, the people of a nation begin to fall apart. What can you possibly do in a situation like this?

Often times, you may have been in a church and heard that volunteers are being called upon to pray for a particular cause. That is intercession. Intercession is a heart concern for others, which moves someone to stand between them and God, making requests on their behalf. It entails holding onto God’s will and hanging onto it until it is fulfilled. However, this is not left to a particular group of people alone. Believers are told to pray for all men, no matter what their spiritual state is or what is going on in their lives. It is also our responsibility as Christians to pray for the government and leaders at all levels.

Having known this, it is quite unfortunate that we barely have intercessors in these times. Many believers do not understand this ministry, and as a result, there is a lack of commitment or concern towards it. Instead of praying and standing in the gap, many just criticize the leaders actions and point out their faults.

Paul is a good example of an intercessor. While the church was criticizing and devouring one another, he went to God in prayers. Some of the people that Paul prayed for hated him and fought against him, yet in his prayers, he mentioned their names to God. His commitment to intercession also helped him when he needed the prayers of release for his personal ministry.

And when they had fasted and prayed, and laid their hands on them, they sent them away.

Today, there is no love lost between churches anymore. Denominations are fighting one another, praying against one another. The love of Christ has departed from the lives of many professing believers.

When there is no one to stand for others before God, repentance is scarce. The prayers of intercessors bring down God’s fear, His glory, and frustrate the enemies’ plan against humankind. The intercessors’ prayers cause the glory of God to rise together with the sun and stop the enemies’ flood against humankind. Their prayers stand out to oppose the flood of the enemy against the church. It can cause nations to decide for God.

The church and the world are in need of faithful people who can pray in faith, with love and God’s power. When believers all over the world begin to pray for one another instead of fighting and criticizing one another, things will change.