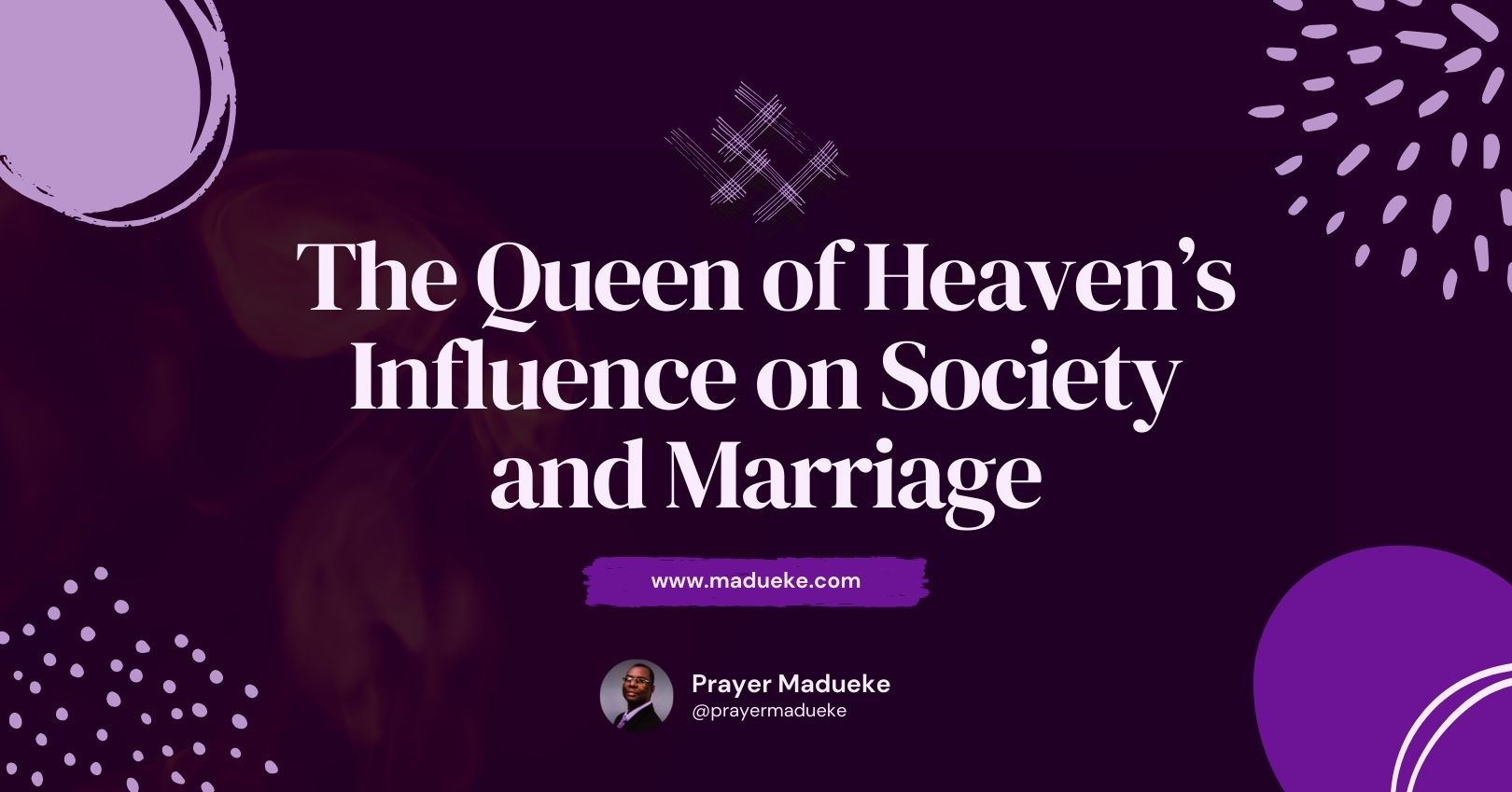 The queen of heaven is the mother of all the abominations upon the earth because she is the woman who gives birth to all evil upon the whole earth. She is the principality that introduced all the evil activities in the world. She has virtually taken over every known facet of life, going from nation to nation. The activity of the queen of heaven is seen in almost every life and nation, with a concentration in the United States of America.

The legal institution is the first thing that this principality has captured in all nations around the world. Using America as a reference point, their legal system has been taken over by the queen of heaven. As a result, America, as the world leader both in Christianity and in political power, technology, materialism, etc., is the target of the queen of heaven. One of the activities established by the Queen of Heaven is the concept of same-sex marriage.

What is same-sex marriage? It is a union between people of the same sex, such as a man and a man or a woman and a woman. From the beginning of the world until now, this is the first time that mankind has had the desire to marry a person of the same sex and live as legally married people with approval from the governing authorities.

In the beginning, God created man and woman and blessed them. But today, in some churches in America and in other parts of the world, pastors, in the name of God, are bringing men and men together in marriage, contrary to the will of God.

“So God created man in his own image, in the image of God created he him; male and female created he them. And God blessed them, and God said unto them, Be fruitful, and multiply, and replenish the earth, and subdue it: and have dominion over the fish of the sea, and over the fowl of the air, and over every living thing that moveth upon the earth”

Many states’ laws have legalized men marrying men and women marrying women. Unfortunately, the churches or temples, established by the mother of abominations, are joining these deceived people in marriage.

Marriage is the foundation of every family and the hope of every nation, and so, when individuals, families, or nations fail in marriage, it means they have failed in all. No church can claim to be of God after failing in the doctrine of marriage.

However, no matter what is going on around us today, the truth is that all true believers should stand for the truth. God, the Omniscient, knew all these things and therefore prophesied beforehand of whatever the mother of abominations is doing today. As Christians, we are to remember not to conform to the ways of the world. Therefore, wherever you may find yourself, stay true to God and His words. You must regard anything as sin when it contradicts the scriptures.

Prayers against the Influence of the Queen of Heaven

Previous article
The Power of God’s Protection
Next article
Decrees: A Divine Tool for Believers