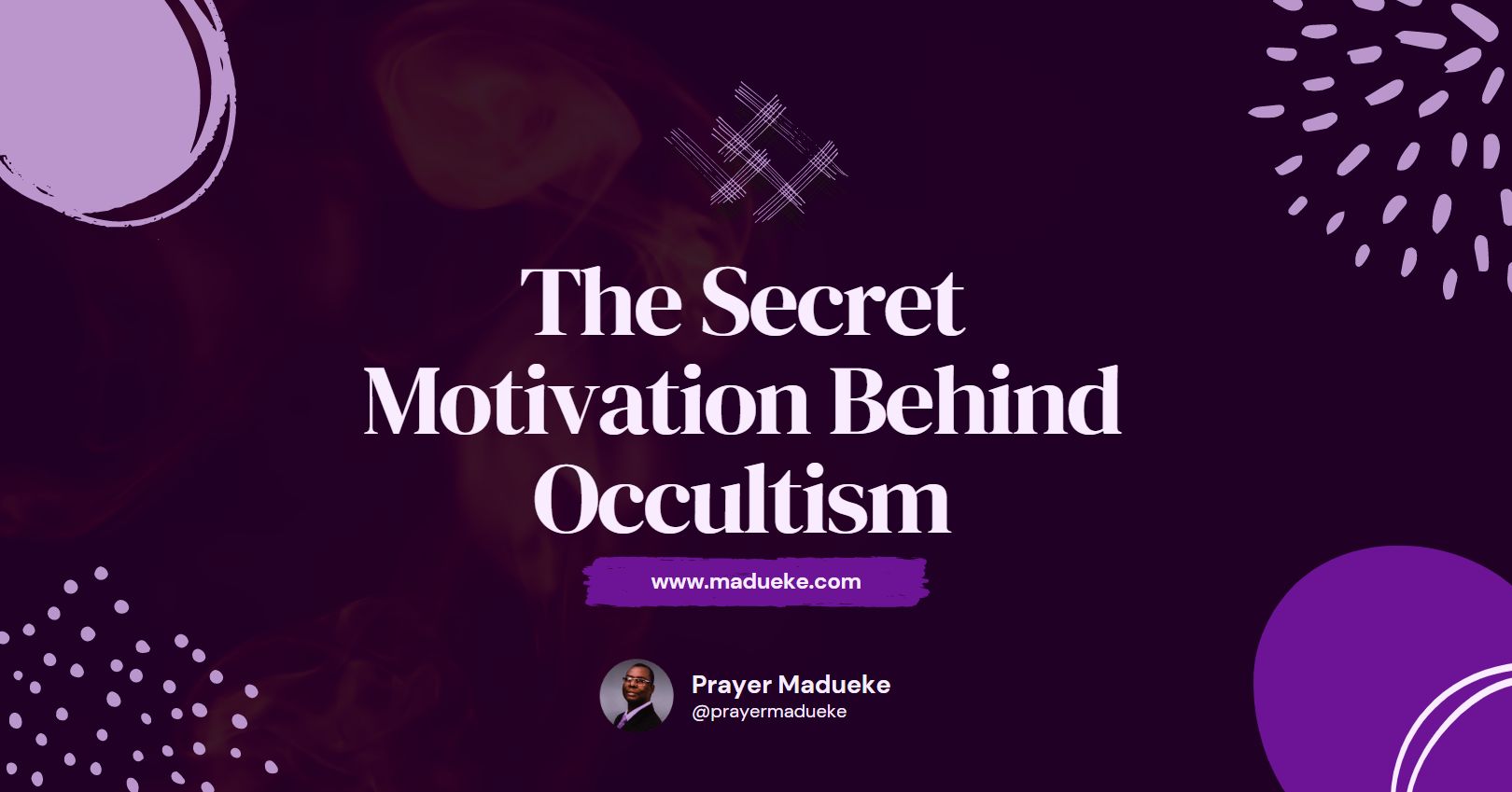 Put in proper perspective, one can argue that occultism is nothing but secret gathering of some people who are bound by an oath or certain conditions to invoke or perpetrate an agenda, usually a demonic agenda of dominion and subjugation as opposed to the divine mandate God gave to Adam and Eve, in extension, to all humans to;

subdue it: and have dominion over the fish of the sea, and over the fowl of the air, and over every living thing that moveth upon the earth

The main issue is that some people, influenced by Lucifer and his followers, desire to have complete control and power over others. They want to dominate and rule over those they see as inferior and less enlightened. This goes against the charge given by God for humans to have authority over all living things. The true motivation behind occultism is this desire for power over other humans.

Satan is the principal spirit behind occultism. Recall how he deceived Eve by lying to her that if she ate the forbidden fruit …

’Ye shall not surely die. For God doth know that in the day you eat thereof, then your eyes shall be opened, and ye shall be as gods, knowing good and evil’

Would you expect that after the fall of man, devil would leave man alone? Wrong! Lucifer has long since built strongholds and many abodes in the hearts of men. He controls men at will. Those that worship him converge in secret places. They practice witchcraft and spirit worship. They recruit as many men and women as possible. Their expansionist theory is never-ending.

Occultism is a widespread phenomenon with many different forms and structures, some of which are known and others that are not. One thing that is consistent among all occult groups is the use of secrecy and the threat of severe punishment for breaking the group’s rules.

It is almost impossible to agree whether there is anything like good occult group as many religious establishments, in the past and present, have been at the forefront of occultism all in the name of worshiping one deity or the other. There is a thin line between good and evil. But truth is, good will never be evil and evil will never be good. Light will never become darkness, likewise, darkness will never become light. It is (and will always be) either one of the two, light or darkness, good or evil.

Prayers of Deliverance from Occultism