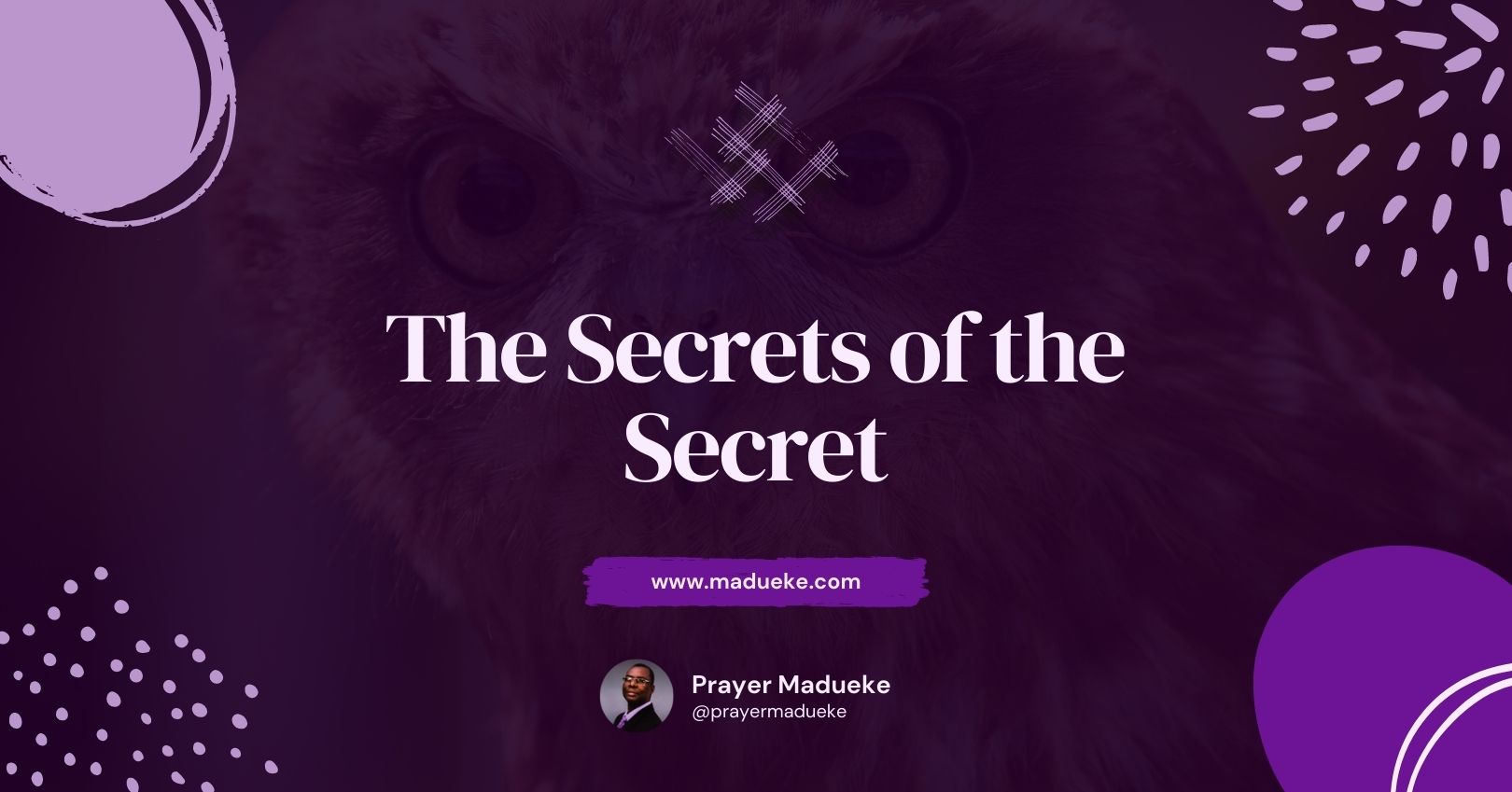 In the beginning, God gave man the ability to tame and govern all other creatures. Their fellow humans were left out of the equation. Some humans, however, inspired by Lucifer and his host of demons, sought for more. As a result, occultism was birthed.

Occultism is a diabolical activity that is hidden from public view. It is a negative supernatural activity designed to waste lives and properties. Occultism is only done by people who have made a deal with Satan. It involves evil things that outsiders cannot understand. The devil is presently using occultism to destroy the world. People who belong to occults are cruel, suicidal, and mad when disappointed in times of failure.

No one can belong to the occult and still maintain a relationship with God because with time, occultism destroys genuine knowledge. Let’s look at Saul and how he was oozing charm and the spirit of God was with him. God knew him by his name, his family’s name, and tribe! He was God’s chosen until he was not. Saul’s disobedience pushed him away from the presence of God and initiated his family into occultism and witchcraft.

To cap it all, he hardened his heart towards any form of remorse or repentance. Not even when he was told that God had chosen another in his place! Interestingly, he continued to bask in victory and prosperity as though nothing had happened. Have you ever met people like this? They’re clearly living in sin, reaping the rewards and for some reason, odds seem to be falling in their favour, and you wish to be like them?

Prosperity in sin is a huge deception and witchcraft occult manipulation. When you sin and fail to repent, the devil will sow seeds of witchcraft, desires for temporary rewards over God’s relationship, and prosperity and victory without holiness in your heart.

He will turn your heart to live unrighteously until you are removed from God’s presence. Do you realize that despite the atrocities of Saul, God, in His grace and mercy, still sent Samuel to him for other assignments? What does that tell you?

Occupying or retaining divine position after committing sin without genuine repentance does not suggest that you are right with God. So when next you see someone prospering and enjoying life while living in sin, do not admire such person in any way because that person could be headed for witchcraft bondage.

Today, there are a lot of situations like this one, where many offices and positions of authority are empty before God but are filled by sinful and rejected elders. It is just a matter of time before the chosen people, like David, appear to take over the throne. Grace can keep you beyond a particular time frame and postpone your judgment to enable you to repent and forsake your sins.

It is not enough to go to church, pray, answer the call of God, preach or carry divine assignment partially. God demands absolute obedience and commitment to His Word, call and assignment to us. God cannot call you for any assignment without equipping you with His power and grace to fulfill His assignment.

Therefore, it remains your choice whether to live in sin, in complete or partial obedience. The grace to resist the devil, deny ungodliness, worldliness, and lusts, and live soberly, righteously, and godly in this present world is readily available to you and I. Saul had all the power to obey God completely, but he chose to go the other way to spare the things God had rejected.

It is wrong to justify your reasons for remaining in sin and disobeying God’s command. Whoever remains in sin or in disobedience to God’s command is giving an invitation to the spirit of witchcraft to rule and reign over his or her life.

To continue in sin is to displease God, which is an act of witchcraft, and after a series of warnings, God might withdraw His Spirit from you. When God withdraws His Spirit, the evil spirit of occultism takes absolute control.

Previous article
Honeymoon: A Time for What?
Next article
Soaring Above Your Enemies