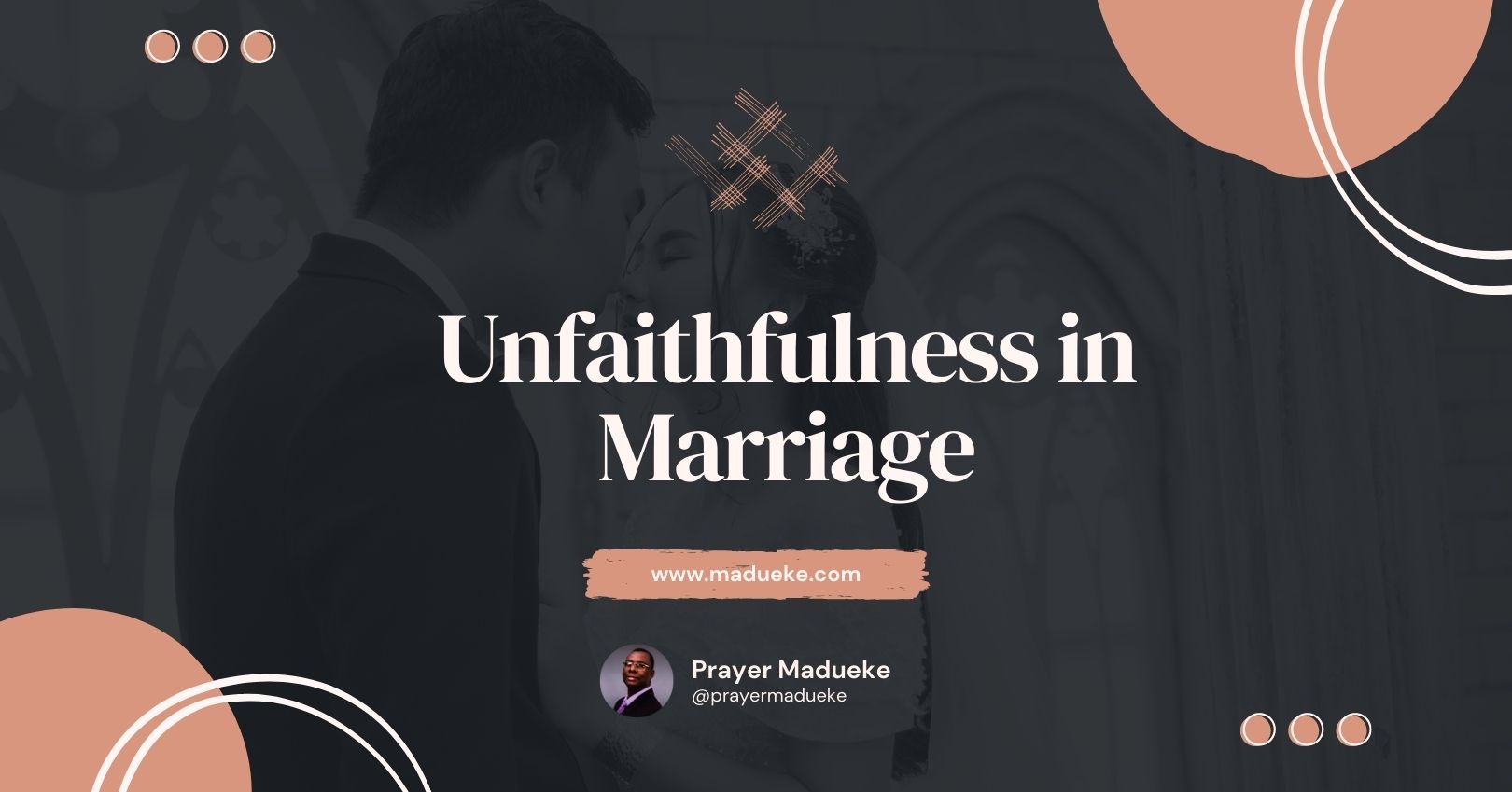 God created sex and declared it “good.” However, he intended that we enjoy this gift within the confines of marriage. Marriage is an exclusive romantic and sexual relationship between a husband and wife. No one or nothing is supposed to come between you two.

Be that as it may, extra marital affairs have almost become a part of daily living in society today, and this is extremely disturbing. It has become a matter of concern in many Christian marriages. Sadly, it is almost generally acknowledged and even justified and has continued to plunge the world into bondage and a state of global hopelessness. Stories of incest between distant family members and even between family members have become the order of the day.

Many men have secretly impregnated their own daughters, sisters, sister-in-laws, etc. These terrible things take place every day, and nobody seems to be ready for that conversation. Countless victims of sexual abuse go through trauma all the rest of their lives. So many other abominable immoralities take place amongst us today.

“And when she had brought them unto him to eat, he took hold of her, and said unto her, Come lie with me, my sister. And she answered him, Nay, my brother, do not force me; for no such thing ought to be done in Israel: do not thou this folly. And I, whither shall I cause my shame to go? and as for thee, thou shalt be as one of the fools in Israel. Now therefore, I pray thee, speak unto the king; for he will not withhold me from thee. Howbeit he would not hearken unto her voice: but, being stronger than she, forced her, and lay with her. Then Amnon hated her exceedingly; so that the hatred wherewith he hated her was greater than the love wherewith he had loved her. And Amnon said unto her, Arise, be gone”

In many ways, it undermines the very foundation of marriage. It causes one or both spouses in a marriage to experience heartbreak and devastation, feelings of betrayal, and confusion. As a result, many marriages are on the verge of collapse. There is an absolute lack of love and trust in families that have gone through such strain. Seeing as it is nearly impossible for a family to still be closely knitted after such troubles have befallen them, sex outside marriage has become the most important reason for separation, and divorce.

Unfaithfulness also opens the door for the enemy to enter your life and claim his rights through sin. Outside of God’s will, there is no true and lasting happiness for a Christian. The pleasures of adultery are fleeting, but the consequences are long-lasting.

Previous article
Is Marriage a Covenant?
Next article
Witchcraft: Then and Now