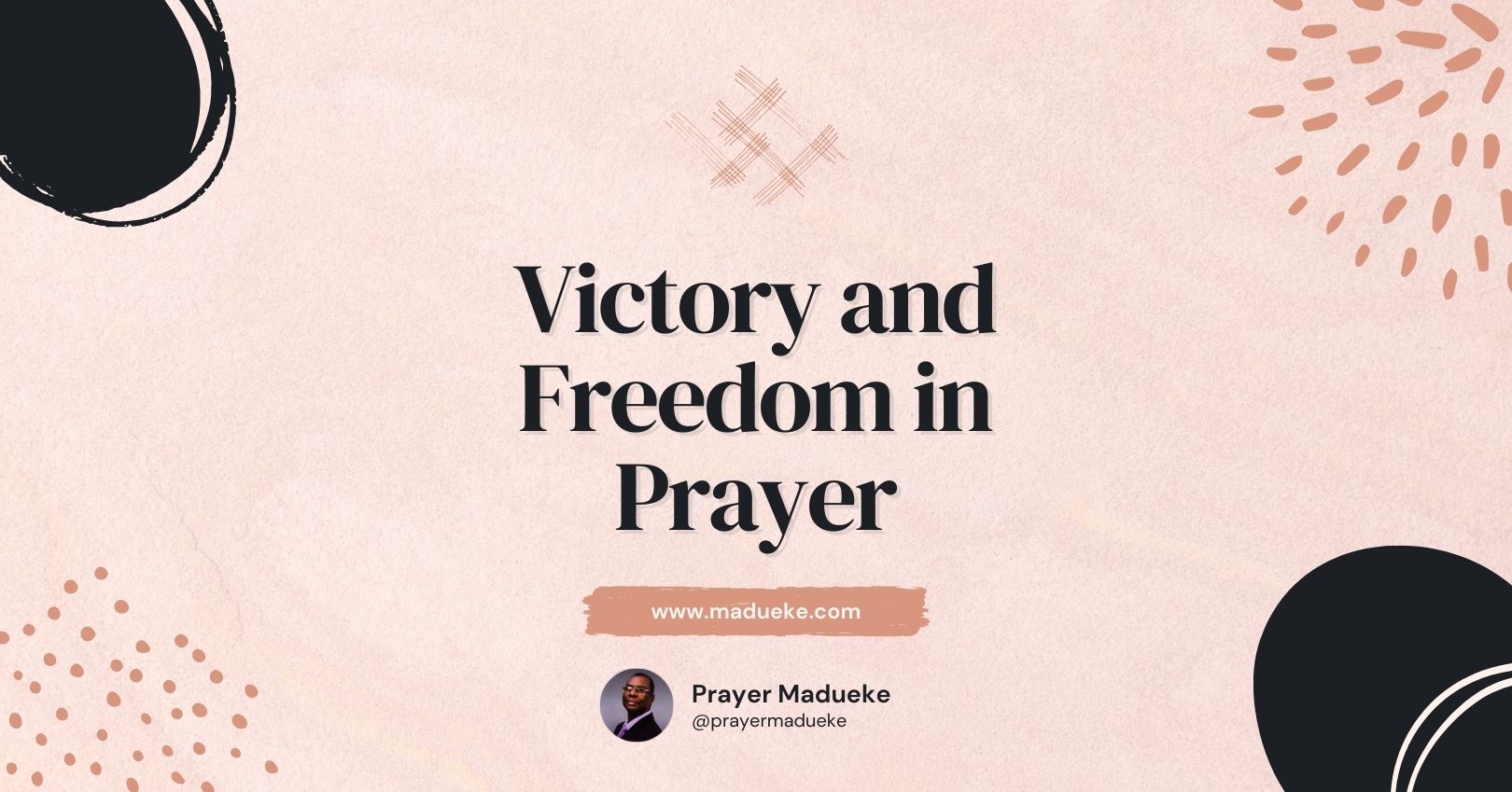 Prayer, like everything else God created, was made for a specific reason. God has given us this means through which we can conquer anything and everything. We saw some of the things prayer accomplished in the Bible, and you can see that your tongue carries tremendous power. But do you know that you can access victory too? Do you know that you can be free from whatever plagues you through the power of prayer?

In prayer, there are no limits to what you can access as a believer. Are you praying? There was a battle between the children of Israel and the Amalek in Rephidim. It was the first battle that the children of Israel had ever fought after they left Egypt (Exodus 17:8-16). They consulted with God, and in turn, he gave them victory. Prayer can fight your hidden and open battles alike.

There’s the story of the woman with the issue of blood for years without a cure; all efforts to put an end to her suffering were to no avail, until Jesus came. For some reason, this woman believed that touching his garment would heal her. Her tremendous faith healed her! Those who will faithfully use God’s phone number of prayers will not remain under the bondage of sickness and diseases.

Jesus once entered a certain city and immediately in that village, ten men who were lepers spoke to him from afar off, saying, “Jesus, have mercy on us.” The voice of faith in prayer secured their healing immediately (Luke 17:11-19). Using these two weapons together without doubt, fear, discouragement, and unbelief can get you your healing and full deliverance from all manner of bondages.

No longer a Slave

“To open their eyes, and to turn them from darkness to light, and from the power of Satan unto God, that they may receive forgiveness of sins, and inheritance among them which are sanctified by faith that is in me.”

Anyone who is born again has been given power to overcome any other contrary power in the world no matter how powerful. Your faith as a believer added with prayer can give you all manner of victory and as such, even those who have been enslaved by the forces of darkness can be set free and can live in the light for the sake of Christ.

Prayer points for Victory and Freedom