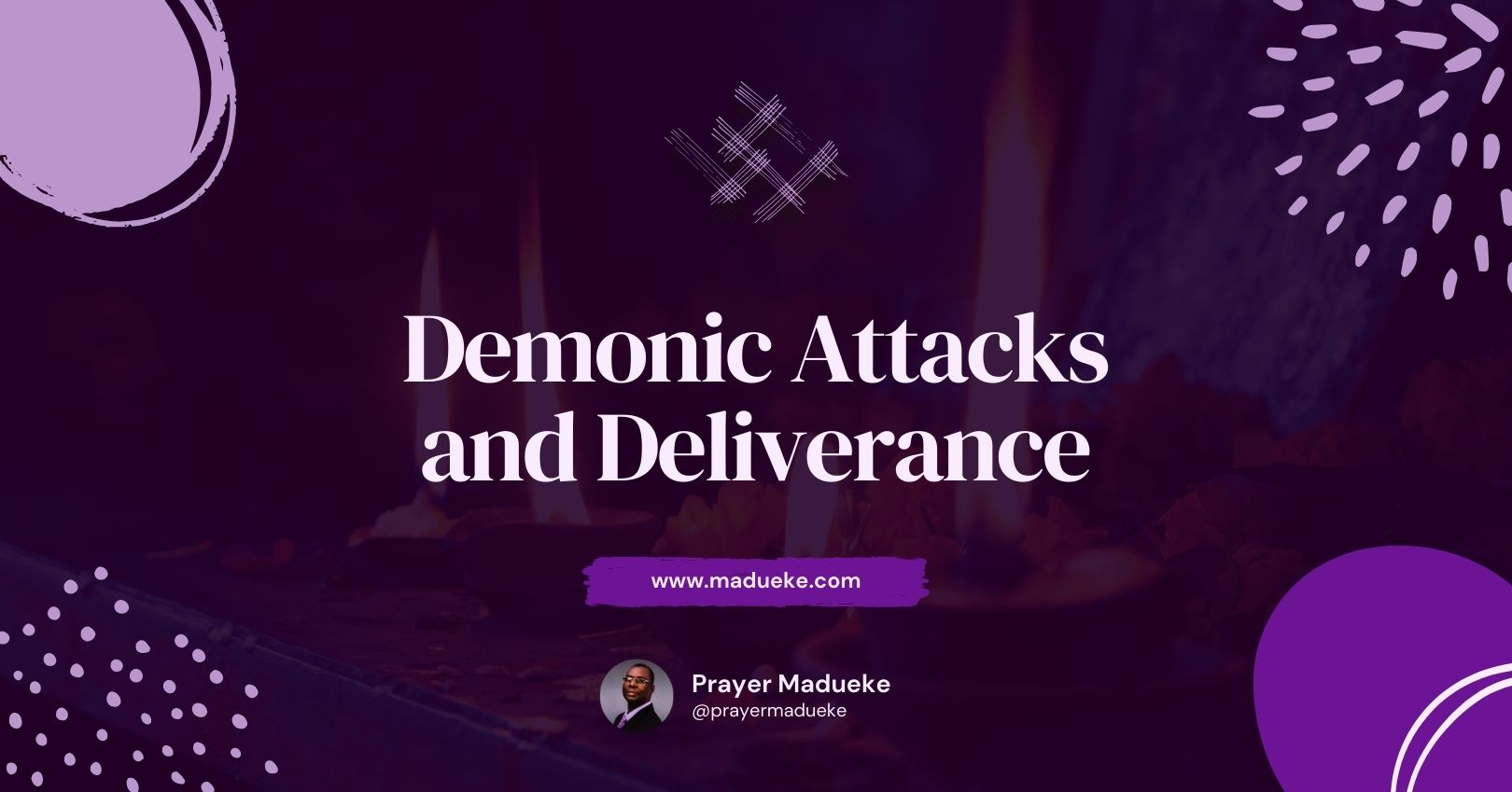 There is a problem or demon we call in deliverance school “problems or demons on suicide missions.” It can also be called “problems unto death” or “powers from the grave.” The demons on a suicide mission are commissioned, empowered, and assigned with enough demons to attack, kill, and take their victims to the grave before returning to their base.

Many people today are suffering immensely in one or two areas of their lives. This problem has vowed to take them to the grave before returning to their kingdom. There are people born in your place who lived and died without a child, a personal house of their own, or an office. Others never got married, never had a car, a good job, or a happy settlement and establishment. They lived and died without being able to achieve anything in life.

There is a level to which the devil can take someone away from their destiny, and their deliverance can only come from God directly without much help from anyone else. When you are being attacked by demons on a suicide mission, even people you are superior to will be preferred over you. Jews, the chief priests, and the scribes who stood and vehemently accused Christ. Despite all the good works of Christ, Herod and his men of war set Christ at naught, mocked him, and sent him to Pilate. Pilate, who had long been at odds with Herod, became friends with him as a result of Christ.

Pilate examined Christ, found nothing worthy of death done by Him, yet offered to chastise Him. But the demons on their suicide mission possessed the Jews, and they cried, “Away with this man, and release unto us Barabbas.” They preferred a murderer and asked for the crucifixion of Christ!

Nevertheless, you can defeat such powers, problems, and evil forces today. David was like that, but he was determined and fought his battles. In his family, no one had overcome sexual sin and lived to achieve the purpose for which God created him. David prospered outwardly, but evil powers on a suicide mission from his father’s house, his place of birth, used the beautiful wife of Uriah to defile him.

He was a victim of a particular type of sin and temptation that defiled everyone before him in the family. David failed like every other person in his family, but he realized his mistakes, repented, confessed his sins, and forsook them. Like David, you can repent today, confess your sins like David, and forsake them. David acted, fasted, acknowledged his sins, and prayed for deliverance:

‘Have mercy upon me, O God, according to thy loving kindness: according unto the multitude of thy tender mercies blot out my transgressions. Wash me thoroughly from mine iniquity, and cleanse me from my sin. For I acknowledge my transgressions: and my sin is ever before me’

He prayed for God’s mercy, his loving kindness, went to God for washing, cleansing, and deliverance from the power of sin, and God delivered him from the demons in the suicide department, solved all the problems, and empowered him for service.

Whatever your problem is—poverty, late marriage, satanic oppression, or premature death—God can deliver you and empower you to serve your generation in God’s will before you die. You can be saved as a sinner, delivered from every oppressor, and kept alive to fulfill your destiny by Christ.