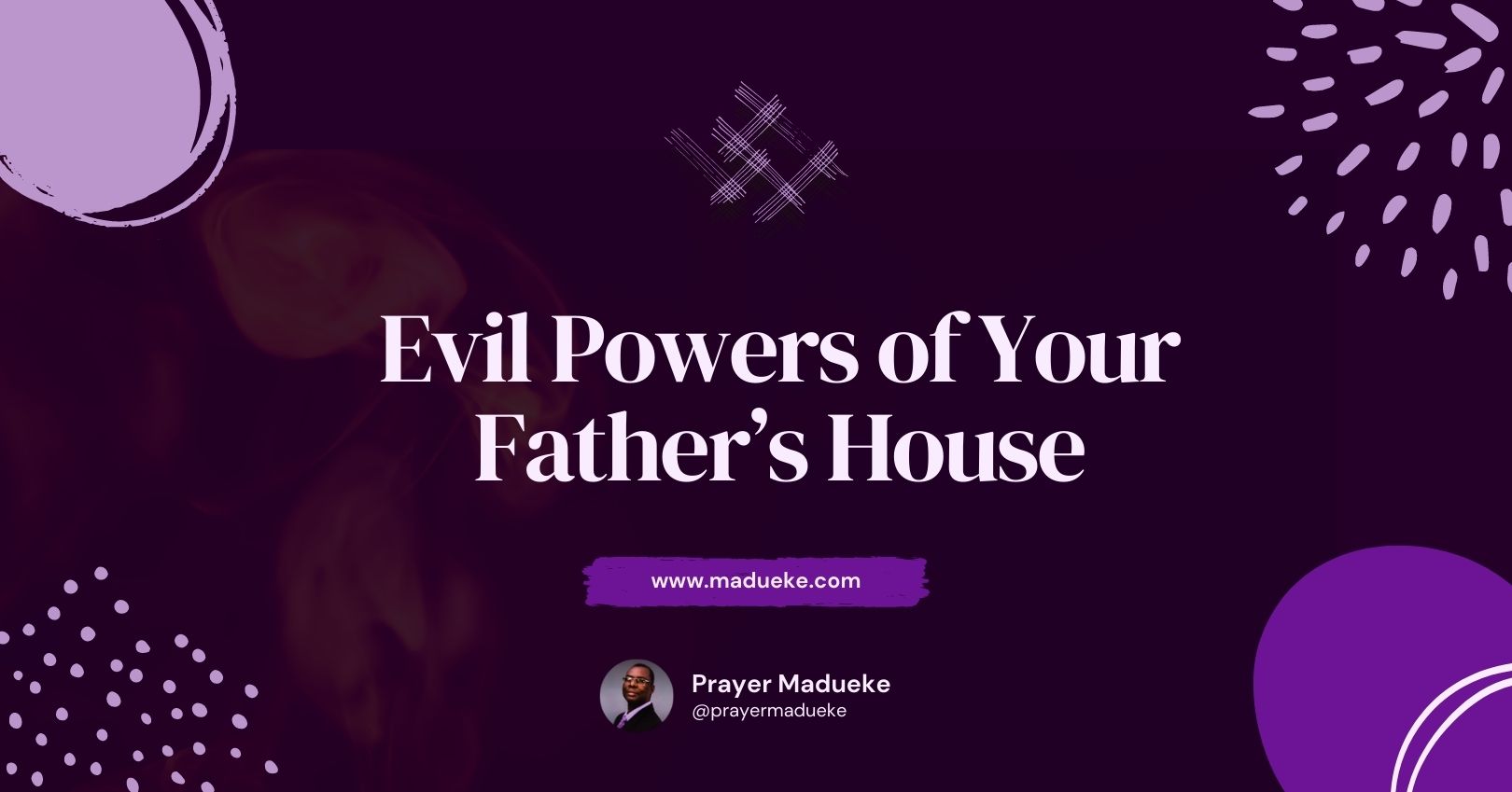 In every family, there’s always some evil power that exists there. He is the family’s strong man. The evil powers of your father’s house are the powers that first defeated people in your lineage. They are the demons that first entered into your ancestral foundations on the very first day they disobeyed God. These are the first demonic powers and their problems that came into people’s lives as a result of sin.

These powers are the ones that lay the evil foundations in a person’s life. They cause people to make costly mistakes at the time of breakthrough and manipulate them into making the wrong choices. People under the influence of these powers often struggle in vain in life; it even destroys their marriages.

The evil powers of your father’s house are the ones who make you see the promise land but refuse to let you enter. It is the power that shows you good things but prevents you from enjoying them. It is the ability to replace a man with another when he is about to succeed in life.

Moses answered God’s call, and he gathered all Israel with his brother, Aaron. He spoke face to face with Pharaoh and overcame all his magicians. He crossed a whole nation across the Red Sea. He fasted for forty days and forty nights to receive the divine timetable. He also prayed down God’s presence and anointed seventy elders. He sent spies, anointed Captain Joshua, and built a fiery serpent for Israel’s deliverance, but the evil powers in the dark room of his foundation blocked him from entering the Promised Land.

“And the LORD said unto him, This is the land which I sware unto Abraham, unto Isaac, and unto Jacob, saying, I will give it unto thy seed: I have caused thee to see it with thine eyes, but thou shalt not go over thither. So Moses the servant of the LORD died there in the land of Moab, according to the word of the LORD. And he buried him in a valley in the land of Moab, over against Bethpeor: but no man knoweth of his sepulchre unto this day”

Are you a minister in need of deliverance? With demons inside you, you can cast out demons and perform great deliverances. Likewise, you can prophesy in the name of Jesus, with your prophecies being accurate, and yet miss heaven. Also, you can do many mighty works in the name of Jesus and yet work in iniquity. With demons inside you, you may be a good teacher of God’s word. You have to do something urgently because Jesus has warned against it. You have to repent, otherwise you will go to hell. If you continue to perform false miracles with the power you received from the water, you will face God’s judgment.