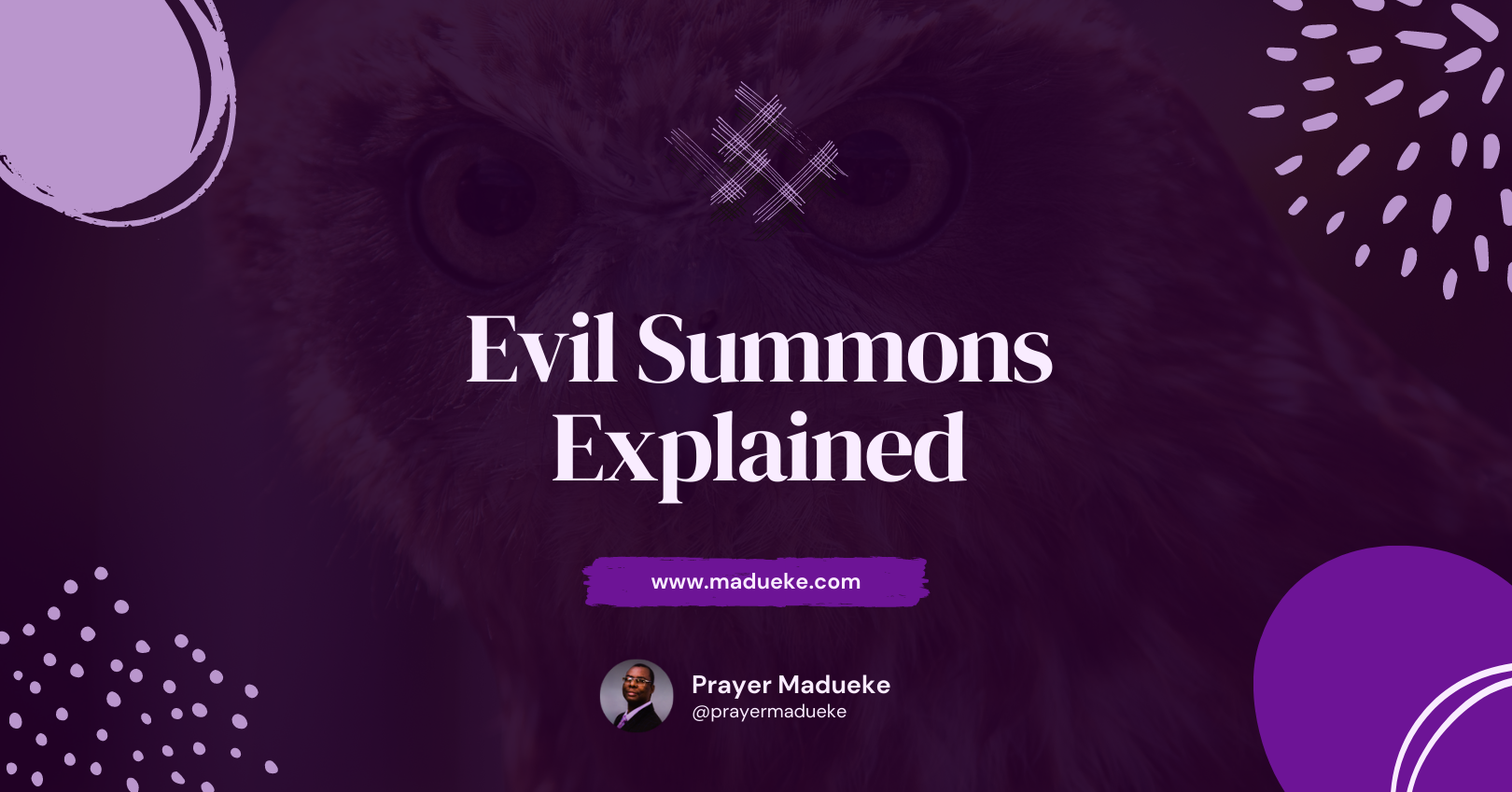 Conjuring the spirits of the dead is known as an “evil summon.” It is a form of necromancy. The capacity to summon evil spirits or the spirits of the dead in order to magically predict the future or change how events will unfold. Evil spirits and human spirits are summoned for evil purposes. It is to order the appearance of one who has been asked to appear before a spiritual tribunal. It means calling on the spirit of a person to do something bad.

Necromancy is a terrible act, which is why it is forbidden by God in the bible.

When thou art come into the land which the LORD thy God giveth thee, thou shalt not learn to do after the abominations of those nations. There shall not be found among you any one that maketh his son or his daughter to pass through the fire, or that useth divination, or an observer of times, or an enchanter, or a witch, Or a charmer, or a consulter with familiar spirits, or a wizard, or a necromancer. For all that do these things are an abomination unto the LORD: and because of these abominations the LORD thy God doth drive them out from before thee.

For we wrestle not against flesh and blood, but against principalities, against powers, against the rulers of the darkness of this world, against spiritual wickedness in high places.

We have the spiritual summons and the physical summons. Physical evil summoners work directly with evil spirits in a place. The disciples’ preaching of Christ and his resurrection was contradictory to the the laid down rules of the people, priests, captains, and the Sadducees by the evil authorities in the city, and so they were physically charged and summoned to the court.

They were commanded not to speak at all nor teach in the name of Jesus. They were physically threatened not to mention the name of Christ again. However, all their efforts to stop them failed. The physical summons could not do much to the bold disciples.

And they called them, and commanded them not to speak at all nor teach in the name of Jesus. So when they had further threatened them, they let them go, finding nothing how they might punish them, because of the people: for all men glorified God for that which was done.

When it was obvious that they couldn’t control them physically, they began to control them spiritually. The disciples suffered such a fate on the day of Pentecost. They were baptized and were all speaking in tongues. All their fears disappeared; sinners were freaked in their hearts; three thousand souls repented. They overcame their physical summons. Then the evil authorities struck; their spiritual man and power were summoned. They lost their boldness and the result of their preaching, signs and wonders, disappeared.

You can be summoned without your knowledge. Some indications that you may have been summoned include:

Notice how the disciples went to God in prayer to deal with the spiritual blow they had been dealt. They spoke to God and demanded a flesh refilling of the Holy Ghost Power. They prayed earnestly in humility and expressed how empty and helpless they were. God responded and released their captives, stolen by evil summon. That was how they overcame both the spiritual and physical evil summoners, and all their needs were supplied.

Yes, you too can destroy these evil powers that may have taken over your life just as the disciples did.

Previous article
The Need for Intercession in Prayers
Next article
Is God speaking to you?