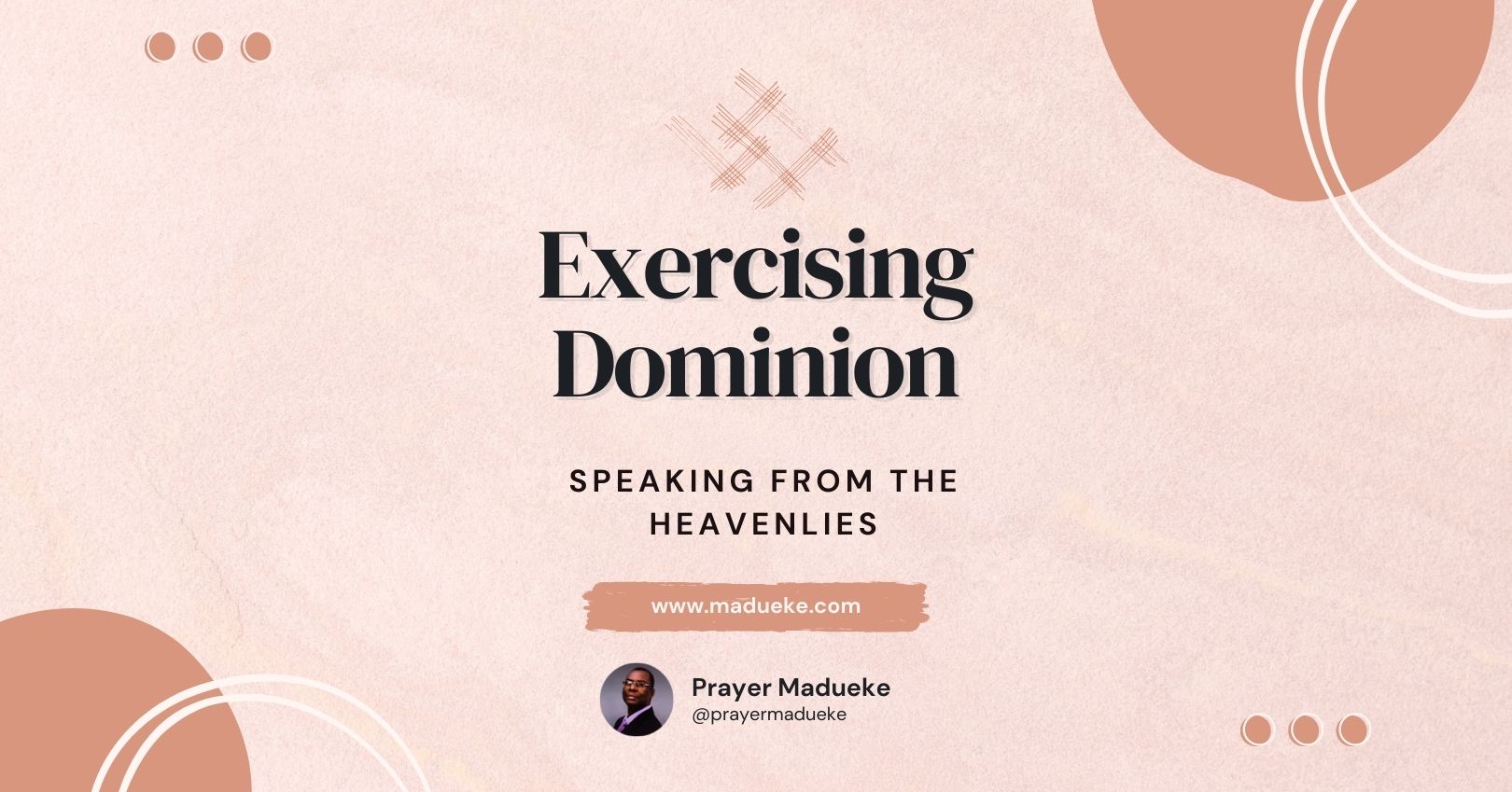 As a child of God, you must position yourself in heaven to pray at the highest level. Your understanding must be enlightened to know that it is Christ who has called you. You must enter fully into the riches of Christ’s glory to inherit what rightfully belongs to you as a saint. You must also be conscious that you have Christ’s supreme power working in you and believe that you are operating from heavenly places far above every other dominion or principality. This high position will enable you to crush every opposition from any part of creation.

Heaven is the place of a believers’ position in Christ and all angelic activities. It is also the battlefield for all spiritual warfare. Any battle won in the heavenly realms is won forever. Fighting from heavenly places puts you far above all dark powers. The heavens are the center of all spiritual warfare against the devil. Therefore, it is not a battle you fight while under the control or influence of any evil kingdom.

Joshua communed with God, and He confirmed to Joshua that his victory over the Amorites was on a particular day. Immediately Joshua got the confirmation, he addressed the sun and the moon to suspend their movements, and they obeyed. The sun heard his voice and stood still for a whole day. Likewise, the moon remained in action for a whole day. The sun and the moon withdrew their services from the gods of the Amorites until Joshua was satisfied with the victory.

‘Then spake Joshua to the Lord in the day when the Lord delivered up the Amorites before the children of Israel, and he said in the sight of Israel, Sun, stand thou still upon Gibeon; and thou, Moon, in the valley of Ajalon. And the sun stood still, and the moon stayed, until the people had avenged themselves upon their enemies. Is not this written in the book of Jasher? So, the sun stood still in the midst of heaven, and hasted not to go down about a whole day. And there was no day like that before it or after it, that the Lord hearkened unto the voice of a man: for the Lord fought for Israel’

What you need in a time of fighting from the heavens is to issue words of authority only, and things will begin to happen. You are a person with authority, having all creatures under your dominion. All creatures are put under you, and once you say, “Go!” they will go, and when you say, “Come,” they will come. You can tell them to do anything you want on earth, and they will do it. The wicked and all enemies of your soul are also included among the creatures under your dominion.

Nothing can stop you from ordering any creature to withdraw its service from a person, place, or thing once you obtain permission from God. You are permitted to stop the wicked and all their influences in your life. The keys of heaven are in your hands, and they are master keys. It can open and close. With these keys, you do not need any other key, for all other keys are subject to the keys of heaven. You can lock and unlock other keys with the keys of heaven, and you can equally fight off the devil and his minions. The kingdom of heaven rules the kingdoms of the earth. As a result, while you are binding and loosing on earth, the heavens will be responding for you to belong to heaven rather than the earth.

‘Again, I say unto you, that if two of you shall agree on earth as touching anything that they shall ask, it shall be done for them of my Father which is in heaven’

Previous article
The Importance of Living a Spirit-Filled Life
Next article
The Prophet’s Warning: Staying True to God’s Word