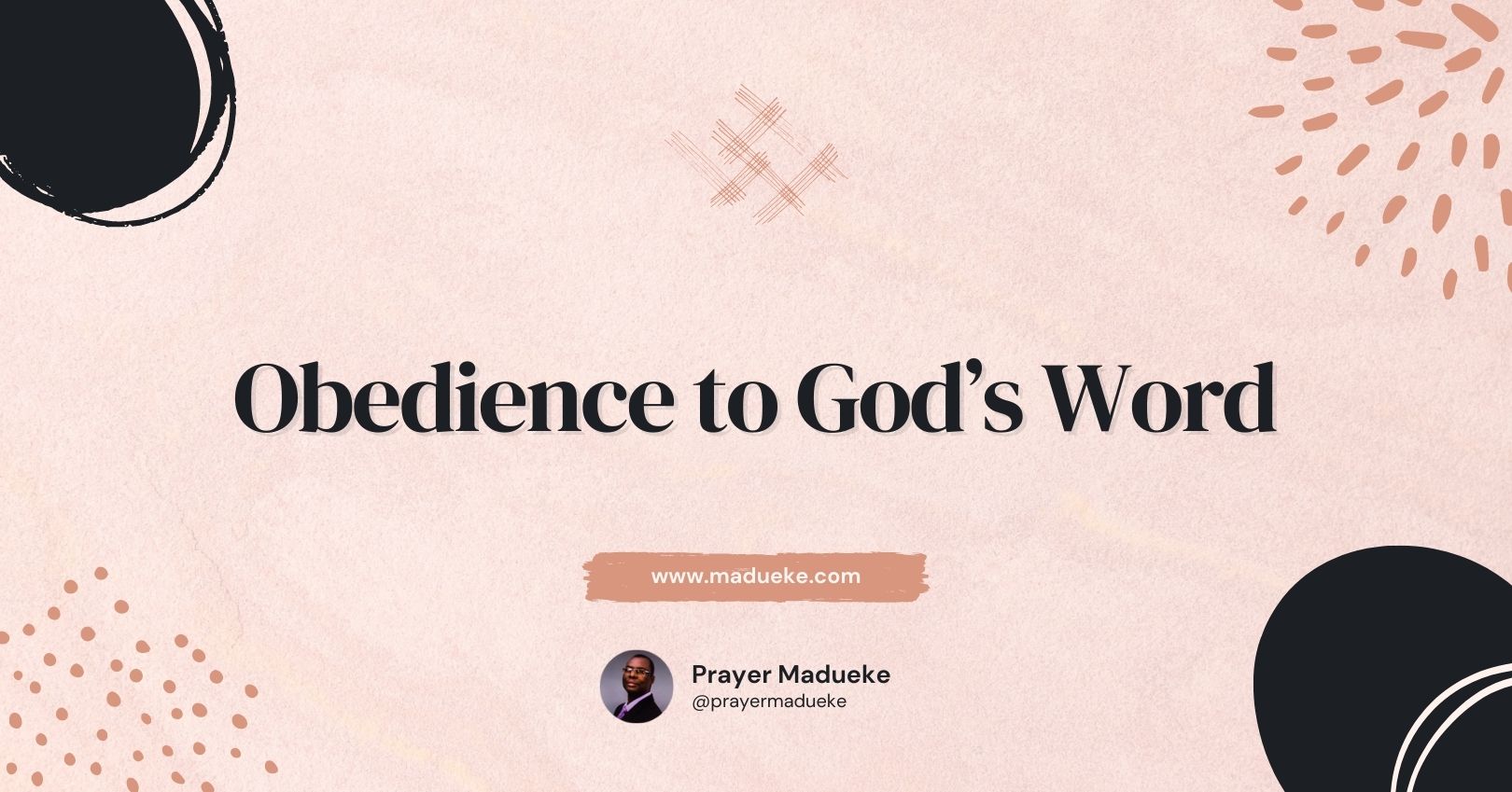 In George Washington’s last address to the Congress, he said, “It is impossible to rightly govern the world without God and the Bible.” No man’s education is complete without the knowledge of the Scriptures. Hearing the Word of God is one thing, and obeying it is another. In all preaching, teaching, and ministering of God’s Word, God views obedience as the most important aspect of all. Therefore, obedience, which is submission to the scriptures and a practical aspect of loving God, must be your major goal.

If you love God, then you have to fall in love with His word and obey it. If you do not have a genuine love for God, you cannot submit to the authority of the Scriptures. There are millions of words, personalities, and powers within and around us contending to take supremacy over God’s word.

You are expected to have a strong desire to know God more and to vigorously oppose any other doctrine that contradicts God’s Word. Doctrines that do not submit to the authority of Scripture must be considered errors and false. The Word of God should be an alarm system that can be triggered by the wrong doctrine.

A lack of knowledge of God’s Word can lead to accepting what is wrong and can lead to the closure of someone’s heaven. Paul’s knowledge of Scripture helped him pursue his ministry without minding his sufferings. He passed through grievous suffering and went through painful hardships before his heavens were opened.

Understanding the Scriptures and putting them into practice leads to an opened heaven, irrespective of obstacles along the way. The fruit of obedience to God’s Word opens closed heavens and pulls down strongholds. It can cause you to experience wondrous things. When you submit to God’s Word, it opens up the closed heavens to establish the supremacy of God over all human needs.

If you must experience open heavens and enjoy God’s blessings, you must live in obedience to the Word of God, even at the risk of death. Separation from sin and submission to the Scriptures are the most potent and practical steps to attract open-heaven

Enoch submitted to the call of salvation, and God opened his heaven and empowered him. He remained in obedience and received favor to walk with God until the day his heaven opened and he was received alive. Noah obeyed God’s word and lived righteously amid corrupt people, and as a result, God opened his heavens. He received enough grace to live when others were dying under closed heavens. His submission to God’s Word pulled down his strongholds and kept him and his family alive.

When Abraham obeyed God; his heaven was opened; he pulled down all his strongholds and made his name great; a great nation equally came out of him. Through him, all the nations and families of the earth were blessed. His seed multiplied as much as the dust of the earth. He was so blessed until his curses were replaced with blessings from above. When his heavens opened, he became the father of many nations, and kings emerged from his loins. He received an everlasting covenant, and the land of Canaan was given to him for an everlasting possession. We are still enjoying those blessings today.