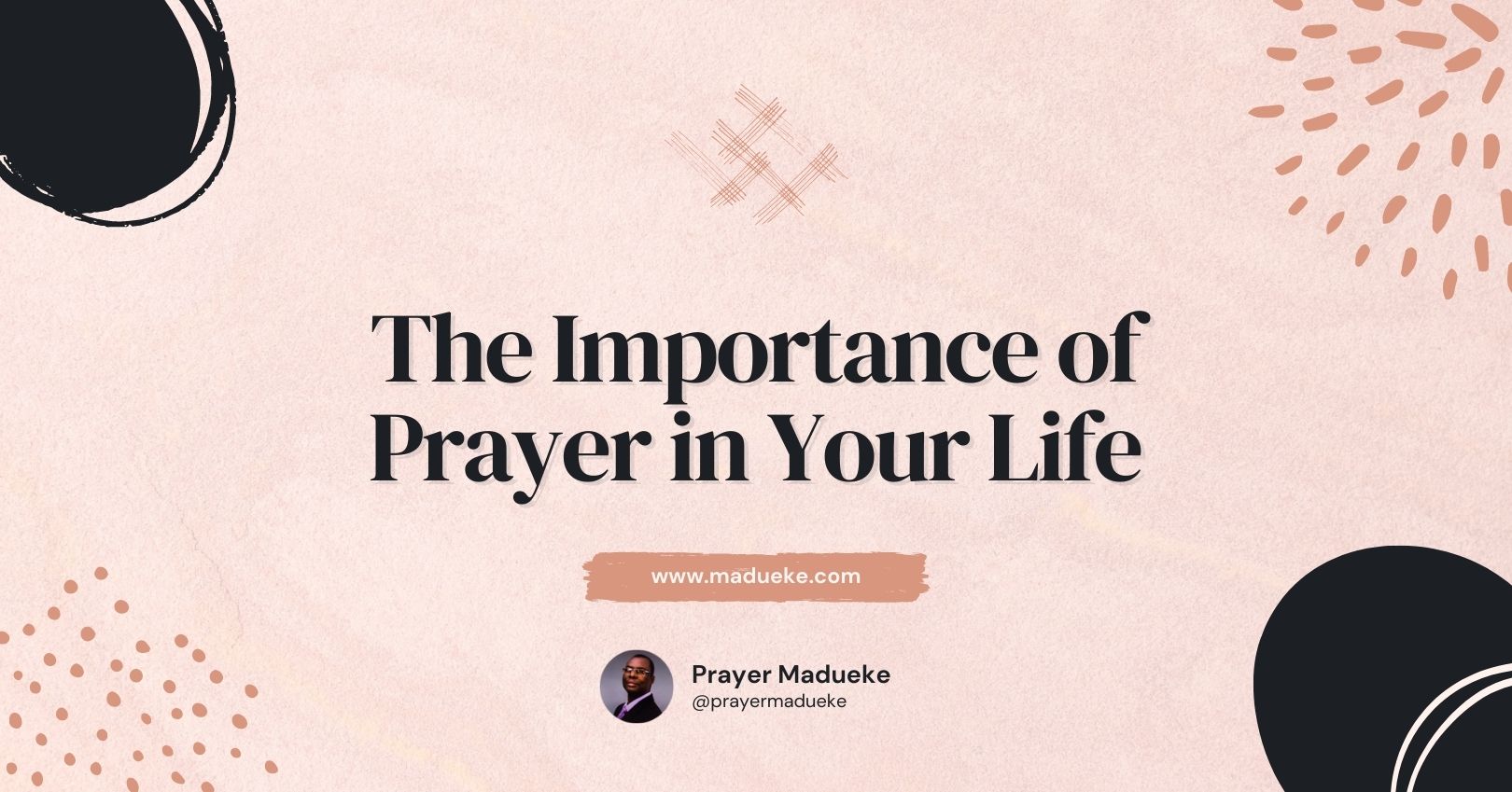 Prayer is an expression of the desire of the heart and soul to reach God. It is the act of communicating with God, an instinct that must have utterance. Prayer is a cry or supplication to God; it is also pouring out the heart and seeking the face of the Lord. There are many kinds of prayers, one of which includes prayers of intercession. A prayer of intercession is a prayer for others; it is a bridge between God and man.

Believers are called to pray for one another, as well as for the church and the nations, rather than to criticize, divide fellowship, find fault, destroy, or oppose one another. We are called to talk to God about every problem. In a war, prayer can put on the armor of war against the enemies on the battlefield, which is what the scriptures describe as warfare prayer.

“For though we walk in the flesh, we do not war after the flesh: (For the weapons of our warfare are not carnal, but mighty through God to the pulling down of strong holds;) Casting down imaginations, and every high thing that exalteth itself against the knowledge of God, and bringing into captivity every thought to the obedience of Christ;”

Thus, one of the greatest contributions you can make for mankind is prayerful intercession. No one seems to do much of it anymore. The tragedy of our generation is that there is no intercessor. Believers devour one another, backbite, and gossip instead of interceding. Whereas when Jesus was on earth, He interceded for the church; He never gossiped. Likewise, Samuel interceded for Israel, and Abraham equally interceded for Sodom and Gomorrah. As such, true believers are commanded to pray for all men. Prayer is an effective weapon to expel demons, speak things into existence, and set the captives free.

“I exhort therefore, that, first of all, supplications, prayers, intercessions, and giving of thanks, be made for all men;”

In addition, prayer is an appeal from the child to the Father against an enemy, problems, or ill-treatment. Therefore, you can drag the devil to the divine court, seeking to reverse demonic judgments and evil actions, and seeking to terminate and reverse his evil deeds in our lives. Jesus, the chief judge in the supreme court of heaven, will reverse the case, bring the power behind your problems, suffering, and hardships to condemnation, and set you free.

Nevertheless, the devil may still contend, resisting the final judgment, but the law enforcement agents from heaven will drag him out of your life and take him to prison to serve his prison term. Between that time of his resistance and your total freedom, you need to have faith in Christ’s judgment and confess your freedom such that, no matter the length of his resistance or the pain you go through for a second, a month, or years, your duty is to take your stand and believe the judgment of the Lord Jesus Christ.

Again, prayer is also bowing the knee and falling on your face at the feet of God. Prayer can find its expression in weeping, agonizing, standing and spreading out the hands, and groaning before God to plead your case.

At other times, it finds expression in looking up to God, bowing the head, sitting, or lying down, expressing yourself to God, and asking for his intervention. Every Christian has great struggles lying ahead, and only God can see you through them in this wicked world we live in. In the past, everyone who dialed this great phone number to communicate with God in prayer was victorious. Today, that number is still valid; it still works.

The wonderful thing about prayer is that it can be done anywhere, anytime, and to the Father through Jesus Christ. Therefore, you are to pray with their whole hearts, with the spirit of forgiveness, in faith, and in righteousness.