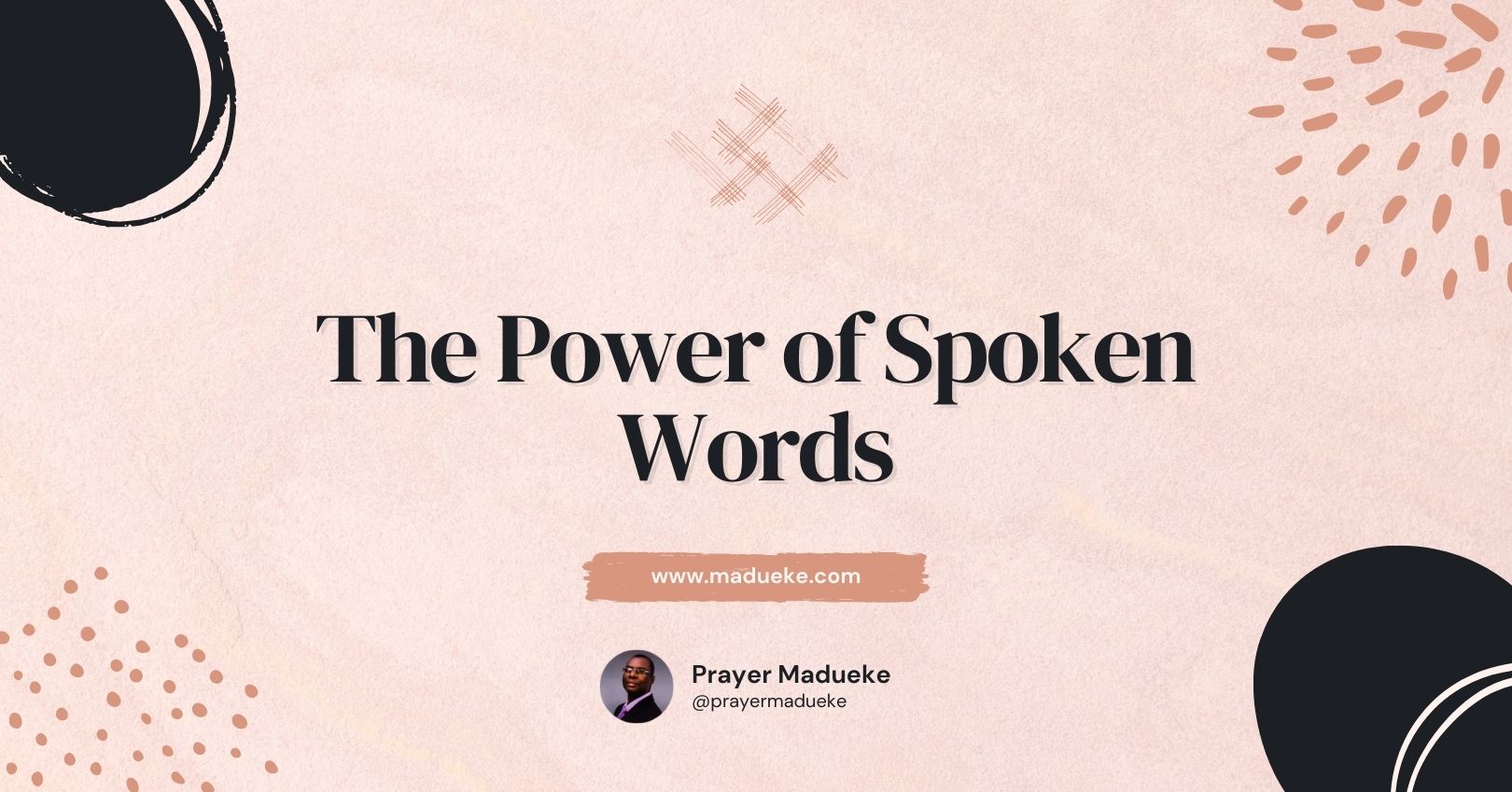 It is one thing to speak a word, and it is another thing to have faith and believe in the word. In the days of the Bible, many people were known for their faith and decrees, and that was how they successfully obtained good reports while standing for God and His Word. Through faith, each of these people understood that the world was framed by the Word of God. So, they knew that things which were in existence were made by the words spoken by God.

People of faith and decrees are people who speak words and believe in those words, regardless of the prevailing situation. Such people have absolute faith in God. God remains God for such people in all situations. Let’s look at Abel and how he believed in excellent sacrifices of love and thanksgiving to God more than his brother, Cain, did. As a result, God accepted his sacrifice; he even spoke at the point of his death. Death and its pains could not hinder Abel’s cries to God. He kept speaking the same words and living the same life of righteousness until he left this world.

“Through faith we understand that the worlds were framed by the word of God, so that things which are seen were not made of things which do appear. By faith Abel oﬀered unto God a more excellent sacrifice than Cain, by which he obtained witness that he was righteous, God testifying of his gifts: and by it he being dead yet speaketh”

The twin brothers, Jacob and Esau, almost killed themselves while fighting in their mother’s womb to receive a spoken word that would come to pass in their lives. Jacob was favored when the spoken word came. That is how potent the words we speak are. Similarly, Isaac’s blessings were received through spoken words and a decree. In other words, spoken words were the source of his prosperity.

Isaac understood that things that existed during his lifetime were the results of words his father either spoke or received from God. That was why it was unnecessary for the people of that time to struggle over Isaac’s inheritance and blessings. The people of that time never struggled over resources or substances. They wanted words of decree in faith, not material things that would perish. It is common knowledge that material things perish and investments equally disappear. However, words of faith do not perish.

The Substance of Faith in Spoken Words

You may not be able to carry your properties from place to place. You can also lose valuable investments and all that you have acquired in life. But spoken words of faith and decree are never lost. They live inside of you. You do not need to pay anything to receive a spoken word; you can travel with it, sleep with it, and live with it. You can even die with it! Though not weighty physically, spoken words of faith and decree are weighty spiritually.

This is what God wants you to get, and this is what you should fight for. People succeed and fail largely as a result of the words spoken about them. However, what you say about yourself is more important. So I’ll ask you: Are you living by what others say about you or by what God has said concerning you? Have you ever said anything good to yourself, or are you depending on what other people will say? What or whose words are ruling your life? The words of men, or the Word of God? Are you living by the decrees of your ancestors or the decrees of witches and wizards?

You are either condemned or justified by your words. Our words, and the words we allow or disallow, determine whether we succeed or fail. You have the power to decree a thing, and it shall be established. However, when you do not decree anything, it is possible that you will never be established.

The beauty of living on words of faith and decree is that you can see, with your eyes of faith, invisible things that were spoken but are yet to come. However, unspoken words or decrees cannot be seen. You need to take charge of your life and your words. Believe in God, and when you do, no evil decree will affect you.