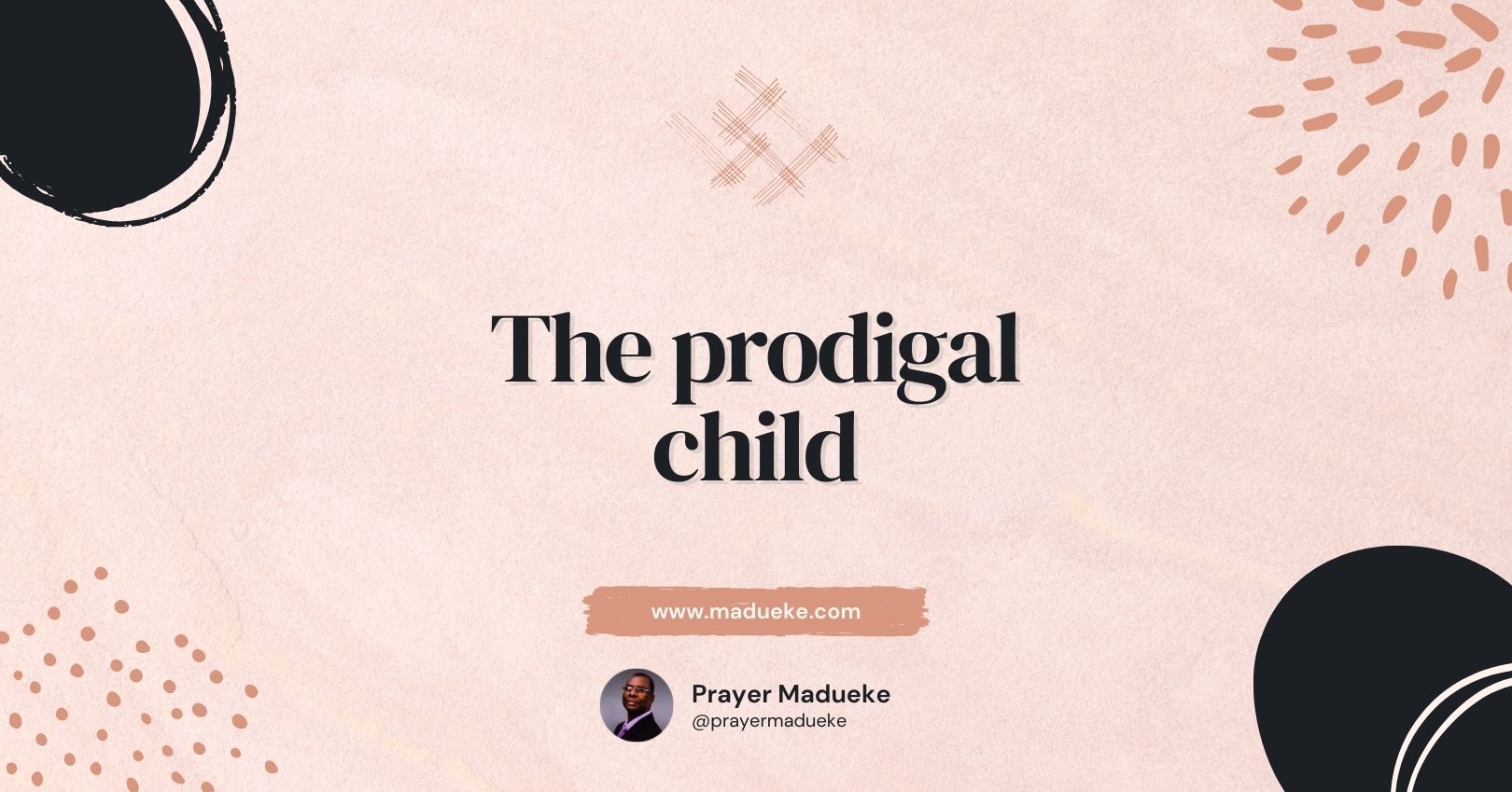 There’s a saying that “it is better late than never.” In life, we are all bound to make mistakes. However, the problem arises when we refuse to get up, dust ourselves off, and try to do things differently in a better way. It is never too late to start all over again in life in order to live and end your life well. In the scriptures, the prodigal son was one such person.

He began his life in a very bad way. After taking the portion of goods that belonged to him and fleeing to a far country, he lavished the remainder of his wealth on worthless living until he fell into famine. He found himself living from hand to mouth at the mercy of strangers, whereas his father was well off and had servants at his service.

Nevertheless, though he made grievous mistakes in his life, he had some significant qualities. He did not allow the devil to destroy him. Instead, he attempted to make a living by cultivating fields for swine feeding. He was a quick starter who refused to allow his bad condition to destroy him. Eventually, the prodigal son resigned from where he was feeding the swine when he could not comfort himself anymore.

He was not proud or ashamed of going back to his source, his father. He remembered that he had a rich father, had a change of heart, and cautioned himself. Taking another quick decision, he decided to return to his father, even if it was going to be as one of the servants. He examined himself, accepted his faults, and confessed his sins. He equally owned up to all his failures.

That journey back to his father earned him acceptance as a son, and everyone rejoiced to have him back except his elder brother.

“And the son said unto him, Father, I have sinned against heaven, and in thy sight, and am no more worthy to be called thy son. But the father said to his servants, Bring forth the best robe, and put it on him; and put a ring on his hand, and shoes on his feet:  And bring hither the fatted calf, and kill it; and let us eat, and be merry: For this my son was dead, and is alive again; he was lost, and is found. And they began to be merry”

When you are off to a bad start or do things you are ashamed of, instead of cowering and running away, you need to find your way back to your source, God, by owning up to your mistakes and your failures and surrendering to Him. Take that decision today, come back to your father, and embrace Him.

Prayers to Live and End your Life Well