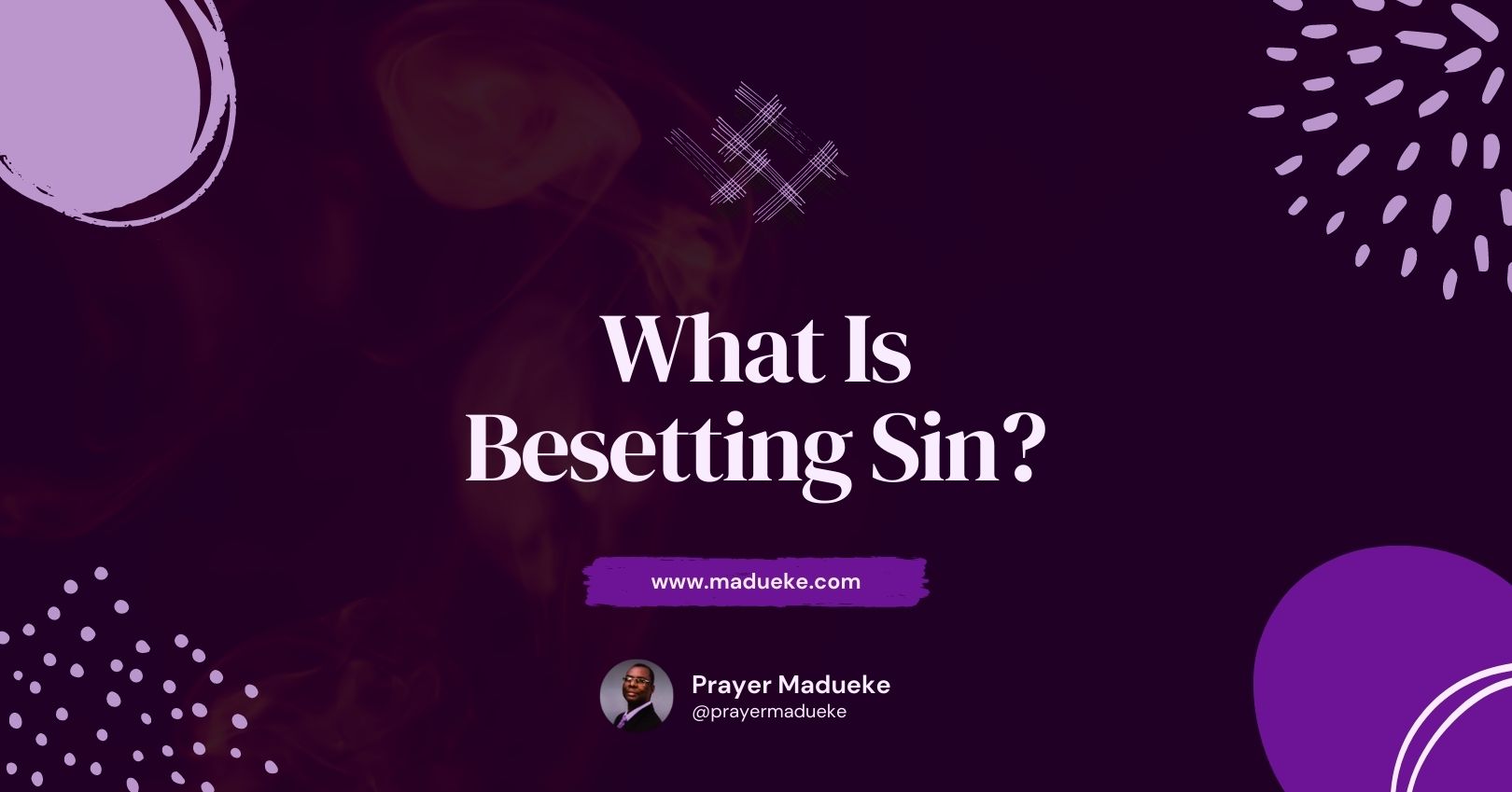 Besetting sin is the master of sins that assails a person, a group of people, an establishment, or a nation, and hems in a person’s life. It is a force of sin that surrounds a person’s life and is constantly present to attack a believer. This sin is often placed upon a person to destroy him or her.

A besetting sin follows and observes a person’s life to the end if it is not dealt with. It is a habitual sin, one which you may have been struggling with for a while, that attacks the heart at the slightest opportunity. It is a force from the satanic kingdom fixed by satanic authority on a special appointment to destroy your life, often resisting change.

Defiance of God’s righteousness and opposing righteous living are also little fractions of what besetting sin stands for. It is also foundational while being the greatest and most stubborn bewitchment against humankind.

“For we know that the law is spiritual: but I am carnal, sold under sin.  For that which I do I allow not: for what I would, that do I not; but what I hate, that do I. If then I do that which I would not, I consent unto the law that it is good. Now then, it is no more I that do it, but sin that dwelleth in me. For I know that in me (that is, in my flesh,) dwelleth no good thing: for to will is present with me; but how to perform that which is good I find not.  For the good that I would I do not: but the evil, which I would not, that I do. Now if I do that I would not, it is no more I that do it, but sin that dwelleth in me.  I find then a law, that, when I would do good, evil is present with me.  For I delight in the law of God after the inward man:  But I see another law in my members, warring against the law of my mind, and bringing me into captivity to the law of sin which is in my members.  O wretched man that I am! who shall deliver me from the body of this death?”

The following are some examples of besetting sin with characters and scriptures in the Bible.

In the days of Abraham, the besetting sin fought and defeated him when he went outside the will of God to live in Egypt (Genesis 12:10-16). The same sin was later manifested in the life of his covenant son, Isaac (Genesis 26:7).