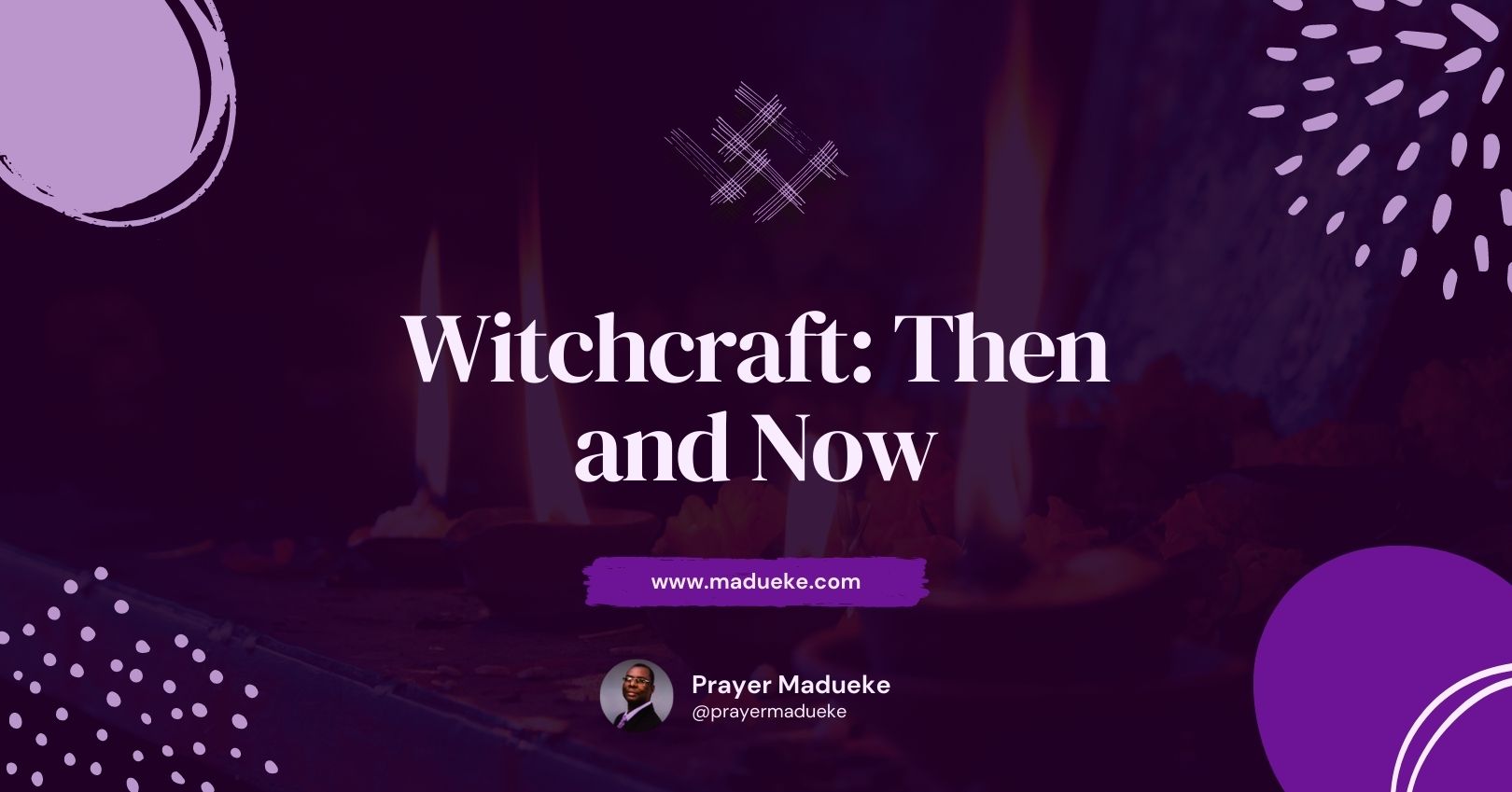 Many people today, including Christians, would rather wave off the topic of witchcraft, probably because it sounds scary and is not the immediate topic they would wish to listen to or embrace. Witchcraft has had an impact on both ancient and modern cultures. It is very easy to overlook it because it is not always obvious, and it frequently masquerades as something it is not.

I am sure that you have always associated witchcraft with only old, ugly, haggard, and ragged people, as is the common notion. However, this is only a half-truth. There are young as well as old witches; poor and wealthy witches as well as very pretty and very ugly witches.

Sadly, our generation has gone after cures and solutions with craze without minding the root cause of diseases and plagues. Our world is suffering. Teachings about prosperity, material things, and gaining the whole world at all cost, even at the detriment of their lives, have become the order of the day. Yet, are all these not manipulations of witchcraft?

Likewise, the bible also mentions the word three times in the King James Version of the bible, thus:

“For rebellion is as the sin of witchcraft, and stubbornness is as iniquity and idolatry. Because thou hast rejected the word of the LORD, he hath also rejected thee from being king”

“And he caused his children to pass through the fire in the valley of the son of Hinnom: also he observed times, and used enchantments, and used witchcraft, and dealt with a familiar spirit, and with wizards: he wrought much evil in the sight of the LORD, to provoke him to anger”

Today, because of how trivial the world has made this topic, a lot of people are unaware of and unable to identify the works of witchcraft. Many people assume there must be a formal ceremony or initiation before one is declared a witch or initiated into witchcraft. While that may be true, millions of people have been initiated into witchcraft already without any formal ceremony and most certainly without their knowledge!

Similarly, if you engage in any payment for divination, you have engaged yourself in witchcraft. If you have benefitted from prophecies of an oracle or you are living by the dictates of an oracle, well, it may also interest you to know today that you have engaged yourself in witchcraft without any formal ceremony. Thus as a believer, you should always watch and pray without ceasing.

“There shall not be found among you any one that maketh his son or his daughter to pass through the fire, or that useth divination, or an observer of times, or an enchanter, or a witch”