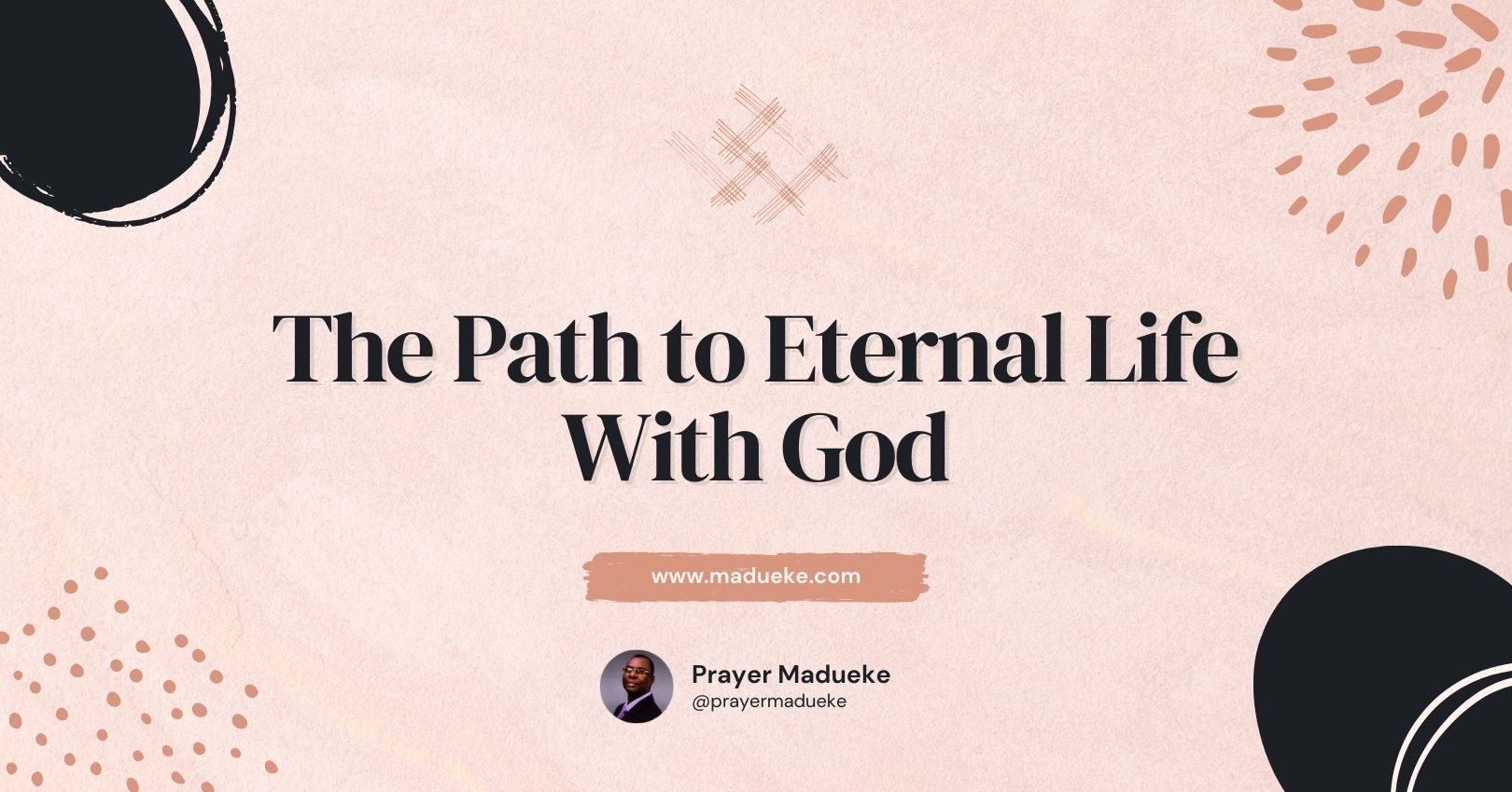 The most important thing on earth is your soul. Whatever you have on this earth or will ever have will not last to eternity. Outside of God’s will, none of your current or future endeavors are worthwhile. Moreover, if you lose your soul, you lose the purpose of living. If you are not saved, everything you do on earth is pointless and unprofitable, worse than pointless and lighter than the worst empty.

As a result, all sinners are called to repentance, while repented ones are called to holiness. Salvation and sanctification are the real foundations that will help you stay alive even after death, and without this experience, your labor on earth will be useless and unacceptable to God. Anything that has no righteousness in it will keep you out of God, out of the rapture, and out of eternity with God in heaven.

In these last days, everything we see on earth and in heaven will come to an end one day. Everything that man pursues on Earth has an end, a finite life span. Our life on earth will not continue forever, and the heaven we now see will be dissolved. You ought to live right, have a relationship with God, and be holy and blameless. You should oppose anything or anyone who attempts to separate you from God, from righteous living, and from being content with what you have.

God is merciful, but as much as he is that, he can also be angry. God’s mercy, which endures forever, can also refuse to continue with those who despise the gift of salvation. The one who delivers in the midst of wrath can also judge the unrepentant who despises His mercy. God, who sealed the Jews and Gentiles and gave them full salvation, will not stop judging those who continue to sin. God, who stopped the judgment in chapter seven of the book of Revelation, will start it again in the continuation of chapter eight.

‘And when he had opened the seventh seal, there was silence in heaven about the space of half an hour’

At the opening of the seventh seal, there was an unusual stillness and a noiseless silence in heaven for about half an hour. It is very unusual and abnormal for heaven, which is known for singing, praising, and being full of holy sounds, to be silent. To be silent for an extended period of time in heaven, which is a place of joy, peace, and continuous happiness, is no laughing matter. The gravity of the judgment contained in the opened seal attacked the heavenly host with dumbness, with unusual silence and they held their peace. The good things in heaven were excused for a while so that they can see the sorrows that await the people on earth. Though, they were in heaven, they saw the content of the opened seal and their sorrow stirred up. Where will you be on that day?

Heavenly hosts, all the raptured saints, and the angels held their peace because the presence of God on earth was to judge the unrepentant. His day to judge the wicked finally came, and heaven was silent because the wicked who opposed God, deceived others, and despised His word will be judged at last. The princes, the king’s children, and all who rejected the gift of salvation were about to be rewarded. The sinners, all who used violence and deceit, will not go free unless they repent.

The heavenly hosts became silent because those who think that the earth belongs to them were finally going to be judged. Those who promoted evil, injustice, wickedness, and abomination without being challenged have lost their power.

‘Be silent, O all flesh, before the LORD: for he is raised up out of his holy habitation’

Nevertheless, this judgment is not in the past or present; it is a future judgment, so you can still amend your ways and repent. You can still escape this judgment and prepare yourself for the day of death or rapture. These things have not taken place, so you still have a chance to tell more people to amend their ways. Don’t miss this chance.

Previous article
The Prophet’s Warning: Staying True to God’s Word
Next article
Finding Christ in the End of Christmas