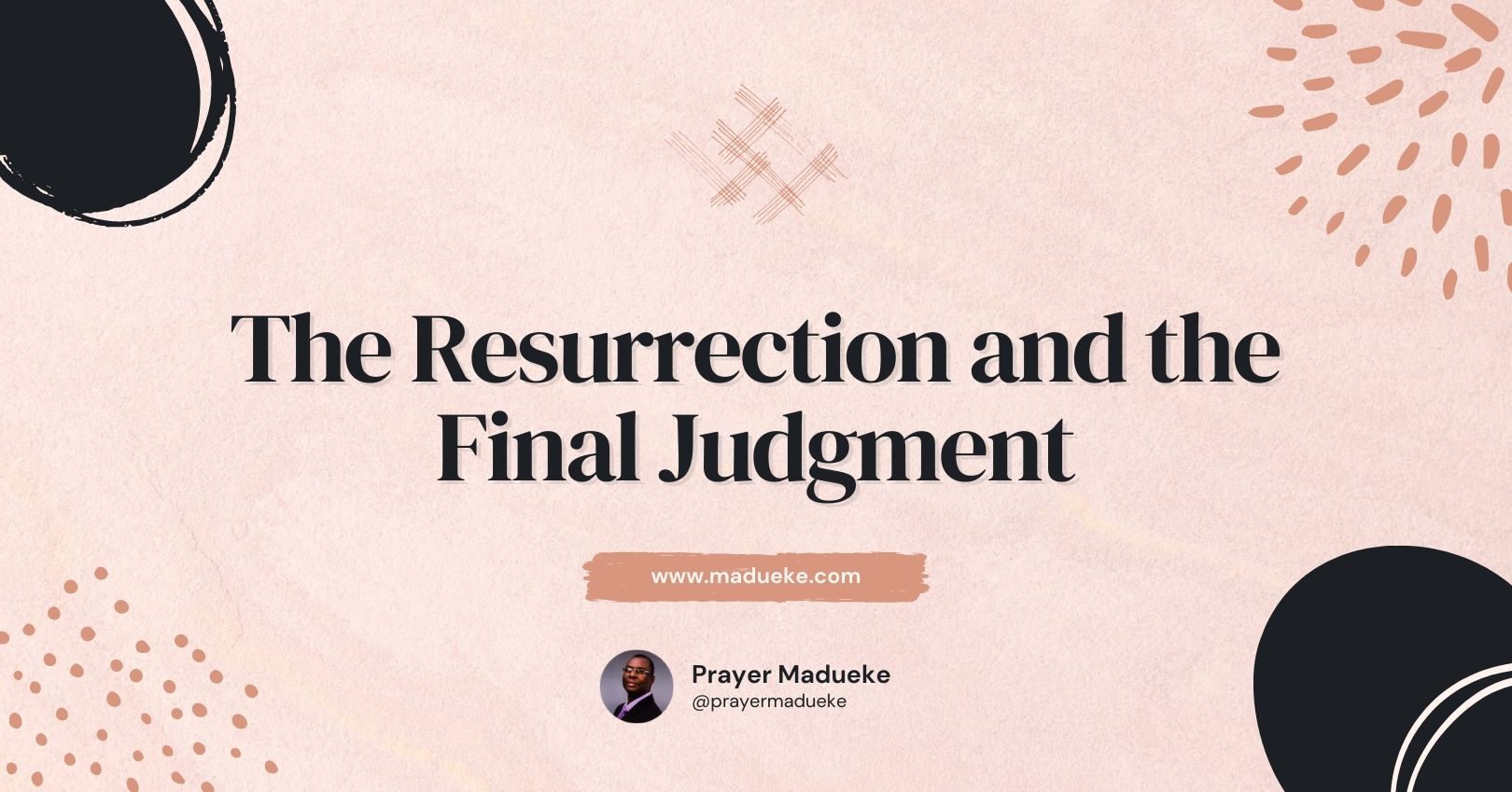 The word of God in both testaments clearly teaches us about the resurrection. The fact that Christ was raised gives believers hope that even if they die, they will be raised again. Death is not the end of life but rather the beginning of life, and so the Christian life, all the struggle and the persecutions, all that we go through as Christians, would have been in vain if not for the hope of our resurrection.

Believers who die in Christ will be raised to non-corruption, glory, power, and spirituality, and we shall hear the voice of Jesus Christ and will rise. Jesus told Martha, the sister of the dead Lazarus, “I am the resurrection and the life; he that believeth in me, though he be dead, yet he shall live.” He went ahead and commanded Lazarus out of the grave, after four days of burial.

‘And when he thus had spoken, he cried with a loud voice, Lazarus, come forth. And he that was dead came forth, bound hand and foot with grave clothes: and his face was bound about with a napkin. Jesus saith unto them, Loose him, and let him go’

The doctrine of resurrection is a reality and a cardinal doctrine of the word of God. When the Prophet Daniel spoke of the resurrection of the dead, he saw it as occurring after the time of trouble, under the desolation of Israel, in the final years of the great tribulation.

‘And at that time shall Michael stand up, the great prince which standeth for the children of thy people: and there shall be a time of trouble, such as never was since there was a nation even to that same time: and at that time thy people shall be delivered, every one that shall be found written in the book. And many of them that sleep in the dust of the earth shall awake, some to everlasting life, and some to shame and everlasting contempt’

Likewise, you can believe it or not; it does not matter. Scoffers who choose not to believe in Christ’s resurrection cannot stop or hinder it. Christ has been raised from the dead and so when the time comes, you will not be able to prevent the resurrection of all saints and sinners who have ever lived and died in this world.

For what if some did not believe? Shall their unbelief make the faith of God without effect? God forbid: yea, let God be true, but every man a liar; as it is written, That thou mightest be justified in thy sayings, and mightest overcome when thou art judged’

Previous article
Repentance: A Journey of Transformation
Next article
The Consequences of Idolatry: God’s Coming Vengeance