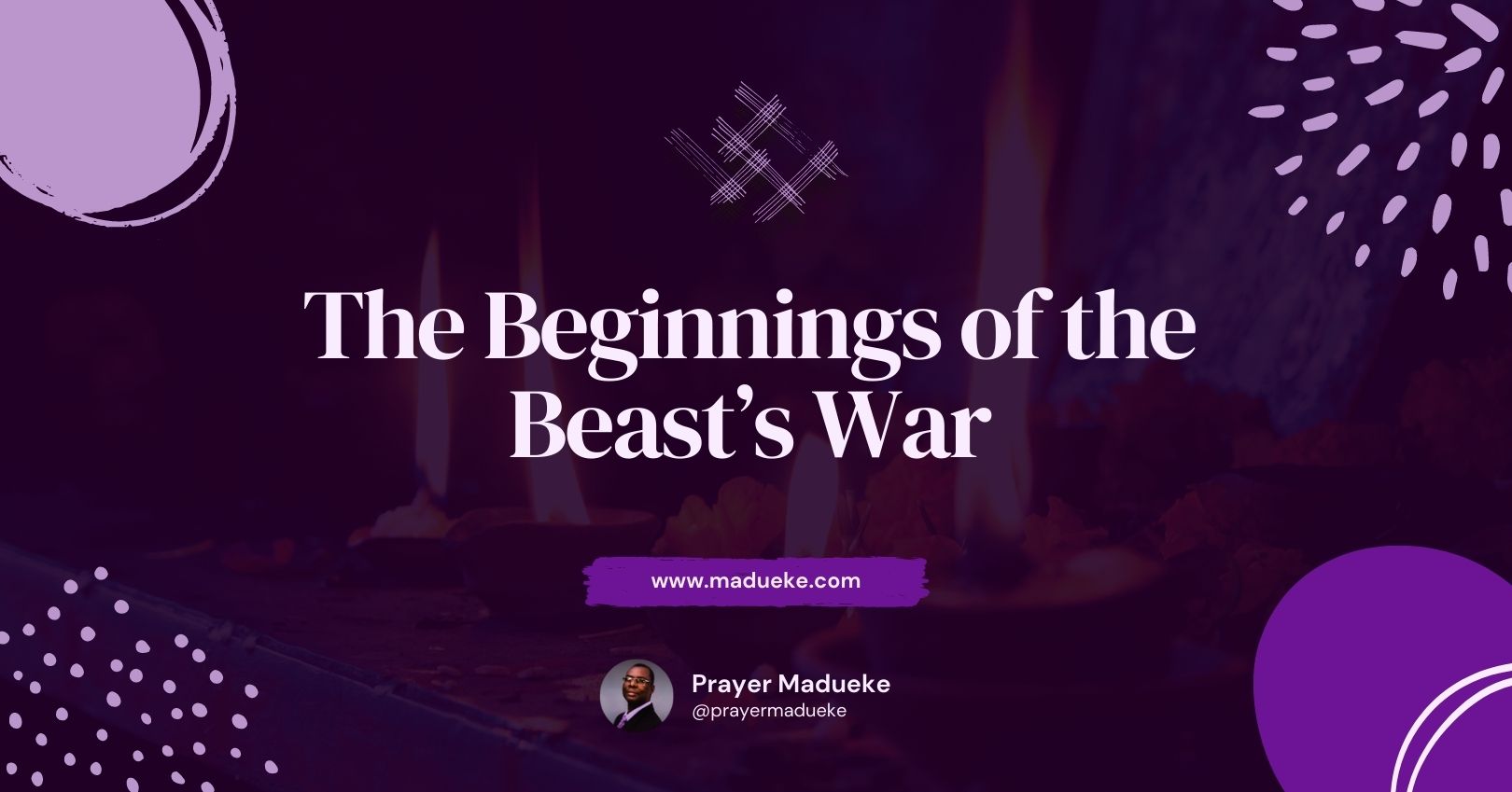 The first battle, the war in heaven and on earth, started with this personality called the dragon or Lucifer. Since he was defeated, there has been a never-ending war between God and Satan, holy angels and fallen angels, Satan-led people and Spirit-led people. The whole universe is involved in the war.

The beast’s war began with the introduction of idolatrous worship and the establishment of himself as god. He changed God’s will to his will, exalted himself above every god, and forced people to follow his way, worship him, and do his will. All his speech, policy, and action contradict the God of gods. He disregarded the word of God, exalted his own word, and destroyed the right ways of life.

‘And the king shall do according to his will; and he shall exalt himself, and magnify himself above every god, and shall speak marvelous things against the God of gods, and shall prosper till the indignation be accomplished: for that that is determined shall be done. Neither shall he regard the God of his fathers, nor the desire of women, nor regard any god: for he shall magnify himself above all’

He hates women, ignores their desires, and magnifies himself above all. He bears the characteristics of a blasphemer because of his assumption of deity. Because he is empowered by Satan, he receives his authority from him; he is controlled by the pride of the devil, and is lawless. He has deceived many with the fake signs he wrought through satanic power, and many will see him as God.

He became very strong, vehement, and the greatest intimidator and persecutor the world had ever known. Antichrist is a demonic mastermind. His might and power came from the devil, who energized him. The world will be amazed at his rise to power because of the unfathomable devastation that he will unleash.

He will scorch men with great heat like never before. He will deceive many people into seeing God as the source of their problems, causing them to join him in blaspheming God. Instead of repenting, deceived men will take sides with the antichrist to speak against God. Literally, millions will die violent, painful deaths during the period of great tribulation.

God warns the Tribulation saints to keep their ears open, to hear God rather than the antichrist. If you have ears to hear now, you will hear God’s true words. The tribulation saints must not allow the antichrist and his army to intimidate them or take them to eternal captivity. They must fight until the end and be patient until death comes in any form. They must not expect any help, accept any help from the antichrist or his agents, or listen to their peace policy. The time of the great tribulation is not good for anyone. It is not a time to fight physically, go to court, or call the police. Patience and faith will be the only available weapons for the saints of the Tribulation period.